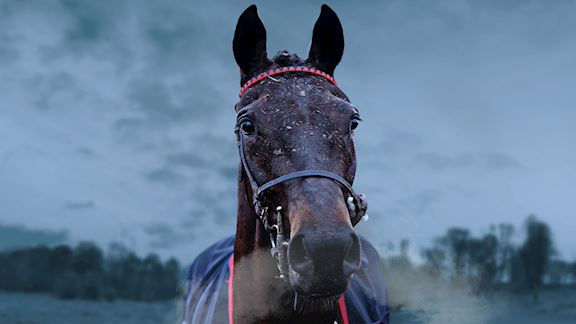 The four entries from Henderson's Seven Barrows yard to the north of Lambourn for the 2019 renewal include the J P McManus-owned Rathhill (9/4 favourite with Unibet). The six-year-old son of Milan caught the eye with an easy success on his hurdling debut at Newbury on December 19.

Henderson commented: "Rathhill won very nicely at Newbury. I was impressed with the performance and he has always looked the part. He has a great temperament and a lovely attitude to life.

"He is a very burly horse, has plenty of gears and two miles will do him for now.

"We decided to run him a week earlier at Newbury because we wanted to give Rathhill extra time before the Tolworth.

"The Tolworth has been a race we've had in mind for him."

The Henderson-trained quartet also includes Birchdale (6/1) and the mare Epatante (6/1), both also owned by J P McManus and winners on debut at Warwick and Kempton Park respectively, plus the Grech & Parkin owned mare Lust For Glory (12/1), last seen when up in a Listed contest at Newbury on December 1.

Paul Nicholls has been enjoying a fine run of form over the Festive period and has entered Southfield Stone (16/1), successful on all three starts so far this season, plus Listed winner Grand Sancy (10/1).

Also going forward is Elixir De Nutz (Colin Tizzard, 9/4 joint-favourite), successful on his latest two outings at Cheltenham including in G2 company and Brewin'upastorm (Olly Murphy, 20/1), who could make a quick reappearance following a close fourth in the G1 Challow Hurdle last Saturday.

Bright Forecast (Ben Pauling, 14/1) carries the famous colours of The Aldaniti Partnership and is unbeaten in two starts over hurdles, most recently scoring at Leicester on December 28.

The richest race on Unibet Tolworth Hurdle Day is the £100,000 Unibet Veterans' Handicap Chase Final (3.00pm, 21 entries). The three-mile contest is the culmination of the 11-race veterans' series, which is restricted to horses aged 10 and above. To qualify for Saturday's contest, contenders needed to have run at least once during the veterans' series.

Trainer Dr Richard Newland has two entries in Rock Gone (11st 3lb 8/1 co favourite), runner-up to Loose Chips in a veterans' contest at Sandown Park on his seasonal reappearance in November, and Band Of Blood (10st 12lb 14/1), who took fourth on his first start of the 2018/19 campaign behind Cultram Abbey in a veterans' handicap chase at Kelso on December 9.

Worcestershire-based Newland said: "Rock Gone is on course for the Unibet Veterans' Final at Sandown.

"He's an 11-year-old now, but has always been a very nice horse. He finished a good second in the Sodexo Gold Cup at Ascot in 2017 and I was pleased with his comeback at Sandown in November.

"He is a horse who has had his issues, but is still lightly raced and hopefully there's more improvement to come in these veteran races.

"Band Of Blood could also go to Sandown for the Veterans' Final. He won twice for us last season and he ran a reasonable race when finishing fourth on his reappearance at Kelso.

"He will come on again for that outing as it was his first run back."

Further spice is added to Unibet Tolworth Hurdle Day with the £22,000 Listed Unibet Mares' Hurdle (12.45pm, eight entries). Among the entries are the Willie Mullins-trained pair of Laurina and Benie Des Dieux, who were both successful at the 2018 Cheltenham Festival.

The seven-race programme at Sandown Park on Unibet Tolworth Hurdle Day runs from 12.15pm through to 3.35pm.

Tickets for the Unibet Tolworth Hurdle Day are available from www.thejockeyclub.co.uk/sandown, by calling 0344 579 3012 or on the gate. Under 18s go free when accompanied by an adult.

Andrew Cooper, Head of Racing and Clerk of the Course at Sandown Park, said today: "We are all set for what promises to be a great start to 2019 at Sandown Park with Unibet Tolworth Hurdle Day on Saturday.

"The going is currently Soft, Good to Soft in places on the Chase Course and Soft on the Hurdle Course.

"The outlook is for a dry, settled spell of weather. We are forecast cooler temperatures with overnight frosts possible from Wednesday onwards.

"Given the forecast, it is likely that frost covers will be deployed from midweek onwards."

Sandown Park is part of The Jockey Club, which stages thrilling sporting occasions including The Randox Health Grand National, The Cheltenham Festival and The Investec Derby. Millions of people every year enjoy the special experiences offered through racing, music, food and entertainment. Governed by Royal Charter, every penny made goes back into British Racing to help the sport thrive. Founded in 1750, today The Jockey Club is the largest commercial group in Britain's second-biggest spectator sport, operating 15 racecourses nationwide, The National Stud, Jockey Club Estates, Jockey Club Catering, Jockey Club Live and the charity, Racing Welfare. More information is available at www.thejockeyclub.co.uk