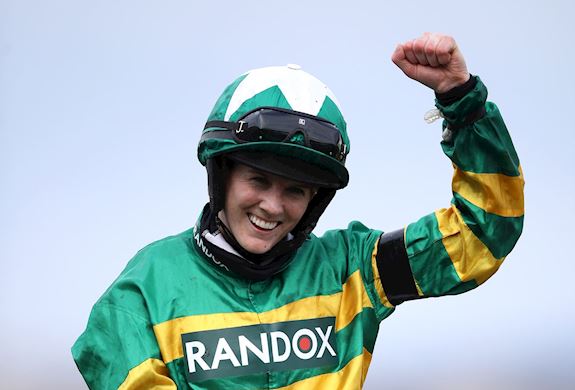 The 31 year old made history by becoming the first female rider to win the leading jockey award at The Festival supporting WellChild at Cheltenham in March, before etching her name in the record books at Aintree three weeks later when winning the world’s greatest steeplechase on Minella Times.

Now she will make her first appearance at Sandown Park on the Henry de Bromhead-trained Plan Of Attack, a 5-1 joint favourite for the feature race on the card with sponsors bet365.

The eight year old was travelling well when falling at the third last in last month’s Fulke Walwyn Kim Muir Challenge Cup at the Cheltenham Festival and his trainer is hopeful he can run well off what looks to be a particularly dangerous mark.

He said: “He seemed to be going well and all I can tell you is Rachael is very keen to go over and ride him. I wouldn’t be a great tipster myself but she seems keen.”

Like the majority of Saturday’s field, Plan Of Attack would be taking his chance from out of the handicap should the current top weight Clan Des Obeaux stand his ground, but de Bromhead added he is not fazed by the presence of Paul Nicholls’ multiple Grade One winner.

He said: “I’d obviously love him (Clan Des Obeaux) to come out, but we’re going to take our chance. It’s 3m 5f and I suppose, like we saw with Minella Times in the National, this guy hasn’t really been tried over this kind of trip.

“We’ve always thought it might suit him so, yes we’re 5lbs out (of the handicap) if Clan Des Obeaux runs, but it’s a very light weight and we’re hoping that we get the improvement for that extra trip.”