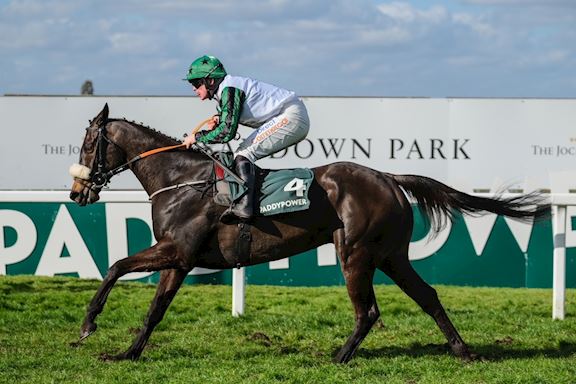 Travelling supremely well, Bowen delivered his challenge approaching the last with the six year pulling clear on the run in to score a nine-length victory in the highly competitive 22-runner contest. Trained in County Kildare by Peter Fahey, the 20-1 chance became the first Irish-trained winner of the Imperial Cup since Victram in 2006.

A quick turnaround will see Surprise Package now head to The Festival™, with Friday’s Grade Three McCoy Contractors Handicap Hurdle at Cheltenham now on the agenda for the Le Fou gelding.

Trainer Peter Fahey said:  I know he would handle that ground but if the ground had been a bit quicker he would have been fine as he handles nicer ground too. He won a good race at Punchestown, the Red Mills Final, for us last season. In fairness, he put in a huge performance that day and he has kept improving away.

“It is great for Paul Leech (owner), who has two horses in the yard with me - this lad and Freedom To Dream, who was fourth at Leopardstown in a Grade One. Freedom To Dream goes now to the Martin Pipe and we are hoping he gets in as there is five or six that need to come out. To have two horses going to Cheltenham, he is a lucky owner.

“I think this horse has physically improved from his last run. I know he was five or six pounds higher today, and I know if he goes to the County Hurdle he will be another five or six pounds higher again, but he is actually a horse that takes his races fairly well. He will go down to Cheltenham tomorrow morning and we will freshen him up. I go back home tonight then will come back on Monday morning and we will see how things are later on in the week.

“It was a great performance today. The way I thought about the race was the when the initial entries came out for Cheltenham, we were thinking of the County Hurdle. Then we said he might not get in but we would have a horse tuned up and ready to go to Cheltenham. Paul in fairness picked out this race. He said why sit on the fence and wait - if we think we are going to run a big race in the County Hurdle, come here first.

“The only thing I said to James is don’t rush him where they cross the chase track as it was tacky ground there. I don’t mind where you are but don’t force him over that furlong and a half. He did travel and when he got on the nicer ground, he picked up and stayed on going away to the line. It was a huge performance. He has run in a couple of big field handicaps in Ireland so he is used to the hustle and bustle.”

James Bowen added: “He was ready for today. He had the experience in big handicaps, which a lot of them didn’t have. That makes a big difference, especially around here.

“It did surprise me a little bit how he has gone through it. It was an Irish horse coming over here who had experience in handicaps. He was a hardened handicapper ready to do the job.”

Bowen has ridden a winner at every UK racecourse. Sandown Park was the last venue he needed to ride a winner at to achieve that feat, which he did last month aboard Peejaybee.

The jockey added: It’s my birthday today so that is a good winner.

“I still wasn’t a fan of the place until today but I’m starting to like it a bit more now!”

The gelded son of Dylan Thomas, who was purchased by Megan and bloodstock agent Tom Malone, sparked wild celebrations from winning jockey Lorcan Williams after providing him with his biggest success in the saddle in the Grade Three contest.

Moving stylishly into contention the 11-1 chance, who was one of two runners in the race for Nicholls alongside 9-2 Favourite Knappers Hill, swept past his rivals on the run to the last before quickening clear up the run in to defeat Marble Sands by three lengths.

Nicholls said: “She actually bought him for Francis (Ong) and Ian (Warwick) so she has always liked him. Full marks to Tom Malone and Megan for picking him.

“I always like to try and get £2 million in prize money before we get to Cheltenham and we haven’t done it very often and that has just cracked two million so that is a fair effort considering we weren’t going well 10 days ago.

“He has run really well. I don’t know how he got beat at Ascot the last day as he jumped the last and did everything right. He has been progressive and getting stronger. We targeted this race with him and it always helps when you target a race.

“The other horse (Knappers Hill) had several options. I apologised to Harry (Cobden) and said I got that completely wrong but we were in two minds whether to wait for Cheltenham.

“That ground has gone against him which is unfortunate. Harry had to miss that and Lorcan got on that and gave him a great ride. Lorcan rode him earlier in the season and it is good to give him a chance like that from time to time.

“It is a good spare ride for him as he is always sitting in the wings and it is not that easy for him to do that waiting for opportunities but when he rides them he gets them right.

“He will get three miles in time as he is a galloper. With another summer on his back, he will be an exciting chaser.

“I’ll probably find one more for him later on but if it was his last run this season it wouldn’t be the end of the world.”

As for winning rider Williams he admitted the victory “meant a lot” with it being his first at graded race level.

He said: “It just means a lot as this is my graded race winner and it is great to do it for the boss and the team.

“He has been a bit unfortunate but I thought today with a big field where there was lots of pace on it would suit him.

Hasty Parisian provided his connections with a poignant success when opening his account with a decisive victory in the Paddy Power Juvenile Handicap Hurdle (2m).

After filling the frame in three of his first four starts the gelded son of Champs Elysees finally struck gold in the mile seven contest to give trainer Milton Harris his 44th winner of the season.

Moving on between the final two flights, the 13-8 Favourite continued to draw clear on the run in before scoring by eight and a half lengths from Langafel.

Victory was an emotional one for Ruth Nelmes, one of the six members that make up The Hasty Parisian Partnership, with it arriving on what would have been her late husband Norman’s birthday.

Jane Davies, her daughter, said: “Dad passed away the Christmas before last and the racing has really helped keep mum going. This is fabulous.”

As for winning trainer Harris he was delighted to have trained another winner for the triumphant connections.

Harris said: “This juvenile is not like the others that have come off the Flat and his first couple of runs he didn’t know what he was doing.

“Ruth’s husband Norman was a great owner and this would have been his birthday today. They’ve been a good crowd and have been with me since I started.

“The whole family want further. Sandown doesn’t ride like two miles and you have to really get the trip.

“That juvenile handicap race at Ascot over a stiff two mile might be just the job for him.”