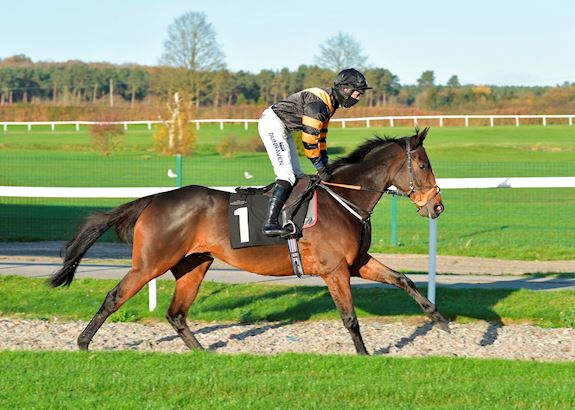 Ballyhome will bid to maintain trainer Fergal O’Brien’s flying start to the season at Market Rasen tomorrow (Friday 18th June) when attempting to register a fifth course success on his return to fences in the MansionBet #betstival “Summer Plate Trial” Handicap Chase.

Having saddled a personal best tally of 104 winners last term, the Ravenswell Farm handler is already on 22 winners for the current campaign, a figure he hopes the gelded son of Westerner can add to in the extended 2m and 5f feature contest.

After winning over course and distance on his most recent outing over fences in November, Ballyhome found only the Lucy Wadham-trained Regarding Ruth too strong back over hurdles at the Lincolnshire venue last month on his first appearance in 169 days.

O’Brien said: “Ballyhome is in great form at home and he ran very well there last time. This was always the next plan, hopefully on route to either the Summer Plate or the Summer Hurdle which he will also have an entry in (both contests take place at Market Rasen on Saturday 17th July).

“Liam (Harrison) is good value for his 5lb claim and he rode him last time and he did a great job. The important thing is he has to go right-handed. I ran him at Uttoxeter once last year and Connor (Brace) said he was beaten before the second hurdle.

“He does just about it see out two miles seven over hurdles but I think this extended two miles five is his trip. The races here are often run to suit as they go quick and he finishes them off very well.”

Peter Bowen expects Lord Bryan to leave behind his failure to complete in the Lincolnshire National over an extended 3m 3f at the track in December by making the most of a drop down in trip on his return from a near six-month break.

The Haverfordwest handler will be seeking a fourth victory in the race since 2011, having previously saddled Gullible Gordon (2013), Book’em Danno (2014) and Earthmoves (2017) all to glory.

He said: “I don’t really know why he ran like he did in the Lincolnshire National but he has had a break now. He should run well as he always runs best when he is fresh.

“He hasn’t got much form over three miles - all his best form is between two and a half and two miles six. He should be competitive off that mark of 117 as he is down to where he should be.”