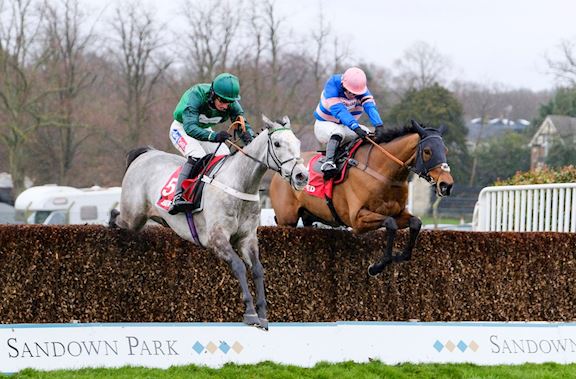 It would be easy to confuse the title of Sandown’s 2½ mile Grade One for novices as being named after the islands off the Cornish coast containing England’s most southerly point. Instead, the race is probably the only sporting event named after a roundabout, namely one situated between the nearby towns of Esher and Kingston.

Perhaps fittingly given Sandown Park’s own quirks such as the Railway and Pond fences, the Scilly Isles is a double roundabout that is notoriously tricky to navigate. With the race being open only to novices (horses who haven’t won over fences prior to the season’s start), it is grounded in difficulty both by name and nature.

Debuting in 1964 over two miles, the Scilly Isles Novices’ Chase was won by a class horse at the very start. Buona Notte was trained by Bob Turnell, thrice a winner of the race, and had beaten Dunkirk in the Henry VIII Novices’ Chase at Sandown earlier in the season. Given Dunkirk became one of the highest rated horses of all time and would go on to beat Mill House among others later in his career, the collateral form of this first running is stunningly strong and a sign of what was to come.

Seven years later a six-year-old named Royal Relief returned the winner. Two years later he was a Champion Chaser and another two years afterwards, he repeated the trick. Until the feats of Moscow Flyer and Sprinter Sacre, he was the last horse to regain the Champion Chase. As with so many young horses, Royal Relief’s career kickstarted at Sandown Park.

Two years later, the top class Killiney would back up success in the Scilly Isles with victory in the Broadway (now RSA) Novices’ Chase at Sandown, following in Buona Notte’s footsteps by proving himself over two and three-mile trips. Unusually, it took until 1981 for a horse to take victory in the Scilly Isles and Arkle, both two-mile contests, when Clayside won the race.

Sandown Park has regularly been a playground for Nicky Henderson and his runners, so it is no surprise that he boasts more victories in the race than anyone else (an incredible six). First of those was First Bout, scoring under Steve Smith Eccles in 1987 the year before a half mile was added to the distance.

Banjo became the youngest winner when driven to success by Adrian Maguire in 1995. The nineties provided a number of fan favourites with a stepping stone to further successes as both the hardy Young Hustler and flashy grey (but virtually white) Senor El Betrutti took the trophy.

The greatest winner of the race can surely only go to one horse. Best Mate, then a green and inexperienced first-season chaser, took the 2001 running. In the proceeding three years, he would win every Cheltenham Gold Cup, the first to win three since Arkle and ensuring racing immortality for himself and trainer Henrietta Knight.

Paul Nicholls had great success in the late noughties as he claimed four successive victories between 2006 & 2009. Four-timers are evidently a trend in the Scilly Isles; owners Simon Munir and Isaac Souede, alongside retained jockey Daryl Jacob, have enjoyed unprecedented success having taken the last four runnings courtesy of Gitane Du Berlais, Bristol De Mai, Top Notch and Terrefort. In so doing Jacob has become the top jockey in the race’s history.

It remains to be seen whether the Munir-Souede-Jacob combination will be aiming for an historic five-timer. Nevertheless, it will be fascinating to see if Sandown Park will uncover another Grade One gem or Gold Cup hero with this year’s race.