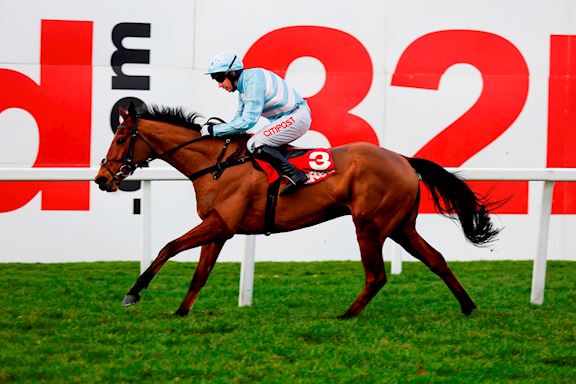 This time last season, the Tolworth Hurdle, Sandown Park and Jump racing’s first Grade One of the calendar year provided the strongest novice hurdling form prior to Cheltenham.

Summerville Boy won the race, followed home by Kalashnikov, with the two going on to fight out the finish to Cheltenham’s Supreme Novices’ Hurdle.

After a relatively dry winter, this year’s renewal of the Unibet Tolworth Hurdle is set to take place on good to soft ground as opposed to the seasonally expected heavy. As such, the race should develop into a contest reliant on speed and slick hurdling over the minimum trip of two miles (1m7f216y).

While connections of last year’s winner do not return for an attempt at back-to-back triumphs, two of Britain’s premier stables send troops to continue their fine records in this race. With five and four wins respectively, making them the two most successful trainers in the race’s history, Nicky Henderson and Paul Nicholls are responsible for half of the six-runner field, the former running Rathhill and the latter the duo of Grand Sancy and Southfield Stone.

Rathhill is as good a starting point as any. Representing the racing powerhouse of J P McManus, he won readily on his debut at Newbury last month in conditions very similar to those under which this contest will be staged. Nicky Henderson has a fine record at converting former point-to-pointers into top class animals and he has been a talked-of horse in the build-up. Sponsors Unibet have him at an outstanding 5/4, making him their current favourite.

Formwise, however, there is no horse in the race who can compete with Elixir De Nutz (13/8 with Unibet) of Colin Tizzard’s yard. After a slow start to his hurdling career, he has racked up successive victories at Cheltenham, one of them a Grade Two, with the most recent a defeat of a subsequent Grade Two winner whilst conceding 10lb. Regular rider Harry Cobden is retained by Nicholls for this contest so Tom O’Brien will take the ride and likely continue with the tactics that have worked so effectively thus far, namely, go off in front and stay there.

Of the Nicholls pair, Grand Sancy (15/2) is a Listed winner as well as having finished fourth in a hot handicap at Ascot before Christmas. He is the most exposed but represents a good yardstick while all of Southfield Stone’s (8/1) victories have been at a lower level to date though he may be capable of more yet.

The final couple could well have a say too. Idee De Garde (28/1) is very well thought of by Skeltons Dan and Harry. He is yet to win over hurdles but there is likely to be a fair bit hidden in the locker as yet while Mercy Mercy Me (25/1) was an excellent bumper performer for Fergal O’Brien last season. Also a maiden, he has been plunged into top company from an early stage and will have the benefit of experience where others may be lacking.

The last four winners of this race have gone on to record further Grade One successes thereafter. These six have a lot to live up to, but judging by the card, the quality is there for one of them to emulate previous victors. A cracking battle looks in store.