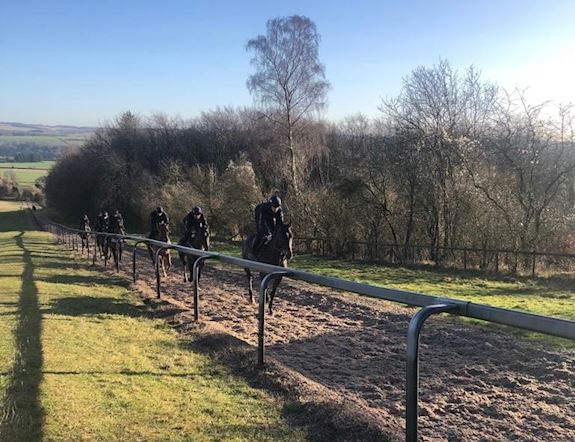 For the first time in five years, there will be a name on the Scilly Isles honours board that it is not Daryl Jacob.

He, Simon Munir and Isaac Souede have dominated the contest from 2015, but have taken a step back for 2019, perhaps recognising the standard of opposition they would be up against in seeking a five-timer.

Lostintranslation has shot to the head of the market for the JLT Novices Chase at the Cheltenham Festival after battling back to beat Defi Du Seuil in the Cotswolds last time out. The two reunite tomorrow bidding for their first chasing Grade Ones. The former has been beaten twice by the excellent mare La Bague Au Roi this season, but she has gone on to record a top-level success in Kempton’s Kauto Star Novices’ Chase. As such, Lostintranslation’s form has been significantly franked though he does have a jumping error in him.

The same can be said of Defi Du Seuil who was very wayward on his debut. Yet, he has gone from strength to strength since, only being narrowly touched off by Lostintranslation on New Year’s Day and connections will fancy their chances of reversing the form with their former Triumph hurdle hero, especially given he is 3lb better off this time around.

Somehow, despite their form, neither of the aforementioned is favourite. That goes to Kim Bailey’s unbeaten Vinndication, a potential superstar. He has not had things his own way in both chasing starts to date but he has asserted dominantly by the line on each occasion. His fluid jumping and powerful stride have seen him acquire a following and on his toughest assignment to date, he is sure to be popular as he looks to extend his invincible run.

Two others seek to challenge the favoured triumvirate. Warren Greatrex sends Mulcahys Hill down off the back of wind surgery over Christmas. He was beaten just a short-head in a Grade One Novices' hurdle last season and though his form tailed off thereafter, he returned to something like his best when only narrowly beaten by Jerrysback at Bangor when initially reluctant to take part. On a form line through the winner Jerrysback, runner-up to Vinndication last time out, Mulcahys Hill lines up as a livewire outsider.

The final contender is family oriented as Gary and Jamie Moore team up with Dell Oro. He had bumped into some worthy winners on his first two starts over fences but was authoritative in claiming his first victory at Huntingdon latest. That was impressive for a novice and he will not simply be making up the numbers in a fiercely competitive contest.

Whoever wins the 2019 888Sport Scilly Isles Novices’ Chase will fancy their chances in Grade One company not only for the remainder of the season, but far beyond as well. With Gold Cup and Champion Chasers on the roll call the future of the winner will be very bright indeed.