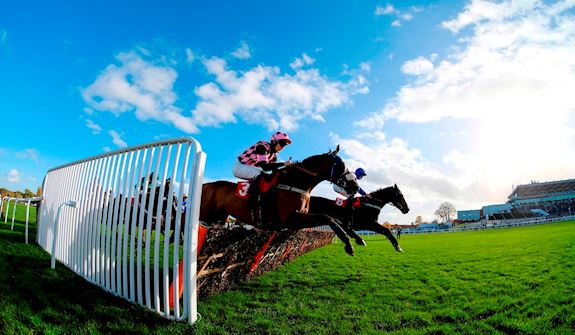 A closer look at Veterans and Intermediate Chases'

Following another spirited Flat season, our Virgin Bet Countryside Day season opener raises the curtains for the Jumps and is now just another three weeks away.

Not exactly a bad way to get action over the sticks started before the sparkling Betfair Tingle Creek Festival.

Undoubtedly, one of the highlight events of the fixture in a few weekend's time is the Veterans' Handicap Chase, a contest ran just over three miles and competed in by rivals at least of the age of ten years old or over in a bid to land the majority of the £30,000 spoils.

Sandown Park has the privilege of hosting the ninth instalment of the Veterans' Chase Series, an idea brought to the fore by the BHA as a way of providing opportunities for older equine contenders to have more chance of winning in comparison to more valued races.

Charlie Longsdon's popular Loose Chips stole the headlines in last year's renewal, adding to his victory in the same race back in 2016, winning by a handsome margin of eleven lengths with Paul O'Brien in the saddle.

And it doesn't stop there.

Also on the card is a top Listed race in the form of the Future Stars Intermediate Chase, a Class 1 event which saw Elegant Escape see off three fellow-creditable rivals last year after Might Bite's eight-length conquering of Frodon the season prior.

Add 2015 Cheltenham Gold Cup hero Coneygree to that roll of honour and it's a fairly esteemed list.

'Future Stars', indeed, and who knows which potential heroes will take to the Surrey track next month in a bid to lay down an early marker for the season ahead.

There are not many other better ways to spend a Sunday than in the cool November watching racehorse's soar over timber and fence, and if our season over the sticks is half as good as our turf events including the Coral Summer Festival, we are in for a treat across the upcoming winter months.

Make sure you don't miss a moment and secure your tickets today!