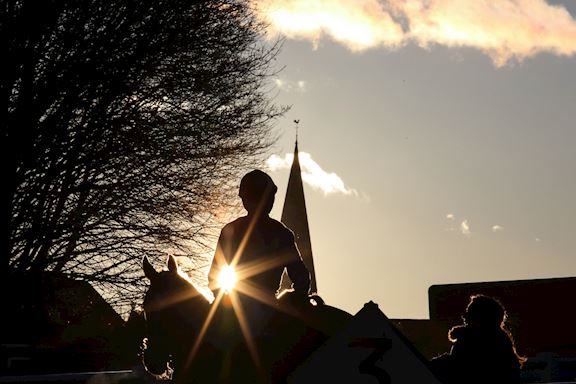 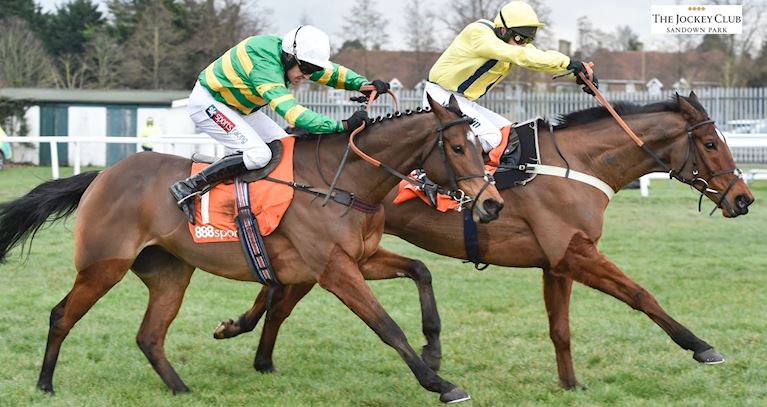 Trainer Phillip Hobbs, who won the race with Flagship Uberalles in 2001, commented;

“We are aiming for the Tingle Creek and I am looking forward to it. He is still only six and he could be better over a longer trip but we don't know that yet. There is plenty of room to improve further but he is already a very high class performer.

“I am sure he would stay further. When he won at the Cheltenham Festival it was over two and a half miles, so that will not be a problem. However, the two mile division at the moment looks like the weaker division. He has got plenty of speed for two miles so it makes sense to aim for the Tingle Creek.

“I always think that Sandown is a stiffer track then Cheltenham. From the pond fence to the line it is a real test of stamina so it should suit him better than Cheltenham and he managed to win at Cheltenham over two miles so it should be more in his favour.

“He was as fit as we could get him before Cheltenham. Most horses improve a bit for their first run of the season. I don't think there was a lot left to work on, I wouldn't want to be running him in Graded races when he is three quarters fit. He certainly might of come on a little bit but I don't expect massive improvement after that.

“I think you take every race one after another and reassess afterwards. We will run him at the trip which we think he is going to be most effective at and it will depend a bit on the opposition and what else is turning up as well.”

The Betfair Tingle Creek Chase is held on Saturday 7th December with some tickets limited availability.