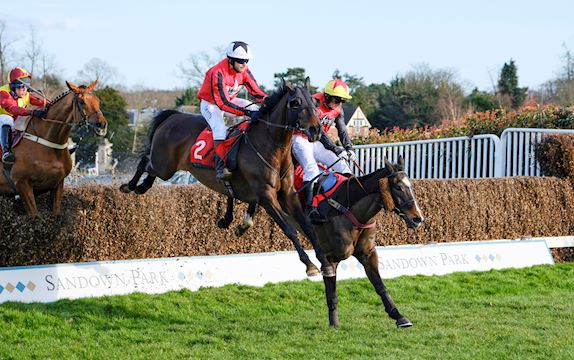 It is a privilege for anyone to host a sporting first. The Unibet Tolworth Novices' Hurdle is one such first: the opening Grade 1 of the British Jumps calendar, as it has been since its inauguration in 1976.

The first running of the Tolworth Hurdle of the decade bears the hallmarks of another excellent spectacle. The two winningest trainers in the race’s history both boast an exciting novice, while the defending champion sends the current market leader from his base in Dorset.

That runner is Fiddlerontheroof for Colin Tizzard. He hasn’t been as prolific as a few of his rivals, but he has kept stellar company, going down by only two lengths to the unbeaten Thyme Hill on his debut over hurdles in a Grade 2. Since then, he has broken his duck, winning a course and distance novice event last month in breathless style. He is boosted by the presence of Robbie Power in the saddle, who’s last three winners in Britain have all been aboard Tizzard-trained novices.

The other two aforementioned handlers are powerhouses Nicky Henderson and Paul Nicholls. Both have enjoyed sustained success over Christmas to match their rates over many seasons. Henderson’s runner, Son Of Camas, was impressive enough in a Newbury bumper in November that he was sent over hurdles three weeks later at the same track where he won again. Nico de Boinville partners him again while Nicholls’ Calva D’Auge runs in the colours of the popular Owners Group syndicate. He was a respectable second in Listed company last time, but looked to really appreciate heavy ground conditions on his first British start the time before. Any rain, while a negative for spectators, will do his chances little harm.

Elsewhere, two other challengers enter the contest off the back of victories. Hang In There, for Emma Lavelle and Aidan Coleman. He is the sole Graded winner in the field after victory in the Grade 2 Supreme Novices Trial at Cheltenham two months ago. That is arguably the form the others have to match here while Fergal O’Brien continues to have a magnificent season on and off the course (his stable’s twitter account comes highly recommended). Silver Hallmark downed a useful bumper performer in taking fashion at Chepstow, showing a likeable attitude over his hurdles.

The mare Jeremys Flame is the most intriguing entrant. Gavin Cromwell sends the six-year-old over form his base in County Meath. She has run highly creditably in defeat the last twice in competitive mares only races and her 7lb allowance assures she can challenge. Cromwell knows how to handle a two-mile hurdler, of course, having taken the 2019 Champion Hurdle with ready winner Espoir D’Allen.

Lastly, though Logan Rocks may be an outsider, that is testament to the strength in depth of this year’s Tolworth field. He was defeated under a penalty at Doncaster, but returns to a right-handed track, over which he was a tidy winner at Huntingdon on his hurdles bow.

Our guest article is written by Joe Napier, a media student and blogger.