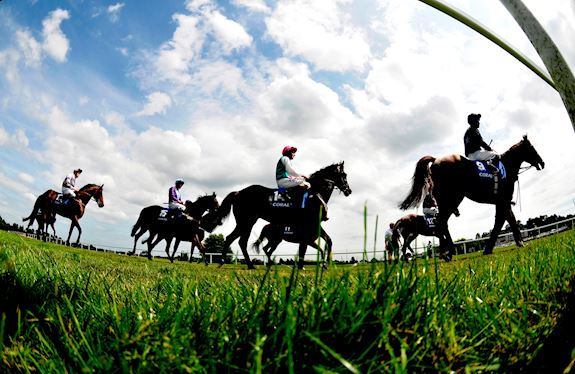 Coral-Eclipse prize money boosted by 50% to record £750,000 as part of 5-year sponsorship extension

Coral’s sponsorship of the Coral-Eclipse at Sandown Park has been extended for a further five years, it was announced today, and the Group 1 contest, known as the clash of the generations, will now be run for a record £750,000 from 2018.

The prize money increase of £250,000 above 2017’s £500,000 total is a direct result of this deal and sees investment by Coral and The Jockey Club. This significant increase is a reflection of the high quality of runners the race has attracted in recent years and seeks to preserve the appeal of the race both domestically and on the international stage.

The Coral-Eclipse is the longest-running sponsored Pattern race in Britain. The 2018 renewal will be the 43rd running as the Coral-Eclipse and this new extension sees the relationship run through to 2022.

Sandown Park’s flagship flat race is run over 1m 2f and is the first opportunity for the three-year-old Classic generation to take on older horses at Group 1 level.

“We are delighted Coral have extended their partnership with us. This is one of the longest running sponsorships in British racing and we are hugely grateful to Coral for their long and continued support. Their enthusiasm and commitment to the Grade 1 race has enabled us to increase the prize money for this year’s race to record levels. I am thrilled that this year’s running will be the richest Coral-Eclipse ever run and am pleased to say that in line with The Jockey Club’s prize money announcement at the end of last year, we continue to invest in prize money at all levels of the racing programme at Sandown Park. The Coral-Eclipse is the pinnacle of Sandown Park’s flat racing calendar and we look forward to another exciting renewal this year.”

“The Coral-Eclipse is our flagship sponsorship, and we are incredibly proud of our longstanding association with the race and with Sandown Park that has spanned an incredible 43 years. It is however vital to ensure that this prestigious and enduring Group 1 race maintains its pre-eminent and unique position in the Racing calendar and we are thrilled that the Jockey Club with our support is increasing the prize money by 50%.”

The race is named after Eclipse, who was foaled in 1764 and is arguably the greatest racehorse of all time. He raced 18 times and was unbeaten and retired to stud after three seasons. It is estimated that an incredible 95% of thoroughbreds can be traced back to Eclipse, including modern day greats such as Frankel, Many Clouds, Desert Orchid and the 2015 Derby and Coral-Eclipse winner Golden Horn. The race is in the Middle Distance category of British Champions Series.

In December 2017 The Jockey Club announced it will increase its prize money contribution across its racecourse group by a record £4.2 million in 2018 to see it contribute a record £27.1 million to prize money from its own resources, subject to abandonments, and spread across all levels of the sport. Total race values offered across The Jockey Club’s 15 UK racecourses are set to exceed £53 million, a new record and an increase of £8 million year-on-year. The Jockey Club’s 348 racing fixtures scheduled for 2018 will offer, on average, record total race values of £153,000 per fixture. This compares to the average prize money per fixture of c£86,000 at fixtures run outside Jockey Club Racecourses in 2017.

This year’s Coral-Eclipse Day will be held on Saturday 7th July. Tickets will be available at: sandown.co.uk

Sandown Park Racecourse is part of The Jockey Club, which stages thrilling sporting occasions including The Randox Health Grand National, The Cheltenham Festival and The Investec Derby. Millions of people every year enjoy the special experiences we offer through racing, music, food and entertainment. Governed by Royal Charter, every penny we make goes back into British Racing to help the sport thrive. We were founded in 1750 and today we are the largest commercial group in Britain’s second-biggest spectator sport, operating 15 racecourses nationwide, The National Stud, Jockey Club Estates, Jockey Club Catering, Jockey Club Live and our charity, Racing Welfare.