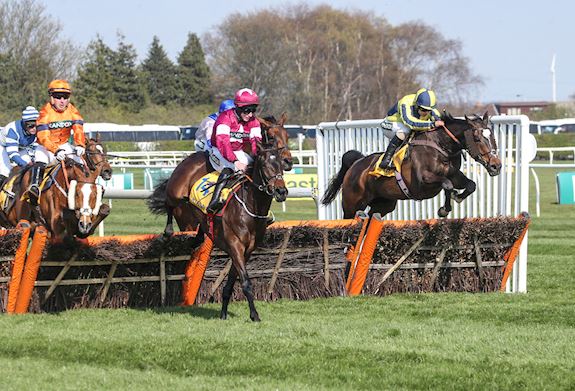 Jockey Sean Bowen scored his first Grade One win in the £180,000 Ryanair Stayers' Hurdle aboard the Harry Fry-trained If The Cap Fits, who stepped up to three miles for the first time.
Seven-year-old If The Cap Fits got the best of a thrilling three-way finish with 5/6 favourite Apple's Jade, eventual third, and runner-up Roksana (10/1). If The Cap Fits won by a head at odds of 7/1, with Apple's Jade a neck behind Roksana.
Bowen said: "It's unbelievable, I can't believe it, it's brilliant. Harry has obviously been great to me this season and it's fantastic to repay him with a winner like that. It's nice to get Noel [Fehily, who recently retired from race-riding] out the way as well!"
The son of Milan had previously been ridden by Fehily, who retired from race-riding at the age of 43 last month. Fehily was one of the first to congratulate Bowen.
Bowen continued: "If The Cap Fits has a lovely way of racing over three miles. He relaxed beautifully, travelled really well without being too keen and jumped really well, bar the last when I needed a good one. He missed that and I thought, 'race over. I'll wait a bit longer for my first Grade One winner'.
"There wasn't a whole lot of room; he did very well to battle between two horses getting sandwiched like that, and the two mares were getting 7lb off him as well. He was tough from the back of the last and he's a gutsy horse.
"Everywhere I went, I couldn't have been happier with the way I was going. I was tracking the right two into the straight, and obviously the question mark was whether he would get the three miles, and he got it very well." 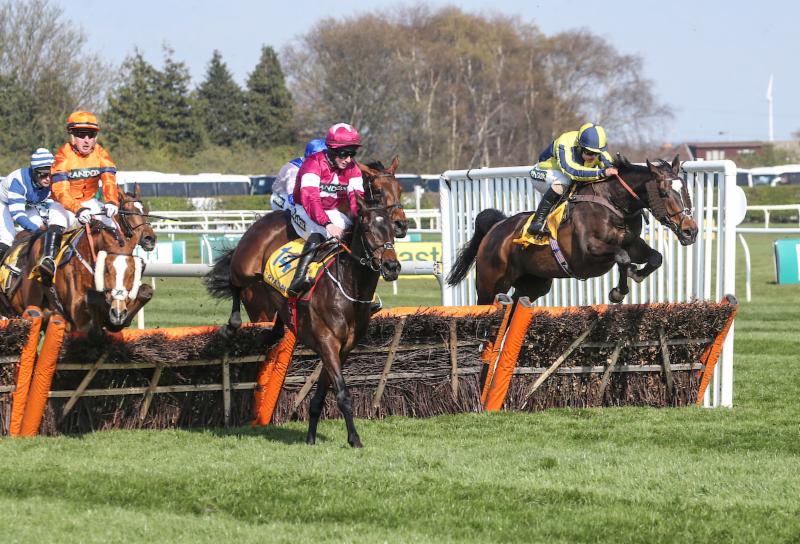