This fixture has now passed. Please see our Whats On page for current fixtures.

It may be wet, it may be windy, but it will be wonderful.

As the Cheltenham Festival gets ever-closer those looking for some final clues will be paying close attention to Close Brothers Chase Day at Kempton Park.

With four Graded races, there is no shortage of quality on offer, as a quick look through the roll of honour for the Grade Three Close Brothers Handicap Chase will demonstrate.

Not only did four-time King George VI Chase winner and 1989 Cheltenham Gold Cup hero Desert Orchid claim this race in 1990 but the three mile prize has also been used as a stepping stone to Grand National glory in the same year by both Rough Quest (1996) and Rhyme ‘n’ Reason (1988).

Running alongside the feature contest is the Grade Two Close Brothers Adonis Juvenile Hurdle, which has been won by the likes of Zarkandar (2011), Penzance and Mysilv (1994), all of whom backed up their wins in the following month’s Triumph Hurdle at the Cheltenham Festival.

Tickets for this event are not yet available to book. Please continue to visit our website, check our social media channels and email newsletters for news, updates and racing at home content. And don’t forget you can watch our current racing live on Racing TV and ITV Racing. 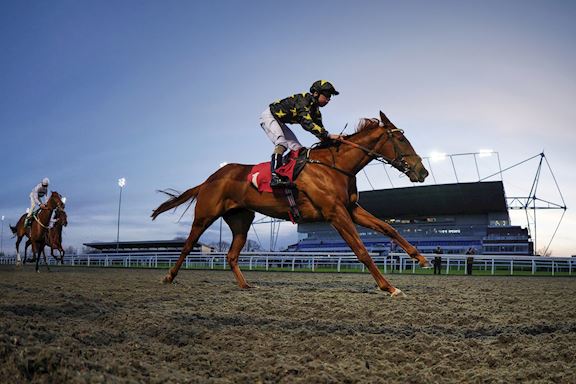 We are pleased to be able to welcome back owners to our racecourses in line with the Government’s roadmap for easing lockdown restrictions.

As part of a phased, risk-managed approach, attendance at our racecourses from April 12th will be limited to a maximum of six owners per horse, unless when stipulated otherwise. Owners attending must comply with our terms and conditions of entry and the Government restrictions, including regarding social mixing between households.

Light refreshments will be available and there will be no time limit on how long owners are permitted to remain on course.

We wish you every success on the day and look forward to you joining us at our racecourse soon.

Further information and more details are available in the BHA's Owners Guide.

You can watch all the recent replays on our website, shortly after the horses cross the final post.

All you need to know for a great day out

Whether you're looking for local accommodation, or need to plan how to get to our course, find out everything you need to know ahead your visit.

Find answers to our most frequently asked questions here