Murphy has just returned from a successful three-month stint in Japan, where he enjoyed one of his biggest victories to date on Suave Richard in the G1 Japan Cup at Nakayama in late November.

While Murphy has been away, Rainbow Dreamer (Alan King) has established himself as the leading All-Weather stayer in Britain, with two handicap victories at Kempton Park followed by a Fast-Track Qualifier success at Wolverhampton on January 13.

Today's victory extends Rainbow Dreamer's record on the All-Weather to five wins from five starts and he has now won two of the four Fast-Track Qualifiers for the £150,000 Betway All-Weather Marathon Championship at Lingfield Park on Finals Day, Good Friday, April 10.

The seven-year-old, sent off the 8/15 favourite, lined up against the 110-rated King's Advice (Mark Johnston/Joe Fanning) and French raider Chipiron (Andrea Marcialis/Pierre-Charles Boudot), who was also in a rich vein of form following All-Weather successes at Chantilly and Deauville.

King's Advice dictated the pace from the get-go, but it was clear at the top of the straight that Rainbow Dreamer had his measure. Rainbow Dreamer led entering the final two furlongs and pulled readily clear in the closing stages to score by four lengths. Chipiron was second after briefly looking a threat halfway up the straight, with a further three and a half lengths back to King's Advice. 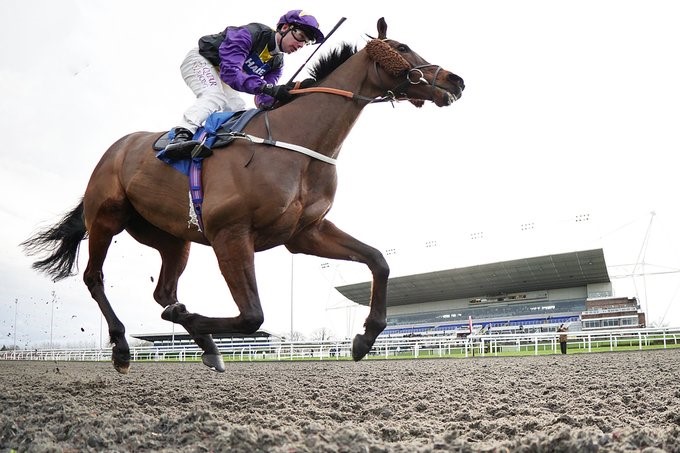 Murphy said: "Rainbow Dreamer has been flying on the All-Weather, but Mark Johnston's horse obviously had a good level of form, so although there were only three runners, it was quite a competitive affair on paper at least.

"I rode Rainbow Dreamer at Haydock last year on quite soft ground [finished 8th in Old Borough Cup] and I thought going up in trip for the Cesarewitch would be a very good race for him, but he disappointed a little bit. I see no reason why he can't go back on turf and do well through the summer.

"Rainbow Dreamer has a good turn of foot and is going up into the higher ratings now. You can really look at him as a very decent horse."

Reflecting on his time in Japan, Murphy continued: "I was there with Ryan [Moore], Frankie [Dettori], Christophe Soumillon and William [Buick], so it was very competitive, but I enjoyed it.

"The level of horses running there through the autumn and winter is very high, and that is the main reason I go there.

"The Japan Cup win is a day I will never forget. I get great opportunities there and I am very grateful. I hope I can continue to go there.

"I will keep very busy with trips to Dubai, Saudi Arabia and Bahrain over the coming weeks, but it is time to get back to work in England. The annual tally might not be important to the press and most people, but to me it is."

ABOUT THE ALL-WEATHER CHAMPIONSHIPS