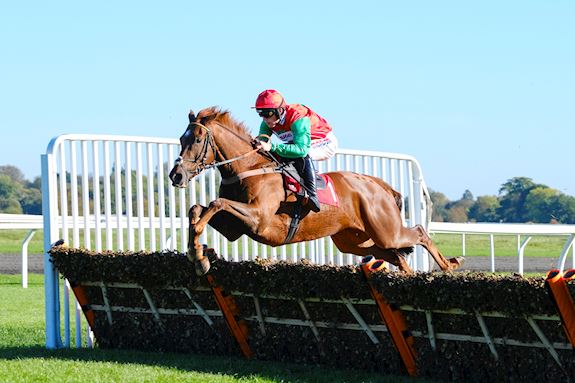 Two Listed races ensure a warm welcome back to the Jumps

We start our 2020/21 Jumps Season at Kempton Park on Sunday with a fantastic seven-race card sponsored by our partners Racing TV and we simply can’t wait. Having our first Jumps fixture of the new season also signals that our pinnacle of the winter period, the Ladbrokes King George VI Chase isn’t exactly a million miles away now.

The first of the two Listed races – the Racing TV Novices’ Hurdle - takes place at 2.22pm and features some in-form contenders with potential to boot.

For Pleasure has been a bit of a revelation this summer, winning his last three races and doing so in exuberant fashion. Under a penalty last time out at Stratford, he ended putting some highly-touted rivals to the sword and was unchallenged. A big improver, he’ll be the one they’ll all have to catch.

11-times Champion trainer, Paul Nicholls, made a brilliant start to the new season at Chepstow last weekend and he saddles Fidelio Vallis here. He won over course and distance just before lockdown and this five-year-old could offer much more.

The recently returned Aidan Coleman gets the mount on Sangha River for Olly Murphy. He looked really good in two Novice hurdle successes this summer before disappointing at Uttoxeter.

The Racing TV Hurdle is our second Listed event on the card at 3.32pm and sees six intriguing contenders squaring off against each other.

Verdana Blue, who provided an upset when beating stablemate Buveur D’Air in the 2018 Christmas Hurdle here, returns to this sphere having run a great third on the Flat in the Ebor.

Silver Streak, rated two pounds her inferior, won this race with plenty to spare 12 months ago and finished sixth in the Champion Hurdle when last seen and has to a major player in this.

Ditcheat throw Diego Du Charmil into the mix and we last saw him over course and distance in February running well behind Song For Someone in the transferred Kingwell Hurdle. The improving Teqany from the red-hot Fergal O’Brien yard certainly rates as the dark horse in this race but will need to step up in any case.

One of the most competitive races on the card is the 2.57pm, the Bet At Racingtv.com Handicap Chase over 2m 2f.

Locker Room Talk heads the weights for the Nigel Twiston-Davies team and was in great form when last seen earlier this year.

Harry Cobden gets the leg up once more on Darling Maltaix, who pretty much had a hack around Ludlow last time and should be fit to feature again here just 11 days on.

The Racing TV Juvenile Hurdle gets the card underway at 1.15pm and couldn’t be very informative going forward. Only two of the eight runners have experience over hurdles before and could well go to a newcomer over obstacles.

Trainer Alan King does well in these races and targets Chinese Whisperer, a fair performer on the Flat who could do better over hurdles.

Champion trainer Nicky Henderson and Nico de Boinville team up with Overpriced Mixer, again another who’s shown ability on the Flat and could now improve.

Viroflay is interesting recruit from France for Ditcheat and won a race on the all-weather in Pau and he really does take the eye.

We can't wait to get the season underway - good luck to all connections and to you watching from home.