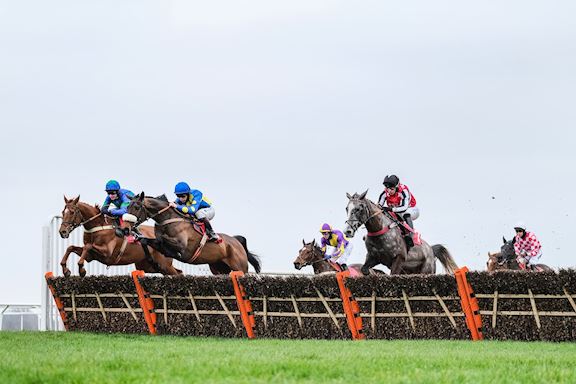 Four fantastic days of racing at Cheltenham are always immediately followed by a highly competitive card at Kempton Park and this year is no different.

With the action continuing behind closed doors while COVID-19 restrictions remain in place, racing fans are having to make do with enjoying the coverage on ITV Racing and Racing TV. We sent Graham Clark to review the action and speak to the winners on the day…

SWITCH IN FORTUNES FOR NICHOLLS AFTER FESTIVAL DISAPPOINTMENT

Trainer Paul Nicholls may have drawn a blank at The Festival™ supporting WellChild this week but the 11-time champion trainer was on target at Kempton Park with Switch Hitter, who struck gold in the Virgin Bet Silver Plate Handicap Hurdle.

Having been balloted out of Wednesday’s Coral Cup at The Festival, the six year old returned to winning ways when leaving his defeat at the track on Boxing Day behind him.

Racing front rank alongside Vive Le Roi throughout the 11-2 chance showed an admirable attitude to hold off Breffniboy, who was chasing a sixth success this season, by a neck.

Victory in the 2m 5f prize under Bryony Frost made it two wins over course and distance and Nicholls, who also won the race in 2017 with Brio Conti, was understandably delighted.

He said: “The concept of these consolation races is brilliant. I’d entered this horse at Cheltenham to get balloted out to come for this race. It’s nice prize money and it’s a good race this weekend for horses that aren’t good enough to go to Cheltenham really.

“He doesn’t want to run in the winter when the ground is really soft. He will make into a lovely chaser next year. He has won a point-to-point so he will jump fences. He is a bit racy but after a few schools in the autumn he will be fine.

“He could go to Sandown on the last day of the season as there is a two and a half mile handicap hurdle there if the ground was quick. He could go there or come back here for a novice chase in May.”

TRIP TO JUMP FINALE DAY IS NEXT FOR PASVOLSKY

An outing to bet365 Jump Finale Day at Sandown Park next month is also likely to be next on the agenda for Pasvolsky, who returned to winning ways with a battling success in the Virgin Bet Novices’ Hurdle under Tom Cannon.

After filling the runner’s up spot last time out at Huntingdon, the Chris Gordon-trained six year old went one better when overhauling Straw Fan Jack by a length and a half to add to his previous wins this season at Wincanton and Fakenham.

Gordon said of his 6-1 winner: “The plan was to finish in the first four and go to Sandown for the final (the bet365 Novices’ Championship Handicap Hurdle). I think we have probably blown our handicap mark for that but it was another winner for his owners.

“They have got a nice horse and something to look forward to next season. We might still go and have a look at the Sandown race as it is a fantastic prize. That has been the aim and still think we have to head towards it.”

Donald McCain celebrated a rare winner at the track after Onthefrontfoot opened his account for the campaign when repelling Eskendash by a length in the Virgin Bet Novices’ Limited Handicap Chase.

Jonathan Burke, winning rider, said of his 6-1 winner: “When I jumped the third I knew I was in business. Donald said he might be over-fazed at Kempton as he is not the biggest of horses.

“On paper there was a lot of pace and Donald said a strong two miles is what he is crying out for. The good jump at the last sealed it for him.

“He is a tough and hardy horse who enjoys racing and enjoys jumping.”

The 8-1 chance stamped his authority over his eight rivals in the two mile prize in the manner of a horse destined for bigger and better things. The victory also gave owner Steven Packham a much needed boost, following Goshen’s disappointing effort in Tuesday’s Unibet Champion Hurdle.

Travelling well throughout, the Authorized gelding eased past favourite Walking On Air late on before clearing away to score by four and a half lengths and set up a potential tilt at the Grade Two Weatherbys nhstallions.co.uk Bumper at Aintree in three weeks’ time.

Moore said: “He is a nice horse and we have liked him for a long time. My only worry was how well would settle and if he would stay the two miles. I don’t know how good the race was but he was hugely impressive and I don’t usually get winners in bumpers. He wants minding as I think he will be nice.

“I will have to see how he comes out of the race and speak to the owner but he if comes back eats up well and seems fine Aintree is a possibility.”

WIND OPERATION DOES THE TRICK FOR CURRAN’S STALWART

Sean Curran received more than he bargained for with stable stalwart Domaine De Lisle, who ended a recent spell in the doldrums with a five length victory in the Virgin Bet Handicap Chase.

It was the eight year old’s first start since undergoing a wind operation and Curran said of the 14-1 winner: “David Bass rode him last time in the Ascot race that he won last year and he said his wind was bad.

“Fair play to Ben Brain (vet) who did a great job (on the wind operation) and my vet Peter Thurlow, who has been a big help as well. It has been an all-round team effort.

“I was just hoping for a competitive run as he has had a rather up and down season. I knew when they turned in I thought he would pick them up. They went hard and it turned into a staying two mile four race. I’m pleased that he has just come back in the winner’s enclosure and run a race and the win is a massive bonus.”

Peur De Rien ensured trainer Oliver Sherwood remained in his wife Tarnya’s good books after taking a step up to three miles in his stride.

The eight year old ran out a three and three quarter length winner of the Virgin Bet Free Bets For Winners Handicap Chase and Sherwood explained why the victory would make him popular back home in Lambourn.

He said of the 11-2 chance, which completed a double for rider Johnathan Burke on the day: “Tim Syder owned him when he was younger, then the British Racing Club took him on. Then when they couldn’t have him I took him on as otherwise the wife would have divorced me!

“It’s nice to have a good winner and Mrs Sherwood will be pleased. On the bit better ground around here I was happy to step him up in trip.” 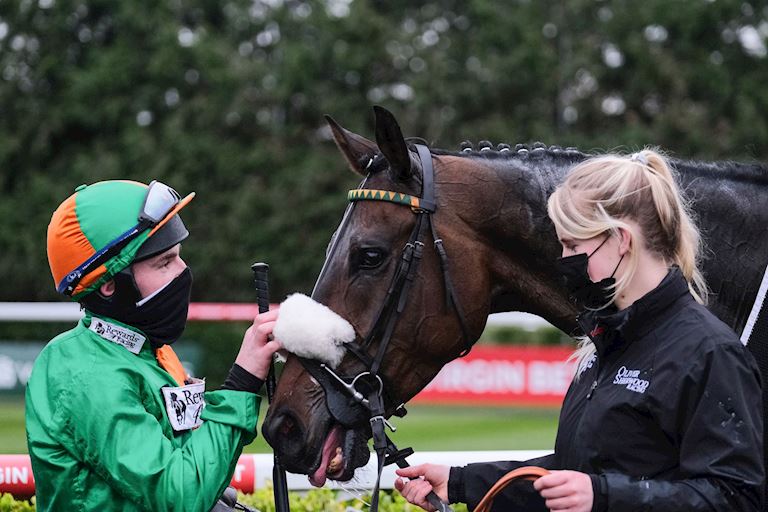