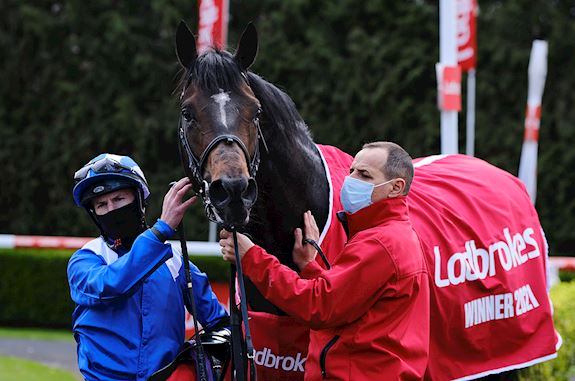 Al Zaraqaan secured a poignant success when completing a four-timer in the manner of a horse with plenty of big days still ahead of him in the Ladbrokes Roseberry Handicap at Kempton Park today.

The William Haggas-trained four year old was the first horse to score in the famous blue and white silks of his former owner Sheikh Hamdan Al Maktoum (now registered as Shadwell Estates Company), who died aged 75 on Wednesday, when carrying top weight to glory on his return to action.

Having travelled strongly throughout the 1m3f contest the son of Golden Horn, despite hanging to the right during the closing stages, demonstrated a willing attitude to get the better of a late battle with Almighwar, who was also carrying the famous Sheikh Hamdan colours, before scoring by three lengths.

Maureen Haggas, wife and assistant trainer, said: “It’s a poignant success as Sheikh Hamdan was a star. It’s tragic as he was such a nice man that really loved his horses. He supported his trainers morally not just financially. He always wanted to know what the trainers thought and you could always talk to him. If he had one opinion and you had another you could have a discussion with him about it. He was a very nice man that will be greatly missed.

On the Evens winning favourite she added: “He is a nice horse but mentally he is still a bit babyish and he was shouting away before the race. Since being beaten first time out, he has not done much wrong and hopefully, he can turn into a real nice horse.

“He was hanging a little bit late on when he wasn’t really focussing but he was really excited to be back out again. He didn’t run that long ago but we did let him down a bit so he will definitely improve for the race.

“This suited him much better than Lingfield as he is a big horse. Hopefully, he will be better still when he goes back on grass while I imagine he would get a little further.” 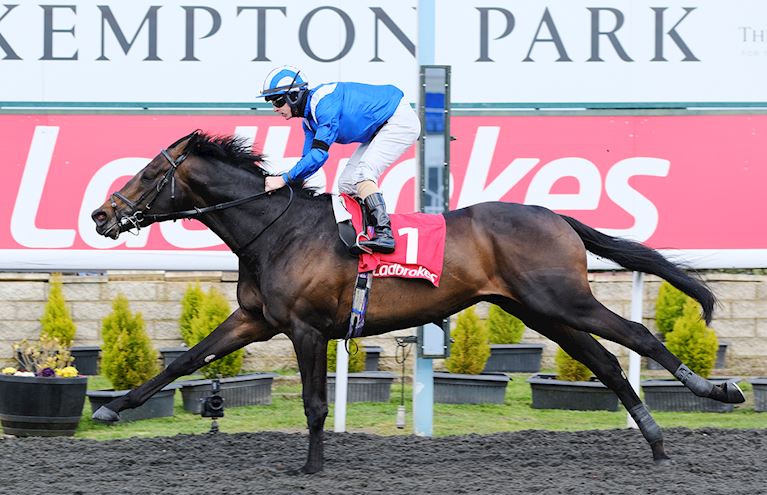