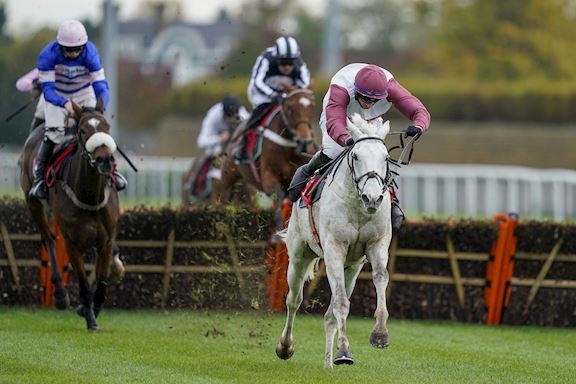 Trainer Fergal O’Brien hopes Teqany can put his match fitness from the Flat to good use and complete a long-term plan by preventing Silver Streak from claiming a third successive victory in the Racing TV Hurdle at Kempton Park on Sunday (October 17th).

The seven year old chased home the Alan King-trained Sceau Royal, who also features among the six entries for the Listed prize, in the Grade Two Elite Hurdle at Wincanton in November and since then has enjoyed a profitable spell on the Flat.

After finishing second at Kempton Park on his first Flat start of the year in June, the Dark Angel gelding secured wins at Chepstow and Pontefract before taking third place behind subsequent Cesarewitch fourth Goobinator at Haydock Park last time out.

Teqany has work to do on ratings to defeat Evan Williams’ stable star Silver Streak, who went on to claim Grade One glory over course and distance in the Ladbrokes Christmas Hurdle on Boxing Day last season. However, O’Brien believes he merits his place in Sunday’s race.

The Ravenswell Farm trainer said: “The plan is to go to Kempton on Sunday as it is a lovely race for him. He has done us proud on the Flat this summer, winning twice and being placed twice.

“He goes there in great form and we are really looking forward to getting him back over hurdles again.

“Evan’s horse (Silver Streak) is a standing dish around there but this has been the plan for a long time for Teqany. Silver Streak is a very good horse but Teqany is a good horse and fingers crossed he will go there and run his race.

“He has done plenty of racing through the summer so hopefully he can put that match fitness to good use.”

Elsewhere on the card there could be further Listed glory for O’Brien, who has recently joined forces with fellow trainer Graeme McPherson, as both Ordered Lives and Timberman are entered in the Racing TV Novices’ Hurdle.

He said: “Ordered Lives is a nice filly and won two races for us last season. She ran well at Worcester the other day coming off a break.

“If it is a small field she will run as it would be nice to try and get a bit of black type with her.

“I was thinking about running Timberman in the boys’ race at Cheltenham next week, but I’m now thinking of going to Kempton with him.

“He has won twice this year - once near the end of last season and another at the beginning of this season. He will love the good ground at Kempton.”

A total of 11 entries have been received for the two mile prize, including Ben Case’s impressive last time out Warwick scorer Cobbler’s Dream.

Champion trainer Paul Nicholls has entered both Paso Doble and Tulin, while there could also be an Irish raider in the race in the form of Hammersmith from the yard of James Nash.