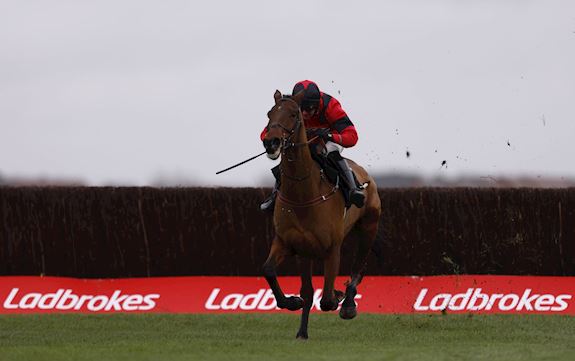 Peter Scudamore has provided a positive update on stable star Ahoy Senor ahead of Sunday’s Ladbrokes Christmas Festival at Kempton Park though he stressed that a potential blockbuster clash with Bravemansgame in the Ladbrokes Kauto Star Novices’ Chase will hinge on the going.

A trip to Kempton Park would set up a mouth-watering match-up with the equally exciting Bravemansgame but Scudamore, who is an assistant to his partner Lucinda Russell, stressed that his participation would be reliant on the going.

Scudamore said: “He is really well and I’ve just spoken to Blair Campbell who is working as assistant trainer to us at the moment. Blair has just reported to me that the horse has done a fantastic piece of work, so whether he goes to Kempton will depend on the ground.

“If it is slow he will run but it doesn’t look like there will be any rain. We have got a very exciting time coming up with Ahoy Senor at Kempton Park and then Mighty Thunder at Chepstow in the Welsh National. As little northern people it doesn’t happen very often and we are very appreciative.”