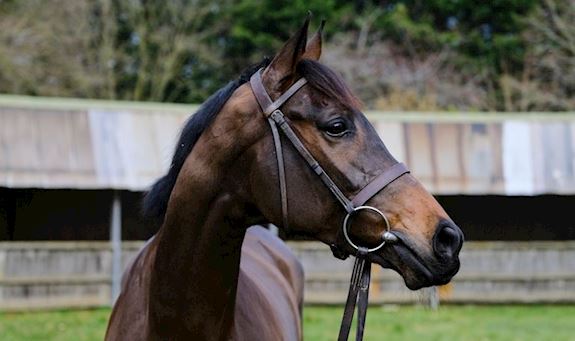 Nicky Henderson is looking forward to running Epatante in the Grade One Ladbrokes Christmas Hurdle, in which she is aiming to add to her victory in 2019. The seven year old was defeated in this race 12 months ago, but she made a winning reappearance when dead-heating with Not So Sleepy in the Fighting Fifth Hurdle at Newcastle earlier this month. And Henderson feels she is in a good place, adding that Nico de Boinville will step in for the suspended Aidan Coleman.

He said: “I’m very happy after Newcastle, everything up to that point had gone well and as you could see she travelled well and jumped beautifully. She just had a little bit of a bumpy passage from the second last to the last flight and while we’ll settle for a dead heat, the most pleasing thing was the way that she had run, travelled and jumped.

“Her hallmark is her jumping and that’s where she was when she won the Fighting Fifth last year. That was missing at Kempton last year but I am very happy with where we are. Aidan Coleman is banned, so Nico de Boinville will be riding her.

“Tritonic is interesting on the back of a very good run in a competitive race on Sunday. It’s a quick turnaround here for a four year old possibly but he’s a very high-class horse. Not So Sleepy dead heated with us last time so we’ve got a little score to settle, but I’m sad to see no Silver Streak this year and I send my commiserations to everyone. He’s been a terrific servant and it’s very sad what happened.”

When asked about Epatante’s chances of regaining her Champion Hurdle crown next March, Henderson conceded that last season’s winner Honeysuckle will take some stopping.

He added: “My gut feeling is that she could be back and I’m not going to come out with excuses anyway. Based on her demeanour I just think she’s back, her work is good and she’s in a good place, so we’re happy with where we are. She didn’t need to go to a racecourse last week as she’d had a good race at Newcastle and it’s all gone almost too smoothly since.

“You wouldn’t want to see the Epatante that went to Kempton last year if she’s still to be a player in this division. I’m not going up there lined up with excuses, I’m hoping for the best and I’ve always said that her season was all about the Fighting Fifth and the Christmas Hurdle, because after that we’re almost certainly going to bump into Honeysuckle.

“She is something different and if we can get these two races in the bag we’ll have achieved what we set out to for this year. We’re not going to lie down and we could even try two and a half (miles) in the Mares’ Hurdle – but I’m yet to mention it with anyone. Is she going to beat Honeysuckle? The answer is probably no – regardless of what she does at Kempton.”

Another possible runner at the Ladbrokes Christmas Festival is the hugely exciting Shishkin, who could line up in the Grade Two Ladbrokes Desert Orchid Chase on Monday 27th December. Like stablemate Mister Fisher, though, the talented chaser’s involvement at Kempton Park will hinge on a positive piece of work on Tuesday 21st December.

He said: “It’s a possibility that he could go to Kempton. He’s going to be working the same as Mister Fisher and we will decide after that. He’s only done one serious piece since I’ve been able to bring him back and he’s fine, but I’ve got to be happy with him in the morning and we’ll decide then whether we enter him or whether we wait for the Clarence House.

“I hope we do declare him, but if we don’t I hope everybody will understand. The horse comes first and he needs to work very well on Tuesday morning for us to be happy.

“Personally I think he ranks at the top of the division, but we’re not going to prove it if we’re only going out 95% fit - there’s no point in doing that. I’m dying to run him and he’s got to get out there and run – he needs at least two good runs before March – and Kempton followed by Ascot could fit.

“He has the potential to emulate Altior and Sprinter Sacre, but he hasn’t done that yet. He’s only out of novice company and now he’s got to do it against the older boys.

“I think the novices are probably the main contenders. Willie’s horse Energumene is one that I would single out in particular as a threat, but there’s a whole host of them. I’m sure Willie was a little bit disappointed with Chacun Pour Soi in the Tingle Creek but it was still a very good race, while Paul (Nicholls) has got a very strong hand himself.”