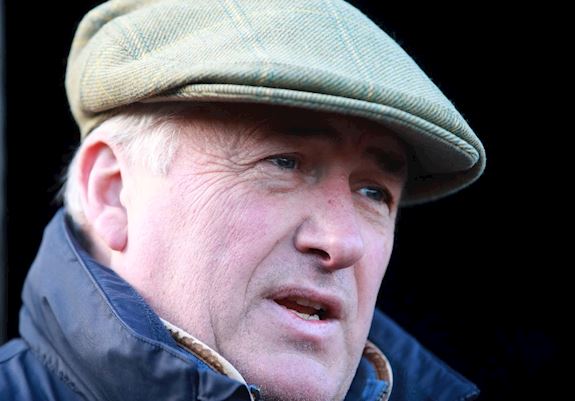 Paul Nicholls expects Rouge Vif to give “a good account of himself” on his first try over two and a half miles when attempting to provide the 12-time champion Jump trainer with a record-equalling third success in the Coral Silviniaco Conti Chase at Kempton Park on Saturday (January 15th).

The Kate and Andrew Brooks-owned eight year old is one of two entries for Nicholls, alongside last year’s winner Master Tommytucker in the Grade Two contest, which this year has had its total prize money boosted from £60,000 to £80,000 as part of wider improvements to the prize money from Coral and The Jockey Club.

Rouge Vif finished fourth on his stable debut under Bryony Frost at the same level in a red-hot renewal of the Shloer Chase over two miles at Cheltenham’s November Meeting.

It was as a result of that effort that saw the Ditcheat trainer make the decision to take a chance in trying the Sageburg gelding - who he acquired from Harry Whittington in the summer - over a longer trip.

Nicholls said: “I’ve put two in the Silviniaco Conti but looking at the forecast it looks a dry week, so the intention at the moment would be to run Rouge Vif at Kempton.

“I suspect we will leave Master Tommytucker for the new 2m 6f race at Lingfield the following weekend as he loves the testing ground.

“From what I saw of Rouge Vif at Cheltenham he probably wants this sort of trip and a flat track like Kempton is probably the ideal place to try him over it.

“We’ve only run him once but he was fourth in a good race at Cheltenham. Bryony (Frost) said he was flat out most of the way last time and that he wants two and a half (miles).

“He ran a hell of a good race but he was just done for a bit of toe so two and a half miles should suit him better. We hope on Saturday that he can give a good account of himself.”

Rouge Vif holds entries in both the Betway Queen Mother Champion Chase and Ryanair Chase the Cheltenham Festival in March. However, which of those targets, if either, he goes for will be decided at a later date, according to Nicholls.

He added: “He is in the Ryanair and Champion Chase but before we begin to talk about them let’s see how he gets on Saturday.

“He has come out of that race fine and I’d say he has improved fitness-wise. We are just hoping for a good run on Saturday and that will tell us a bit more.”

Meanwhile Nicholls is leaning towards running the improving Gelino Bello in the Coral Lanzarote Handicap Hurdle, which he is currently 6-1 second favourite for with the race sponsor, later on the same card.

The 2m 5f Listed contest has had its prize money increased from £45,000 to £100,000 and is one of two options, along with the Grade Two Ballymore Leamington Novices’ Hurdle at Warwick on the same day, under consideration for the lightly-raced six year old.

After making a winning debut over hurdles at Aintree in October, the Saint des Saints gelding has found only the Charles Byrnes-trained Blazing Khal too strong in a pair of Grade Two events on his most recent two starts at Cheltenham, with the latter coming over three miles.

Nicholls said: “Gelino Bello is in the Lanzarote but he is also in the Grade Two novice at Warwick on the same day. We will study the races as the week goes on but I’d say at the moment the Lanzarote is where he will run.

“I think 2m 5f will suit him better. I’m not saying that he doesn’t get three miles, as if you take the winner out he would have won.

“He has got plenty of boot so this trip probably suits him quite nicely. He is an improving, nice young horse. I think being back on a flatter track would suit him quite well.

“A really good horse has beaten him the last twice. His form is good and he is improving with experience and he jumps nicely.

“He is a pleasant horse at home that does everything nicely and I’ve always liked him. Like a lot of ours, he will be a lovely chaser next season.

"Off 138 it puts him in there with a chance on the form of his last two runs at Cheltenham.”