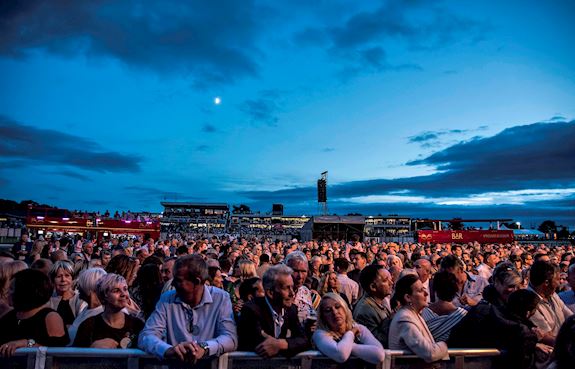 BRIT Award winner, cultural commentator, critically acclaimed director, actor, and musical maverick Ben Drew aka Plan B will be gracing the green for some of his first UK summer shows in 4 years, headlining Market Rasen Racecourse on Friday 1st June!

His sophomore album, The Defamation Of Strickland Banks, achieved quadruple-platinum status, selling over 1.4 million copies in the UK alone, and hit the #1 album spot on release. It saw him win both a BRIT and three Ivor Novello Awards and includes the smash hit She Said.

Following this, his 2012 directorial debut (and accompanying album) iLLManors saw him breaking boundaries with his creative style of overlapping stories and interweaving rap-narrative, boldly addressing socio-political issues with his often brutal cultural commentary, seeing Ben nominated for his fifth BRIT Award, nominated for his first Mercury Music prize, and once again hitting #1 in the UK album chart.

He will be releasing his eagerly anticipated fourth album Heaven Before All Hell Breaks Loose on 14th April.