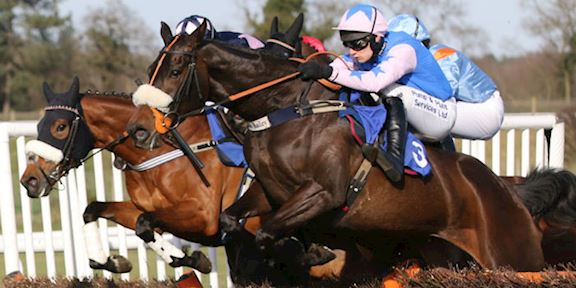 Market Rasen winner set to race in front of The Queen

Trainer Dr Richard Newland loves having winners at Lincolnshire’s only racecourse – and his latest could be on the way to Royal Ascot later this month.

The 6-1 chance Hassle landed one of the feature races on an afternoon which climaxed with a post-racing concert by Plan B. He took the Hybrid Challenge Handicap Hurdle by two lengths under conditional jockey Charlie Hammond and the Ascot Stakes on the opening day of the Royal Meeting is now on the cards.

The afternoon got off to a good start for Dorset trainer Colin Tizzard – famed for his exploits with Cue Card and Native River – who won his first ever race at Market Rasen, albeit that he’s only had six previous runners. His 5-2 shot Sizing Cusimano was the only finisher in the three-runner Drayton Motors Novices’ Hurdle.

Jockey Nico de Boinville’s fall in that race – which led to him giving up his remaining rides – turned out in favour of his replacement Kielan Woods who partnered 9-2 fancy Key To The West to victory in the Lord Bradford Of Drayton Handicap Chase 35 minutes later.

The first of two favourites to win during the afternoon was Big Picture at 11-4 in the Super Stonic Novices’ Handicap Hurdle. The other market leader to prosper was 3-1 joint favourite As You Like in the Superb Sorento Handicap Chase for trainer Jonjo O’Neill.

Bodega took the Sporty Stinger Handicap Hurdle at 3-1, while the closing Spectacular Sportage Handicap Chase went the way of Red Square Revival at 4-1 in the hands of jockey Tom Scudamore for trainer David Pipe.