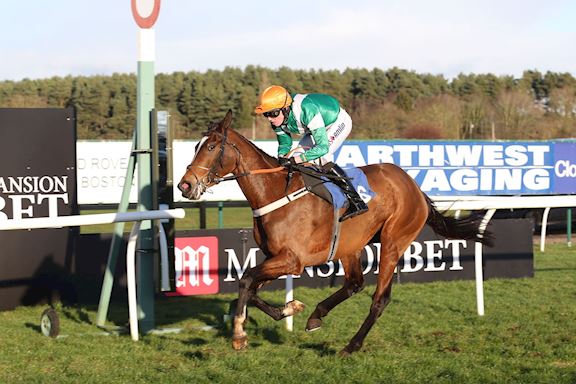 Who What When gives trainer his biggest ever victory

Kent trainer Murty McGrath has been a rare visitor to Market Rasen Racecourse over the years, but he landed the first major race of 2019 at the Lincolnshire track.

Victory with Who What When, under jockey Josh Moore, in the Listed Alan Swinbank Mares’ Standard Open National Hunt Flat Race was his biggest success to date as a trainer. The 12-1 shot turned over the odds-on favourite Mrs Hyde who was runner-up.

The £20,000 contest is named after the late northern trainer Alan Swinbank who had a fitting connection to Thursday’s win as Murty McGrath’s first winner as a trainer 14 years ago was with a horse which had left Swinbank’s Yorkshire yard.

The first race of 2019, the MansionBet Novices’ Hurdle, went to the even-money market leader Garrettstown, the second year in a row that trainer Olly Murphy has sent out the winner of the contest.

The next meeting at Market Rasen Racecourse is the County Raceday on Tuesday, 5th February.