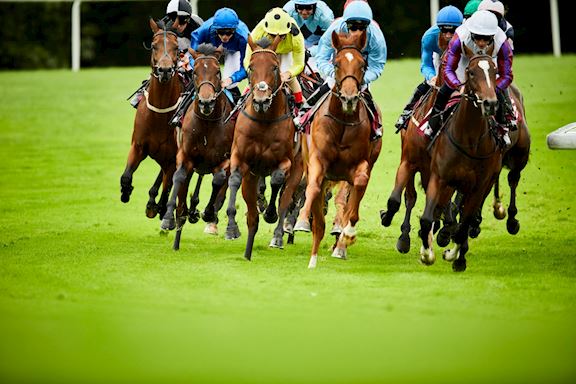 Team Twiston-Davies in good form ahead of Aintree

Father Nigel has twice won the world’s greatest steeplechase and he trained the 9-4 favourite Earlofthecotswolds to win the feature handicap hurdle which, like all the races at the Lincolnshire track on Wednesday, was sponsored by Star Sports.

Son Sam was in the saddle, while his other son Willy is a member of the syndicate which owns the five-year-old who was enjoying a third victory at Market Rasen. The horse will now run in the Swinton Hurdle at Haydock Park next month.

Nigel and Sam, who go for the Randox Health Grand National on Saturday with Go Conquer, also won the novices’ handicap chase with 9-4 fancy Larch Hill.

Jockey Wayne Hutchinson rode his 80th winner of the 2018/19 season on even money favourite Harambe in the novices’ hurdle, while trainer Laura Morgan’s 7-2 chance Haasab landed the opening handicap hurdle under Tabitha Worsley.

Most of jockey Harry Skelton’s 160 winners this season have been for his brother Dan, but he teamed up with trainer Caroline Bailey and Global Domination to take the handicap chase at 8-1.

The 9-4 favourite, Carrolls Milan, took the spoils in the mares’ handicap hurdle, while the concluding bumper race went to Stormin Norman at 12-1 under jockey Becky Smith.

*The next racing at Market Rasen is on Easter Sunday, 21st April, when there will beers from Ferry Ales Brewery, a delicious BBQ, live music from The Moonshiners and fantastic racing. There is plenty for children too, with free face painting, pony rides and the Neigh & Play Children’s Garden in the Lawn Enclosure.

The first race is at 2pm, with gates open from midday. The finale is at 5.10pm. Admission is from £9 for adults, and all accompanied children are admitted free.