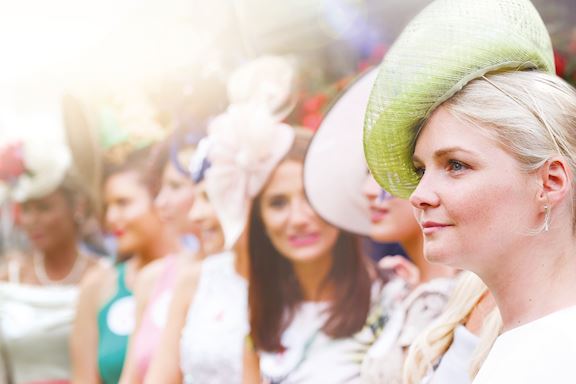 Top jumps trainer Nicky Henderson is poised to play a strong hand as he bids to win Market Rasen Racecourse’s showpiece race of the year for the first time.

Three of the four highest rated entries in the Listed £50,000 Betway Summer Plate, which will be run on Ladies’ Day on Saturday, come from his Berkshire stables.

But they could face stern opposition from last year’s winner More Buck’s from the training yard of Peter Bowen who has sent out the winner of the race no fewer than six times in the last quarter of a century. The nine-year-old is one of four entries from his Pembrokeshire stables. Taking the ride on last year’s winner could be James Bowen, the teenage son of the trainer and also the racecourse’s ambassador.

Twenty-six horses in all have been put into the two-mile five-furlong race which will be covered live by the cameras of ITV. Among them is Gone Platinum, the winner of the Summer Plate Trial race at the Lincolnshire track last month and another horse trained in Pembrokeshire.

The other feature race on Saturday is the Listed Betway Summer Hurdle in which many eyes are set to be on Longhouse Sale, who has won all eight of his races to date including two at Market Rasen. Trained by Dan Skelton in the Midlands, the five-year-old is the highest rated of the 17 potential runners in the two-mile race.

John Constable, the winner in 2017, could bid to regain his crown in the £40,000 contest. The potential mount of the four-time champion jockey Richard Johnson is the Olly Murphy-trained St Gallen, who is unbeaten in two races in Britain since moving from Ireland including at Market Rasen in May.

For the first time all of Saturday’s races are sponsored by Betway, which also backs the famous Queen Mother Champion Chase at the Cheltenham Festival. The day, held in association with Lincs FM, combines a great Lincolnshire social occasion and fantastic fashions with top class sport.

Visitors are encouraged to buy their tickets before the day. Admission to Tattersalls and the Lawn Enclosure is still available, while the popularity of the County Enclosure, VIP Enclosure and VIP Picnic Lawn means they are already sold out.

There is something for everyone on the day, including The Style Awards being held in partnership with Marshall’s Yard shopping centre in Gainsborough and entertainment after racing at the Party in the Paddock with a live DJ set by Artful Dodger.

Racegoers are encouraged to dress to impress and enter the Marshall’s Yard Style Awards for a chance to win £5,000 in prizes and watch fabulous fashion shows throughout the afternoon on the Brocklesby Lawn within the Tattersalls Enclosure.

“Betway Summer Plate Ladies’ Day, in association with Lincs FM, is one of the most popular social and sporting occasions of the year in Lincolnshire and always draws in a big crowd. We are very pleased to welcome Betway as the new sponsor of the races at our prestigious mid-summer meeting, and we are thrilled with the high class entries for our feature races which are always ultra-competitive and exciting.

“This year’s Style Awards will be bigger and better than ever and we are delighted to be working with Marshall’s Yard to put on a great show for our visitors.

“We are also thrilled that our Party in the Paddock after racing will star a DJ set with Artful Dodger who will round off a wonderful day by encouraging our visitors to dance into the early evening.”

To make the day out extra special, a Fizz for 4 package is available at just £24.75 per person, which includes a bottle of Prosecco to share, four raceday programmes and Tattersalls tickets.

Further details are at www.thejockeyclub.co.uk/marketrasen where tickets can be bought in advance from £12.60. Accompanied under 18s are admitted free of charge. The first race is at 1.35pm, two hours after gates open. The finale is at 5.05pm.

Lawn Enclosure visitors will need to upgrade their tickets to get access after racing to the Party in the Paddock.

Market Rasen Racecourse, which is part of The Jockey Club, is staging 22 jump racing meetings in 2019 and attracts over 60,000 visitors each year. It has been chosen by the Racehorse Owners Association as one of the top smaller racecourses in Britain for the last four years. More information is available at www.thejockeyclub.co.uk/marketrasen.