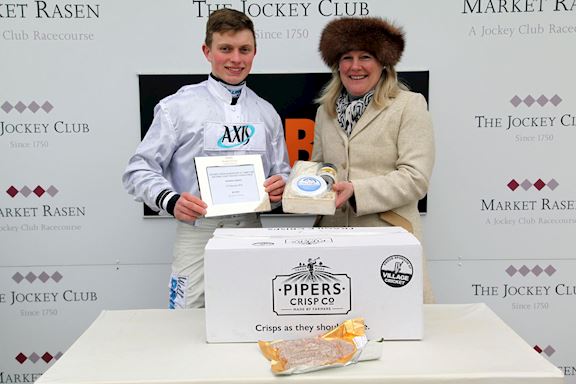 James Bowen believes Equus Dancer will be well suited by the track at Market Rasen when bidding to get his career back on track over fences in the MansionBet #morethanthenational Novices’ Limited Handicap Chase tomorrow (Sunday).

Having secured back-to-back victories on his first two chasing starts at Sedgefield, the seven year old, who is trained by Bowen’s father Peter, has failed to score in three subsequent outings at Newbury, Chepstow and Carlisle.

The 20 year old jockey is unbeaten in two starts aboard Equus Dancer, having partnered him to successive bumper victories in 2019, and he remains optimistic he can maintain his unblemished record aboard the Jeremy gelding in the extended 2m 5f feature race.

Bowen said: “Equus Dancer should go well. We’ve freshened him up a little bit since he last ran as he had a few runs close together and by the last of them he was a bit flat.

“He has never run at the track before but I would think he would be well suited by it and the trip should be fine. He runs well enough on soft but he is probably better on good ground.

“A race like the Summer Plate at the track is not something that you would be thinking of quite yet but if he keeps progressing and takes to the track he could be one for it later on.

“I’ve ridden him at home a bit and schooled him and he has schooled well. He works well and we thought he might have done a bit better than he has, as he was a smart bumper horse. Things have probably not all clicked together but he will have a good day.”

Among his rivals will be Bootlegger, who has done little wrong in two starts since joining Tristan Davidson, after going one better than on his stable debut at Doncaster back at the Yorkshire track last time out.

The Cumbria-based handler is confident the eight year old will run well again and said: “He will get three miles. I’m not worried about that, but this race just looks the right race for him, like the one at Doncaster did last time.

“He wants good ground and he is going to get that and he has been working well at home. It was nice to get him back in front last time at Doncaster. He has run well at Market Rasen before when he was trained by Neil Mulholland so that gives us added confidence.

“We’ve not got many horses here but he likes getting a bit of one to one attention and he seems to have settled in well.”

Meanwhile Olly Murphy will send a team of five to the Lincolnshire track and his best chance of securing a winner appears to rest with the hat-trick seeking First Class Return in the MansionBet Live Casino Cashback Amateur Jockeys’ Handicap Chase, over just short of three miles.

He said: “First Class Return has bolted up the last two times and really we are just trying to beat the handicapper as he is going to get a hefty rise in the weights. Everything should be fine for him regarding ground and trip and he looks the one they all have to beat.”

Murphy will also be represented in the contest by Zee Man, who will be looking to put in a clear round following back-to-back falls at Ayr and Fakenham.

He added: “Zee Man was unlucky the last day when falling at Fakenham and he is better than his mark suggests. It wouldn’t surprise me if he runs well. This step up in trip will suit him as it will slow everything down.”

Fletch made it third time lucky over jumps with an odds-on success at Uttoxeter on his most recent start and Murphy expects the step up to an extended two and a half miles in the MansionBet #morethanthenational Faller Insurance Handicap Hurdle to be a plus for the six year old.

He said: “It is his first run in a handicap and the step up in trip should suit him. The track might be on the sharp side for him and he might just lack that bit of experience in a race like this. I think he has got a nice mark but his lack of experience might just catch him out.”

Fitzroy is yet to get his head in front in eight starts under rules, but Murphy is optimistic the seven year old could change that in the MansionBet #morethanthenational Bet 10 Get 20 Maiden Hurdle.

He said: “Alan King’s (Royal Pretender) looks to be the one to beat in the race but he has good enough form to win a race like this. The trip and ground will suit him well.”

Tigerbythetail is one of two newcomers set to line up in the concluding Racing TV Standard Open National Hunt Flat Race, but Murphy believes the five year old could be in need of the run.

He said: “He is a very backward horse and whatever he does on Sunday he will improve from. I would be surprised if he did win first time out but he seems to be in good form.”

Lining up in opposition is the Nicky Henderson-trained Diva’s Mix, who will be making her first start on the turf under James Bowen, having contested two bumpers on the all-weather.

The jockey said: “Looking at her pedigree she should improve now switched to the turf as it will be a bit more of a test of stamina compared to those two races on the all-weather.

“It doesn’t look the strongest of races and she receives weight from most of them, while you only have to look at Nicky Henderson’s record in bumpers.”