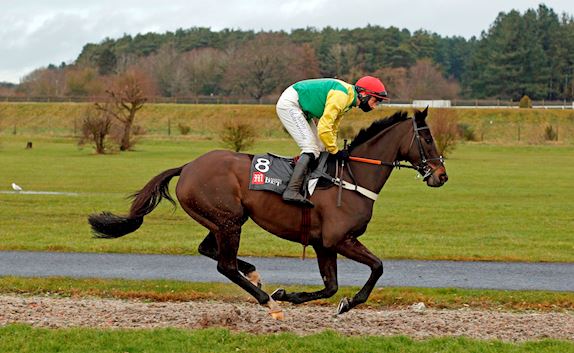 Connections of Vision Des Flos have revealed they have been working on his jumping at home as he bids to put poor form behind him and get his career back on track over fences in the MansionBet #betstival “Summer Plate Trial” at Market Rasen on Friday (18th June).

The Colin Tizzard-trained eight year old features among 18 entries received for the extended 2m 5f contest at the Lincolnshire track, which takes place just over four weeks before the Listed Betway Summer Plate over course and distance on Saturday 17th July.

Vision Des Flos landed the Grade Two National Spirit Hurdle at Fontwell in 2019 and was runner-up in the Grade One Top Novices’ Hurdle at Aintree in 2018. But he has failed to feature recently over smaller obstacles and connections are now optimistic a return to fences could revive his fortunes after impressing over them in recent schooling sessions.

Joe Tizzard, assistant trainer, said: “He has just been slightly disappointing over hurdles for whatever reason lately but nothing has particularly come to light.

“He has had his wind tweaked three times now and he is back down to a workable mark of 133. Jonjo O’Neill schooled him a couple of weeks ago and Harry Cobden schooled him the other week and he jumped really well.

“He seems pretty well in himself and there are not many races he can go for in the summer and this looked an obvious target to go back chasing with him.

“If he found some of his old form he would go in there with a chance. He has got to bounce back from some poor runs but he has always been a bit inconsistent.

“He is still only eight so he has got time on his hands. The way he has schooled the last couple of times, if he puts that on track he will go well.”

Heading up the list of challengers is the Fergal O’Brien-trained Ballyhome, who will be looking to go one better than he previous visit to the course over hurdles by securing a fifth victory at the track.

Nicky Henderson is double-handed with last time out Kempton Park scorer Adjali and Follow The Bear, while Nigel Twiston-Davies is another that could potentially have two runners in the race after entering both Rocco and Townshend.