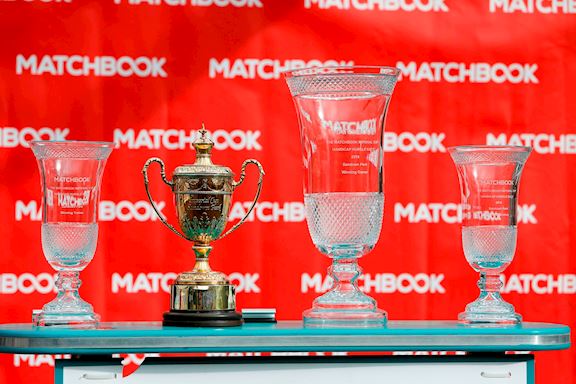 The build up to the Imperial Cup

The Cheltenham Festival, which is seen as the unrivalled showpiece of the National Hunt season, wasn’t always on the forefront of the scene. The Champion Hurdle only came into existence in 1927, twenty years after Sandown’s Imperial Cup and even then, had to wait until the post-war years to be seen as the pinnacle of the hurdling world.

Until then, the Imperial Cup took centre stage and is still habitually run on the eve of the Festival, as if a challenge to events of the following week.

In the 1920s, the race grabbed more than just the back-page headlines due to the exploits of Trespasser. One of the first famous hurdlers, he won three successive renewals of the Imperial Cup from 1920 to 1922, the last of which when burdening the now defunct weight of 12st 7lb.

It is a race not often won under such welter restraints. Particularly in the modern day, it would be unheard of for the likes of Buveur D’Air et al to challenge here with the Champion Hurdle just three days away. However, in the late 1940s, that didn’t stop the high-class Secret Service winning back-to-back renewals under 11st 11lb and 11st 10lb for Fulke Walwyn. Nor did it prevent Lanzarote from shouldering 12st 4lb in 1973 (he would win the Champion the following year).

He was not the only horse who would record victories in both races for his CV. Though you were unlikely to know it at the time, Jim Old’s Collier Bay, who took the 1995 Imperial Cup under just 10st 2lb, would be a Champion Hurdler a little over a year later.

He was Fred Winter’s second winner of the race out of four (the ride of Acquaint for his third win was given to none other than a young Nicky Henderson), a record for the contest until a formidable partnership begun to blossom in the late 1990s.

Martin Pipe first had a winner in the race with Travel Mystery in 1989. Peter Scudamore was his chosen horseman at the time, but it was a future champion jockey with whom his tally soared to six in the race. Tony McCoy rode three of Pipe’s winners in the race in Blowing Wind, Polar Red and Korelo. The first named is one of three horses to have taken the sponsors’ bonus for winning both the Imperial Cup and a race at Cheltenham as he took the County Hurdle six days later. The other two to have done so were also Pipe-trained with Olympian taking the Coral Cup and Gaspara, trained by Martin’s son David and ridden by McCoy, winning the Fred Winter Juvenile Handicap Hurdle.

The Pipes are an anomaly on the race’s history. Even by a handicap’s standards, the trophy gets passed around healthily. The last ten renewals have seen ten different jockeys pass the winning post in front and only Nigel Twiston-Davies has won it more than once of any trainer. Indeed, the 2000s are the only decade in which a jockey has won more than one running since the 1950s. The competition of the Imperial Cup should not be overshadowed for events of the days thereafter. It is one of the healthiest races in the National Hunt calendar and deserves its day in the spotlight.

But tickets for Matchbook Imperial Cup Day on 9 March.