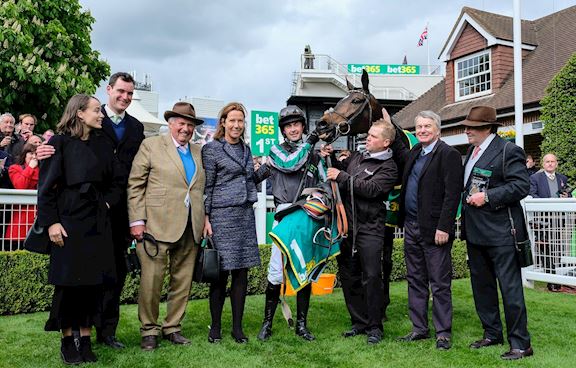 A history of the bet365 Jump Finale

The bet365 Jump Finale is as much a part of Britain’s Jump racing season as some of the biggest feature races and festivals throughout the year.

Marking the end of each season, the April raceday is a chance to see some of the most talented horses in training for a final time before they take a break, while also celebrating the achievements of the champion jockey, trainer, conditional jockey and owner.

From the creation of the two-day mixed Flat and Jump meeting to the final ride of legendary jockey AP McCoy’s career, we take a look at the key milestones of the fixture throughout the years and how the bet365 Jump Finale was first created…

1957 – The Whitbread Gold Cup is run for the first time and the first Jump race to be commercially sponsored is won by Much Obliged. It is the only chase staged on an otherwise all Flat Saturday card.

1995 – A second chase is added to the Saturday fixture – the Grade Two Silver Trophy over two and a half miles.

1999 – A third chase is added to the Saturday programme – a novices’ handicap chase over two and a half miles.

2000 – The Saturday card becomes the official end of the Jump season, even though Jump racing continues the following day. Presentations are made to the champion owner (Robert Ogden), trainer (Martin Pipe) and jockey (AP McCoy).

2001 – The foot and mouth epidemic causes the cancellation of the Cheltenham Festival. The Sandown Park programme is altered to become two days of mixed racing, including hurdle races for the first time. The altered programme contains four contests which act as substitute races for those lost at Cheltenham – a three mile Gold Trophy (won by Marlborough), a two mile Championship Chase (won by Edredon Bleu), a two mile Championship Hurdle (won by Landing Light) and the three mile Distance Hurdle (won by Baracouda). This is the final year of Whitbread’s sponsorship.

2002 – The two day mixed meeting is retained. The two mile chase is now named the Queen Mother Celebration Chase, in memory of The Queen Mother, a great supporter of Sandown Park who died on March 30th that year.

2005 – The Celebration Chase is elevated to Grade Two status.

2008 – Friday reverts to an all Flat card while Saturday is an equal split – four Flat and four Jump races.

2014 – Saturday becomes an all Jump card for the first time. The Celebration Chase becomes a Grade One contest. The Oaksey Chase (2m 6f 164y) and Select Hurdle (2m 5f 110y) are created. A four-day break in the Jump Fixture list is created, which now stands at six days.

2015 – After 4,357 winners and collecting his 20th Champion Jump Jockey trophy earlier in the afternoon, AP McCoy brings down the curtain on his career. He is out of luck on his final day in the saddle, finishing third on his last mount, Box Office.

2016 – The Oaksey Chase becomes a Grade Two contest. After finishing runner-up to AP McCoy in the Jump Jockeys’ Championship on no fewer than 16 occasions, Richard Johnson is finally crowned Champion Jump Jockey.

2020 – The COVID-19 pandemic forces the suspension of racing and the cancellation of the bet365 Jump Finale.