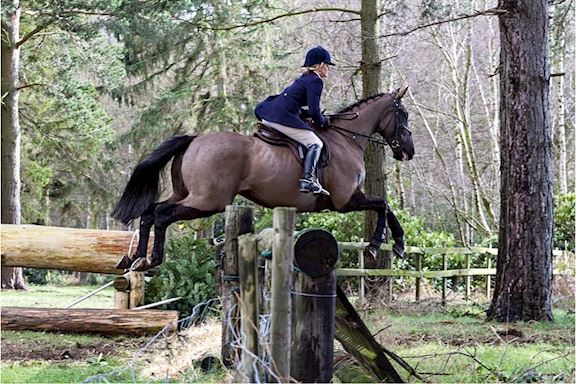 First prize of £3,500 divided between winner and their local hunt 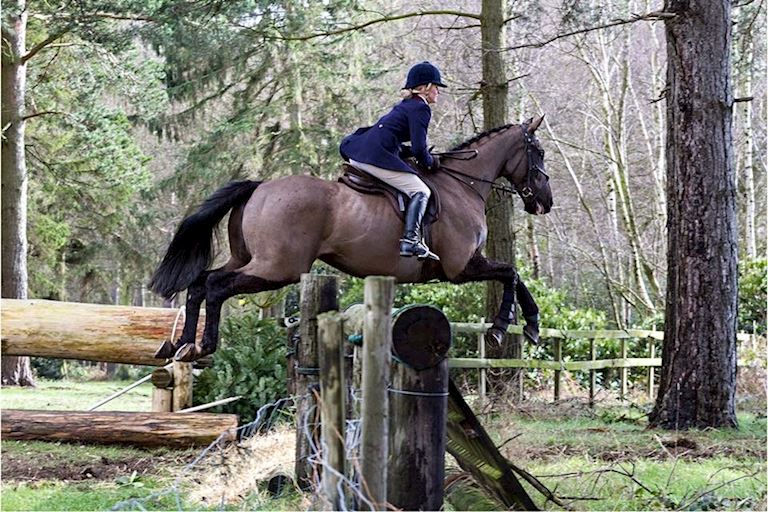 Five former racehorses and their riders head to Aintree on Sunday 29th October to prove their versatility in the final of RoR Racing to Hunting Challenge. The horse adjudged to have best adapted to their second career in the hunting field will be awarded the Meriel Tufnell Trophy together with a cash prize of £3,500, split between the winning horse’s rider and the local hunt.

Launched in January this year, the RoR Racing to Hunting Challenge attracted over sixty nominations from all over Great Britain. From a list of thirty, the judging panel, chaired by commentator and former leading event rider, Mike Tucker, drew up a long-list, from which five finalists were then selected and confirmed following visits by the judges to see the horses in action in the hunting field.

The Challenge culminates at the upcoming Countryside Day at Aintree on Sunday 29th October. The five former racehorses will undertake a series of challenges, include jumping and negotiating obstacles that they might come across on a day’s hunting. The horses and riders will also be parading with a pack of hounds from the Holcombe Harriers and throughout the judging panel will be monitoring their behaviour and performance.

The five finalists range from 11 to 20 years of age, they enjoyed varying degrees of success on the track and hail from all over the country, representing hunts from Dorset, Wiltshire, Herefordshire, Shropshire and Yorkshire. The five horses, their riders and the hunts they represent are:

AccordintoLawrence was trained by Charlie Longsdon and was leased to run in the name of the TV show Soccer AM. Asked by Longsdon to take the horse hunting, Hannah Lloyd could quickly see that ‘Lawrence’ preferred hunting to racing. Now in his fifth season, Hannah says: “He's a dream to have in the yard and I'm very lucky to have been given him by my old boss. I've put many of my friends up on him for a day’s hunting as I know he is safe but fun. His love for the hounds and hunting is extraordinary.”
Brumous was formerly trained by Oliver Sherwood and was gifted to Melanie Duff in 2009, since when he has not missed a season, regularly hunting two and a half days a week. Melanie says: “He is a true legend in the hunting field, he has mastered, ‘whipped in’ and been a part of the field.  He stands at the meet, will wait quietly in line before a fence and potter around happily on the more quiet days.  However, come to the big days, he is in his element – brave as a lion and as reliable as a Labrador.”

Prince Car enjoyed a successful Point-to-Point career after which he was taken on by Lauren Poulton, who describes ‘Prince’ as her “horse of a lifetime”. She says ‘Prince’ has allowed her to do things she had never even dreamed of, besides hunting regularly for the last seven seasons, the pair have also completed the infamous Golden Button course and been occasional visitors to Showing and Show Jumping arenas.

Seaniethesmuggler moved to the Point-to-Point yard of Beverley Thomas in 2007. After six years as a ‘schoolmaster’ he retired to the hunting field. He is now ridden regularly out hunting by Stephanie Finlay and has since become renowned in the Ludlow country. Stephanie is the Saturday master and reports: “Seanie was immediately pitched straight in at the deep end to field-master on Saturdays, such was my trust of this horse. He did not only have impeccable manners but also the raw ability to cross the trappy Ludlow country with ease.”

Sound of Cheers is a son of World Champion miler Zilzal, out of a mare who won the Nell Gwyn Stakes for Sir Henry Cecil. He started his racing career in Hong Kong, before returning to the UK. In all, he ran 76 times, winning six chases and a hurdle for trainer Fred Kirby. Having been retrained by Isabel Barker, he is still hunting regularly. Isabel says: “He is never strong but will always keep up and stay with hounds taking hedges, timber, dykes and ditches in his stride. He will go first being the jumping field-master or hang at the back and shut gates. He is great with hounds and has proved himself ‘whipping in’ for the bloodhounds on a few occasions.”

The winner will receive £2,500 cash as well as the Meriel Tufnell trophy and a Rhi -Dry Coat kindly sponsored by Watt to Wear. The winner’s hunt will also receive £1,000. The winning rider will then be invited to attend the annual RoR Awards in Newmarket on the 11th December.

The judging panel is comprised of a number of experienced horsemen and women with a deep knowledge of both hunting and racing, joining Chairman Mike Tucker on the panel were Marcus Armytage, The Hon Lucinda Cavendish, Sir Jonathan Clarke, Louise Daly, Tockie McKie, Edmond Mahony, Joey Newton and Rupert Nuttall.

Countryside Day at Aintree on Sunday 29th October also features the Grade 2 188 BET Old Roan Chase and a charity race in aid of the Countryside Alliance.