Monday, February 18, 2019 – It has been 68 years since a mare won the Randox Health Grand National when Nickel Coin came home six lengths in front of Royal Tan. In more recent years, the latest mare to be placed was Dubacilla, fourth behind Royal Athlete in 1995.

A mare on the trail for the 2019 renewal of the world’s greatest and most valuable chase, which has a prize fund of £1 million and is staged at Aintree on Saturday, April 6, is Ms Parfois (Anthony Honeyball, 10st 2lb). She is a 33/1 chance with Betway, official betting partner of the Randox Health Grand National Festival. 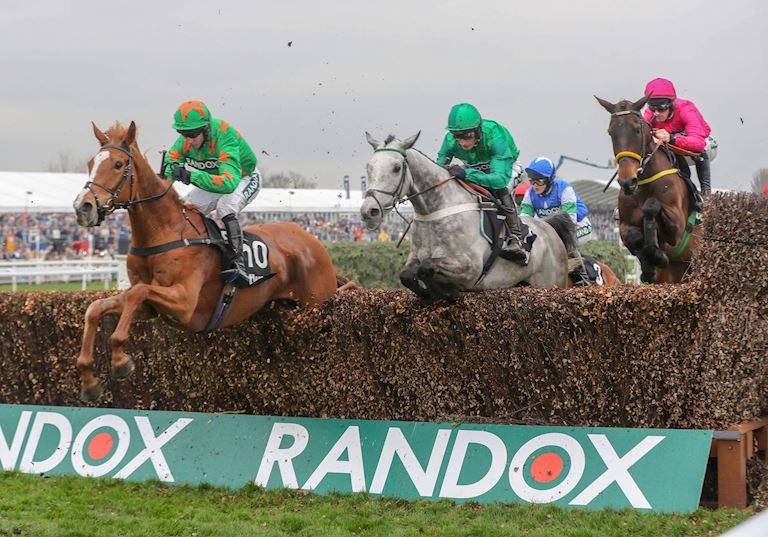 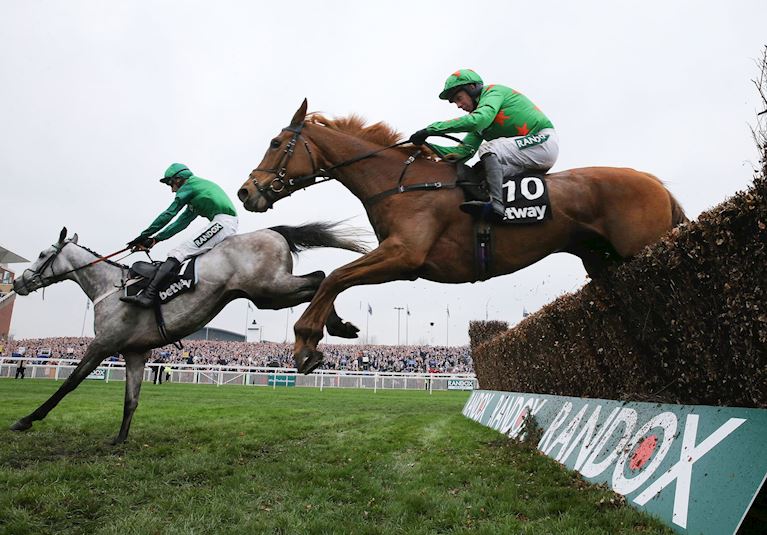 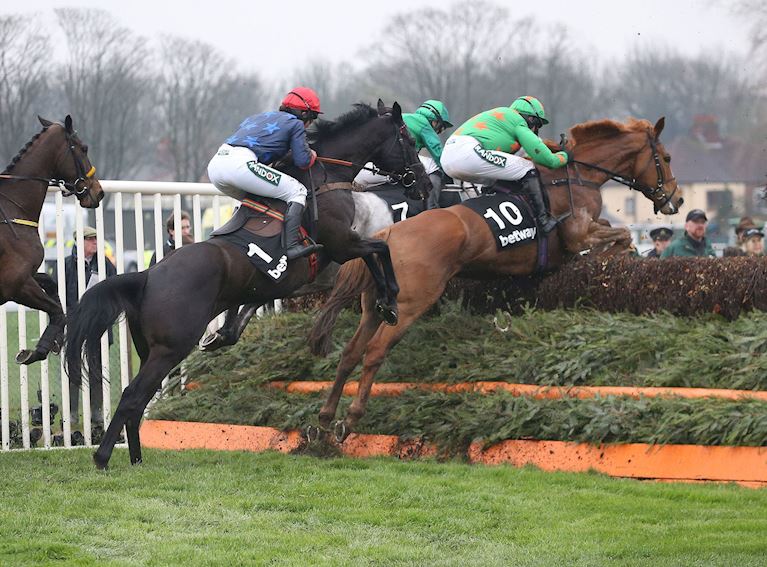 The eight-year-old enjoyed a fine spring in 2018, when she finished runner-up at both the Cheltenham and Aintree Festivals. At Cheltenham, she was the half-length runner-up to fellow Randox Health Grand National aspirant Rathvinden (Willie Mullins IRE, 10st 10lb, 28/1 with Betway) in the four-mile G2 National Hunt Novices' Chase while at Aintree she went down by just under four lengths to Terrefort in the G1 Betway Mildmay Novices' Chase over three miles and a furlong. On her one outing so far this season, Ms Parfois came home sixth in the valuable G3 Ladbrokes Trophy Handicap Chase at Newbury in December.

Honeyball, who is based in Dorset, revealed: “I have had a good look at the weights and Ms Parfois is on 146, which is her actual rating. If she got in the National, the top-weight ran and the ground was suitable, you would have to think she would run well.

“She ran very well at Aintree last year when second in the G1 novices’ chase. We have just had a bit of a topsy-turvy season really and the horses were not right earlier on. It is hard to know where we are at the moment although some of them have come out and won recently.

“If we can get Ms Parfois running like she was last season, there has to be a big race in her if the ground is soft to heavy, or soft, good to soft would be fine with some rain about.

“At the moment we are looking at taking her to the Leinster National in early March and we are also looking at the Midlands National, Aintree and the Irish National for her.

“It has been very difficult as we wanted to run Ms Parfois in a mares’ race at Exeter the other day and that was abandoned. We also looked at Wincanton over the weekend but the ground was not suitable. Either of those races would have been a good baby step for her but now she will have to go straight into the deep end in one of the big handicaps.

“The only race she would be entered in at the Cheltenham Festival is the Ultima Handicap Chase, but unfortunately that race takes place on about the only day that her owner won’t be able to go racing. Because of the season we have had, he doesn’t want to miss her when she runs.

“Ms Parfois wasn’t right when she ran in the Ladbrokes Trophy, which was a shame because that looked a golden opportunity for her. We are ready to have another go with her now and see where we are.”

Ms Parfois races in the colours of Dorset-based book distributor Martyn Chapman. He was born in 1951 – the year of Nickel Coin’s Grand National victory.

Honeyball continued:  “Regal Encore ran very, very well in the 2017 Grand National and was definitely value for a lot closer than he actually finished – he hunted and popped round before making up a lot of ground. He got a bit tired before staying on again.

“He is pretty versatile as regards the ground. Anything from good through to good to soft or even soft is fine for him.”

Tiger Roll (Gordon Elliott IRE, 11st 1lb) shot to the head of the market for the Randox Health Grand National with Betway when recording a stunning four-length victory in the G2 Boyne Hurdle at Navan yesterday.

The 2018 Randox Health Grand National hero is now 12/1 clear favourite with Betway. If successful at Aintree on April 6, the nine-year-old would become the first horse to record back-to-back victories since the great Red Rum in 1973 and 1974. Trainer Gordon Elliott confirmed after yesterday’s success that Tiger Roll will now head to the Glenfarclas Cross Country Chase at Cheltenham on March 13 ahead of the Randox Health Grand National.

Weights for the 2018 Randox Health Grand National were revealed on February 12 at the iconic Cunard Building in the heart of Liverpool. Bristol De Mai (Nigel Twiston-Davies, 33/1) heads the weights on 11st 10lb. The eight-year-old is a four-time G1 winner, including the last two renewals of the G1 Betfair Chase at Haydock Park.

With a prize fund of £1 million, the world's greatest chase is the most valuable Jump race globally and takes place over four miles, two furlongs and 74 yards and 30 fences at Aintree at 5.15pm on Saturday, April 6, day three of the Randox Health Grand National Festival. This year sees the 172nd running of the great Aintree chase.

25/1 Anibale Fly, General Principle, Give Me A Copper, Pleasant Company, Rock The Kasbah, Step Back, Up For Review, Vintage Clouds, Walk In The Mill

Grade 3 handicap chase, £1 million total prize fund. Aintree, 5.15pm Saturday, April 6, 2019. 4m 2f 74y over the Grand National fences. For seven-year-olds and upwards who, up to and including March 19 have started in a steeple chase during the current season and been placed first, second, third or fourth in a chase with an official distance description of' two miles seven and a half furlongs' or more at any time during the horse's career, Horses must also be allotted a rating of 125 or more by the BHA Head of Handicapping following a review of the horses entered and after taking account of races run up to and including February 10. Horses who are not qualified for a rating in Great Britain or Ireland at closing may also be entered. Such horses may be eligible for a weight providing the Handicapper is satisfied that the horse's racecourse performances up to and including February 10 would merit a minimum rating of 125. To qualify, horses must have run at least three times in chases run under the Rules of Racing of the same Recognised Racing Authority up to and including February 10. At the Handicapper's discretion, such horses may be allocated a rating. The decision of the BHA Head of Handicapping shall be final. Entries closes January 29, entries revealed January 30 (112 entries - 2 not qualified), weights revealed February 12, first scratchings deadline February 26, second scratchings deadline March 19, five-day confirmations April 1, final declarations 10am April 4. Maximum field of 40 plus four reserves.