The home of the Grand National, Aintree Racecourse has teamed up with the National Federation of Young Farmers' Clubs (NFYFC) to invite YFC members to attend this year’s Grand National Thursday.

Members of the federation will get exclusive access to the Aintree Pavilion which will, for the first time, have a Punter’s Panel with key racing figures such as Sir AP McCoy, Ruby Walsh and Katie Walsh and a Merseyside Sport Q&A with Former LFC and England footballer John Barnes and Former EFC player Leon Osman, hosted by Olympic Gold Medallist and Aintree Ambassador, Sam Quek. 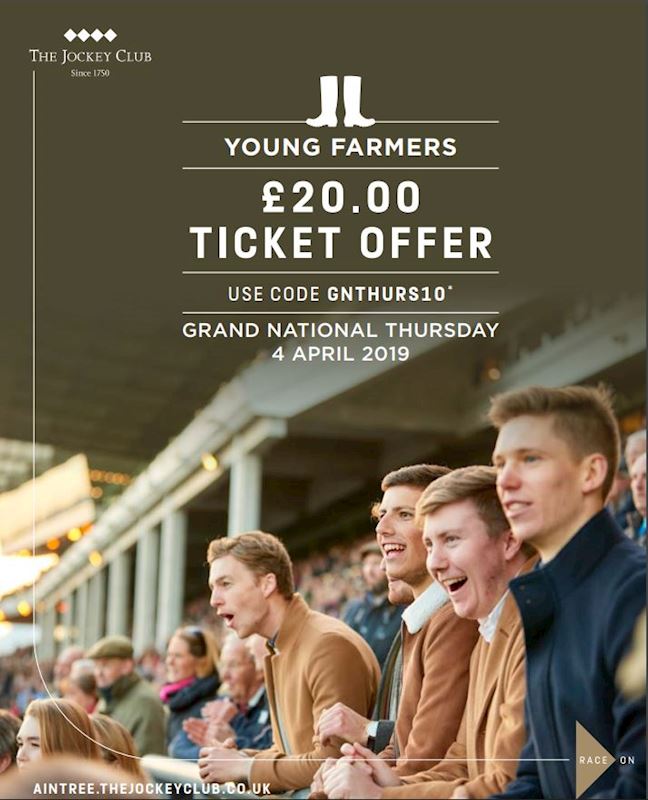 Uniquely, Grand National Thursday is the only day of the year with two open G1 races and two G1 contests for novices. The G1 chase action on Grand National Thursday is headlined by the Betway Bowl, staged over three miles and a furlong of the Mildmay Course. The fabulous roll of honours boasts the names of some of the very best chasers of the modern era with Wayward Lad, Desert Orchid, See More Business, Florida Pearl, Siliviniaco Conti and Cue Card all having been successful.

Young Farmers are already attending many of The Jockey Clubs 15 racecourses and Aintree will become the next racecourse to recognise them as a loyal fan base. Aintree spokesperson Carly Sage, a former YFC member, said: “It is great to see Aintree racecourse has teamed up with NFYFC to offer an affordable, enjoyable and entertaining day out. Horse racing and the countryside has so much in common”.

YFC members should visit the NFYFC website to access the members' code and book tickets in advance.