G3 Brown Advisory & Merriebelle Stable Plate runner-up Janika (11st 12lb) heads both the weights and the betting for the £140,000 G3 Randox Health Topham Handicap Chase, one of the highlights of Ladies’ Day at the Randox Health Grand National Festival, on Friday, April 5.

The French import is 9/1 market leader with Betway, the official betting partner of the Randox Health Grand National Festival, to provide trainer Nicky Henderson with a sixth victory in the race, run over two miles, five furlongs and 19 yards of the famous Grand National course. 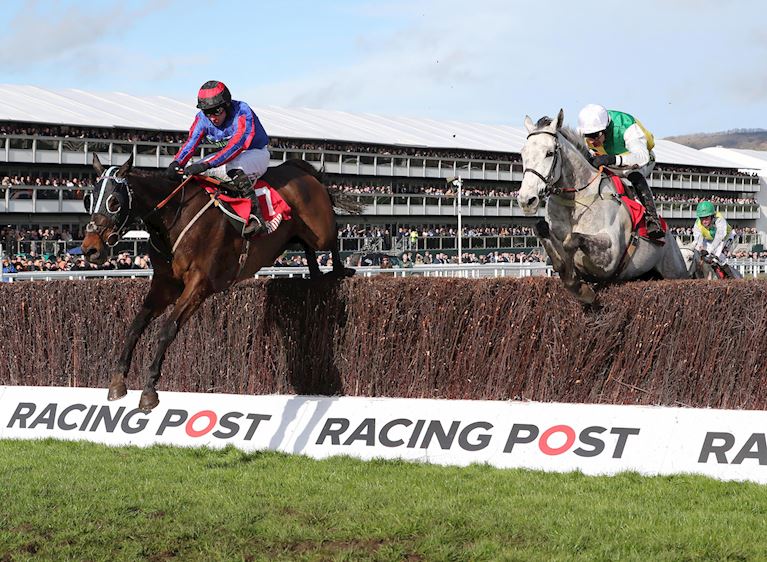 Henderson is responsible for 10 entries in total for the Randox Health Topham Handicap, with G3 Ultima Handicap Chase victor Beware The Bear (11st 10lb, 14/1 with Betway) and Valtor (11st 10lb, 25/1) also featuring at the top of the weights for the reigning champion Jump trainer. 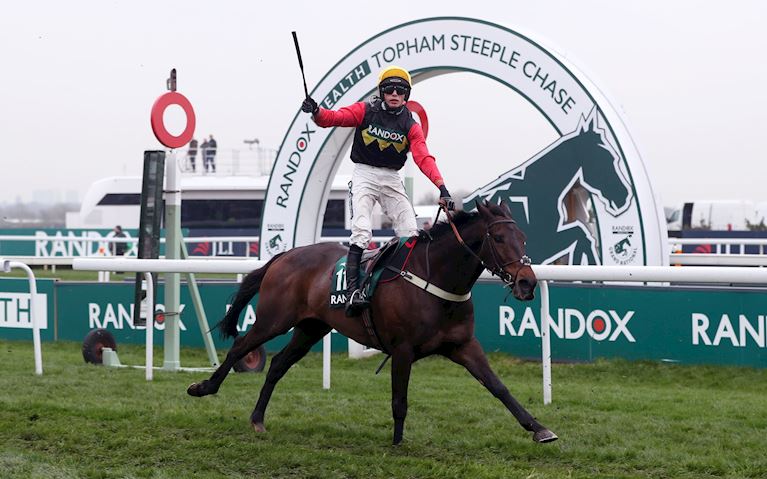 Ultragold (10st 10lb, Colin Tizzard) has captured the Randox Health Topham Handicap Chase for the last two years and is 11/1 second favourite with Betway to emulate the only previous three-time winner of the race, Always Waining (2010, 2011 & 2012).

The 11-year-old is also engaged in the £1-million Randox Health Grand National at Aintree the following day, Saturday, April 6.

Paul Nicholls currently heads the this season’s Jump trainers’ championship and the Somerset handler could bid for another valuable prize in his quest for an 11th title with six contenders headed by Adrien Du Pont (11st 1lb, 14/1), recent G3 Greatwood Gold Cup scorer San Benedeto (11st 4lb, 16/1) and Warriors Tale (11st 1lb, 16/1). Nicholls has won the Randox Health Topham Chase once before, with Gwanako scoring in 2008.

Cregg House was the most recent winner of the Randox Health Topham Handicap Chase to be trained in Ireland in 2005 and 11 Irish-trained entries include Cadmium (11st 2lb, 16/1), Bellow Mome (10st 3lb, 20/1) and Polidam (10st 4lb, 20/1), who all represent Willie Mullins, the multiple champion Jump trainer in Ireland.

Mercian Prince (10st 10lb, 25/1) came home eighth behind San Benedeto after making the running in the G3 Greatwood Gold Cup over two and a half miles at Newbury on March 2 but has shown a high level of form over fences since joining Amy Murphy when she took out her training licence in 2016.

The eight-year-old, who races in the colours of Murphy’s father Paul, captured an extended two and a half-mile handicap chase at Kempton Park for a second successive year in January, when making all to win by 17 lengths.

On his only previous attempt over the Grand National fences, Mercian Prince completed to finish a distant eighth on heavy ground in the Grand Sefton Handicap in December, 2017.

Newmarket–based Murphy revealed: “Mercian Prince is on course for the Randox Health Topham Handicap Chase and that race has been the plan since last summer.

“His jumping is phenomenal and he jumped nicely when winning at Kempton in January.

“Hopefully, he takes to the fences which we think will suit him perfectly.

“Mercian Prince loves jumping and he has been a superstar for us since we have set-up training.”

Murphy is also looking forward to seeing her stable star Kalashnikov head to Aintree for the £100,000 G1 Manifesto Novices’ Chase on the Mildmay Course, the opening race of the Randox Health Grand National Festival on Grand National Thursday, April 4.

Murphy added: “Kalashnikov is in serious order. He looked fantastic at Cheltenham and I think he would’ve played a big part had fate not intervened, but hopefully things go more smoothly at Aintree

“The Manifesto Novices’ Chase is the target and over a left-handed track, which we have established this season is extremely important with Kalashnikov. It should be a good jumping test and, hopefully, it will suit him ideally.”

The six-day confirmation stage for the Randox Health Topham Handicap Chase is on Saturday, March 30.

Other leading contenders for the historic chase, which takes place over two miles, five furlongs and 19 yards and is restricted to amateur jockeys, include Ucello Conti (13/2, Gordon Elliott IRE), who has contested the Randox Health Grand National for the last three years.

Balnaslow (16/1, Graham McKeever IRE) and Bear’s Affair (14/1, Philip Rowley) fought out the finish to the 2018 Randox Health Foxhunters’ Chase and the duo could re-oppose, while Kruzhlinin (6/1, Gordon Elliott IRE) may line-up at Aintree for a seventh time.

Top Wood, trained by Kelly Morgan in Rutland and owned by Johnny Weatherby, is set to tackle the Grand National fences for the first time following two fine efforts in the St James's Place Foxhunter Chase at Cheltenham.

The 11-year-old, 14/1 with Betway, went down by a neck to Pacha Du Polder in the ‘Gold Cup for amateurs’ in March, 2018, and returned to finish third in the same race at this year’s Cheltenham Festival, despite not having run for 322 days.

Morgan revealed: “The Randox Health Foxhunters’ Chase is the plan with Top Wood, all being well.

“He has come out of the race at Cheltenham in great form. He seems to come alive round there and, to run like he did without a prep run, was brilliant.

“Hopefully, the Grand National fences will suit him. He is a very sound jumper and it will be great to have runner in the race

“He is such a legend. He never lets you down.”

The six-day confirmation stage for the Randox Health Foxhunters’ Chase is on Friday, March 29.

Class 2, £45,000 Total Prize Fund. Thursday, April 4, 2019, 2m 5f 19y over the Grand National fences. For six-year-olds and upwards, who, after October, 2016, and before March 18, 2019, have finished first, second or third in a Hunters' steeple chase on two occasions OR have finished first, second or third in a Hunters' chase on one occasion and have won either another chase (Hunters' chases included) or, during the current Point-to-Point season, an Open Point-to-Point chase. Weights: 12st, mares allowed 7lb. To be ridden by amateur riders holding Category B permits to ride, or amateur riders riding under the provisions of Rule (D) 27. Entries closed March 19, entries revealed March 20 (44 entries), six-day confirmations March 29, final declarations 10am April 3. Maximum field 30 runners.