Smith enjoyed the biggest victory of her career in the 2013 edition of the world's greatest chase when outsider Auroras Encore triumphed at 66/1. 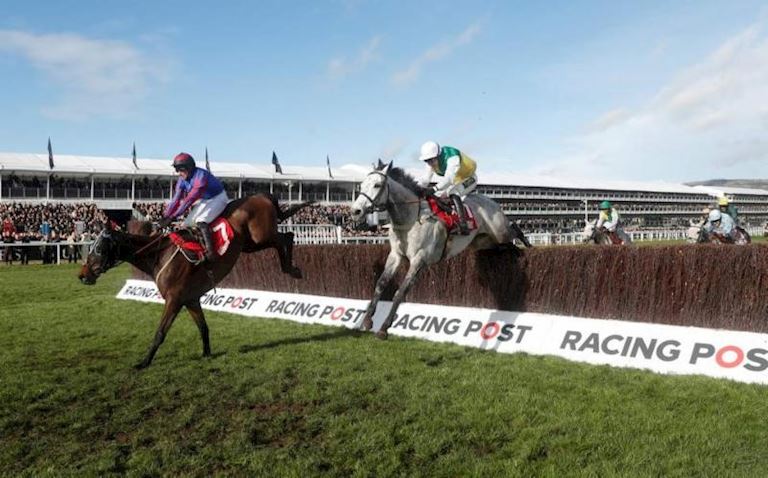 Vintage Clouds, in contrast, is the 12/1 fourth favourite with Betway, official betting partner of the Randox Health Grand National Festival, after a series of good performances in staying chases.

The nine-year-old, who ended last season with a creditable third in the Scottish Grand National, began this campaign with victory in a valuable handicap chase over just shy of three and a quarter miles at Haydock Park in November.

Having disappointed in the Welsh Grand National on his next outing, the grey horse showed the benefit of a wind operation when a close second behind Beware The Bear in the G3 Ultima Handicap Chase at the Cheltenham Festival on March 12.

Vintage Cloud was allotted 10st with a rating of 144 when the weights were announced in February for the £1-million Randox Health Grand National and, following his run at Cheltenham, is officially 5lb well-in as his rating has gone up to 149.

Smith, who is based at Craiglands Farm near Bingley, said: "Vintage Clouds has come out of Cheltenham in good form.

"He took that race really well and he had just come back from a small wind op, so we were absolutely delighted with him. He jumped great and we couldn't have asked for more.

"Danny [Cook] gave him a lovely ride and all the team have done a lovely job with him at home.

"The Grand National at Aintree is now the plan for him and the three-week gap between his last race and Liverpool should be ideal.

"We are easing him back into his usual work routine, but he is fit and should be spot on for the Grand National."

Hemmings tasted success through Hedgehunter (2005), Ballabriggs (2011) and Many Clouds (2015), and if successful in 2019, he will become the most successful owner in Randox Health Grand National history.

A maximum of 40 runners can line up for the 2019 Randox Health Grand National at Aintree on Saturday, April 6, with the next confirmations stage on Monday, April 1.

It is the 172nd running of the great Ainree chase, which is over four miles, two furlongs and 74 yards and 30 fences.

25/1 General Principle, Minella Rocco, Ms Parfois, One For Arthur, Pairofbrowneyes, Step Back, Up For Review, Walk In The Mill