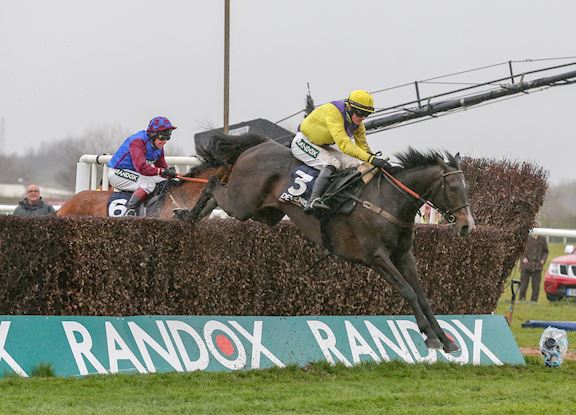 Newmarket trainer Amy Murphy scored her first Grade One winner when 4/1 shot Kalashnikov, ridden by Jack Quinlan, won the G1 Devenish Manifesto Novices' Chase by a length and a quarter from 7/4 favourite La Bague Au Roi.
Murphy said: "Unbelievable! I am hugely proud of our team. We only have 10 jumpers, so to produce a horse like that - I'm delighted for them. To have three runners here today... I couldn't do any of it without them behind me.
"What a ride from Jack. He rode him like he was the best horse in the race and pounced late. I promise you - I know I bang on, but this horse is top-class and we've seen that today. We've had a couple of things go wrong this season but today he at his very best.
"It couldn't have gone better at the start of the season [he won his first two novices' chases] and then we had Sandown [he was beaten 19 lengths by Glen Forsa when odds-on favourite] and then Cheltenham [he unseated Jack Quinlan at the sixth fence when badly hampered in the Arkle], but this is a great way to finish the season. It's great to get my first Grade One winner for my father [Paul, who owns Kalashnikov].
"I think I lost my shoes twice out there but somehow I've survived!" 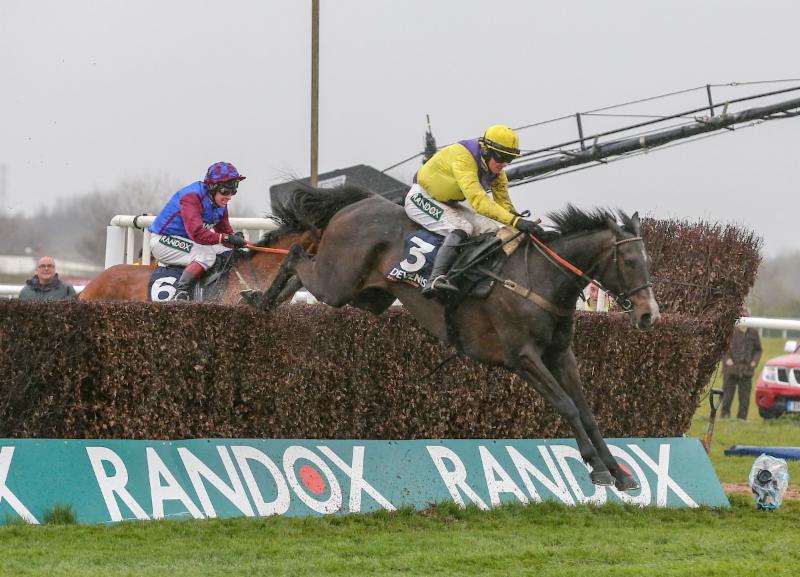