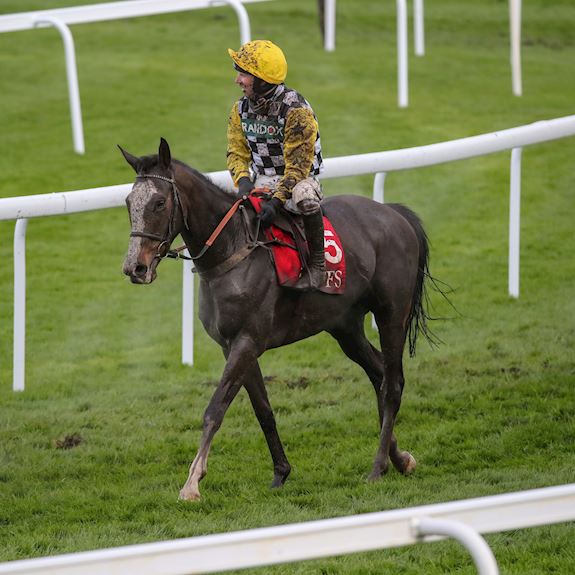 Alan King accepted at the start of the Randox Health Grand National Festival that The Glancing Queen was probably his only serious chance, but he was very sweet indeed upon her and she did not disappoint.
A good fifth against the males at Cheltenham last month, The Glancing Queen (5/1) proved different class back against her own sex, and although the winning margin over 6/4 favourite Minella Melody was only two and a quarter lengths she could be named the winner starting up the straight.
King said: "She's class, and it was her or nothing this week I think, although I'll have a good team going up to Ayr next week. She's a gorgeous mare and she seemed to come out of Cheltenham well so we came here. I adore her. She's seriously good and she travelled the whole way."
He added: "It's no secret that this year my novice hurdlers are pretty ordinary but I think we've had 12 individual bumper winners and there's lots to look forward to. She's very much top of the pile, and she's already a point-to-point winner. She jumps, don't worry about that."
"She's finished now and I imagine she'll go down the mares' route next season, although she might take the boys on at some stage."
Jockey Wayne Hutchinson was having what might be his only ride of the three-day Festival, but if that proves the case he will be more than happy to settle for the one impressive winner.
He said: "I won't lie - I did strongly fancy her. She's pleased us with everything she's done and is just a lovely straightforward mare. She's a class horse and there's plenty to look forward to."
He added: "She has done really well through the season and has real strong form. She ran a mighty race to finish fifth at Cheltenham and just got trapped behind horses turning in.
"I thought she would handle the ground and that her ability would see her through, and it has." 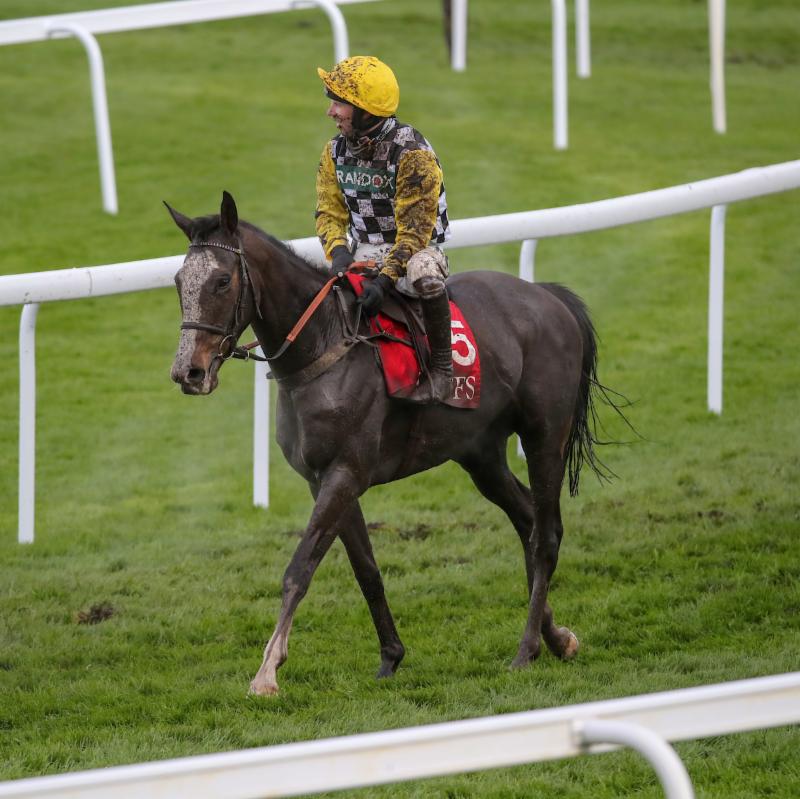 MELODY JUST OFF GLANCING QUEEN
The 6/4 favourite in the closing race on the opening day of the Randox Health Grand National Festival, Minella Melody, came home a two and a quarter-length second to The Glancing Queen (5/1).
She did nonetheless please her trainer Henry de Bromhead, who said: "I am delighted- a lovely run. The winner probably beat her fair and square and we are delighted with her run."
Asked if he would run Minella Melody at Punchestown de Bromhead replied: "We will see what we do next, it is open to discussion."
David Dunsdon was the owner and rider of third-placed Daylight Katie (12/1), who was a further neck away.
He said: "She got a bump turning out of the back straight and it must have cost us three lengths. That meant we were a little bit further back than ideal as we turned in. I think that probably cost us second place, but I'm still delighted because I would like to breed from her one day and she now has some black-type.
"Gordon (Elliott, trainer) always thought she was a nice mare and she won a point-to-point. I'm looking forward to running her over hurdles because I think they will help her to relax a bit more. We'll see how she comes out of this race, and I'll talk to Gordon, but she could run at Punchestown."