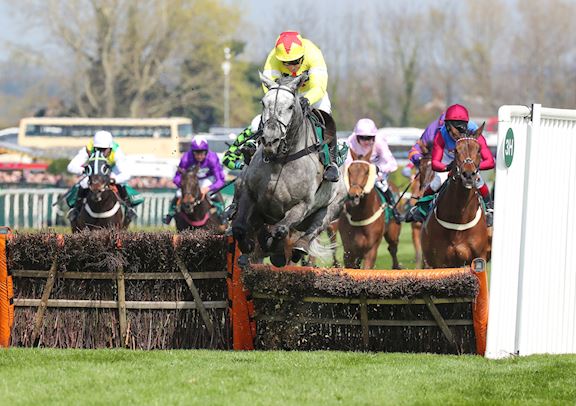 Aux Ptits Soins and Tommy Rapper gave trainer Dan Skelton a one-two in the G3 Gaskells Handicap Hurdle, the opening race of Randox Health Grand National Day.
Grey nine-year-old Aux Ptits Soins, ridden by Skelton's brother Harry and owned by John Hales, in whose colours Neptune Collonges won the Randox Health Grand National in 2012, won by four and a half lengths at 11/1. Tommy Rapper, ridden by Bridget Andrews - Harry's girlfriend - was a 20/1 chance.
Dan Skelton said: "I'm in a spot of bother with my landlord [Dan's father, double Olympic gold medal-winning showjumper Nick, who part-owns Tommy Rapper with Judy Craymer], who was second!
"We deliberately left Aux Ptits Soins away from Cheltenham, because he's a competitor in those Grade Ones and Grade Twos, but he's a lot more comfortable in handicaps. I knew that if I left him fresh for here, we'd give ourselves the best chance. I did fancy him a bit, and I fancied Tommy Rapper to run well as well. I think with a bit more rain, Tommy Rapper would have been even closer, but it's a great team performance; the pair of them have run their socks off there.
"If you watch the race back, you'll see that Aux Ptits Soins professionally negotiated two obstacles - the rest was pretty hairy, but it's about getting over them and surviving, and he did that well.
"He's always been a high-class horse. He underachieved in the Cleeve Hurdle, having given us a good day on New Year's Day [when he won at Cheltenham], but you don't want to be fancying him with anything less than six weeks between his runs.
"Bridget rides him [Aux Ptits Soins] every day, so it was a bit of a tough pill for her to swallow today, being on the runner-up, but she's a big part of the team. It takes everybody to get them to this point." 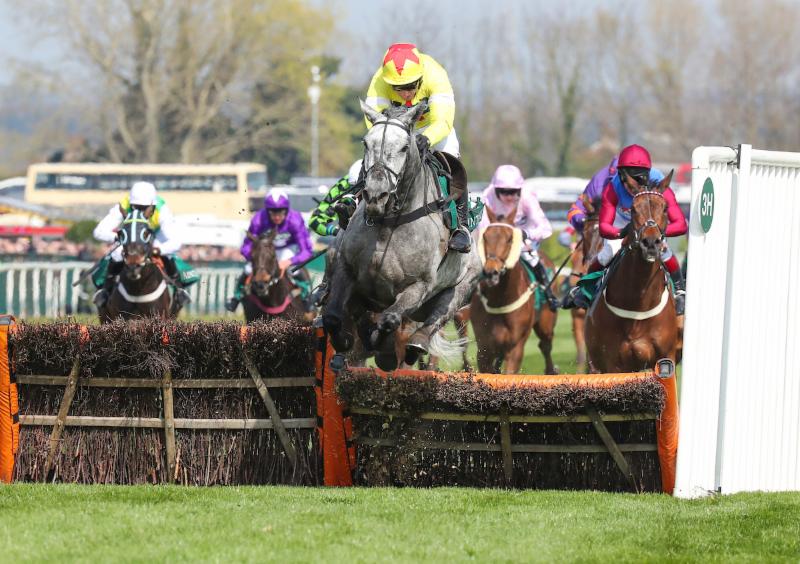