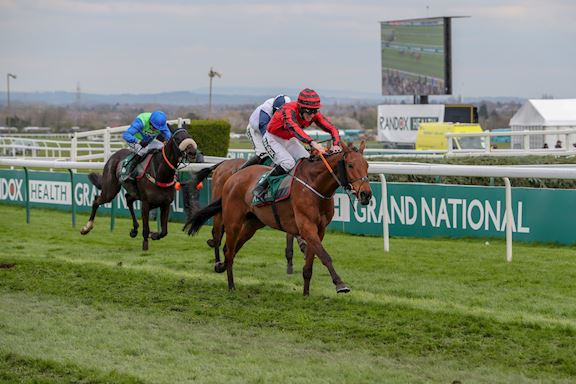 Three Musketeers made a winning debut for Irish trainer Gordon Elliott with success in the opening race on day two, Ladies Day, of the Randox Health Grand National Festival.Ridden by Jack Kennedy, the nine-year-old son of Flemensfirth was backed into 8/1 from 14/1 just before the off. He took up the lead in the closing stages of the two mile and four furlong event and registered a length and three-quarter success over the Tim Vaughan-trained Point Of Principle (25/1) in second.
Three Musketeers was previously trained in England by Dan Skelton and Elliott paid tribute to the gelding's former handler, who suggested the horse should move to Elliott's Cullentra Stables in County Meath.
Elliott said: "Three Musketeers has been with me a couple of months now. In fairness to Dan Skelton, he recommended that the owner send him over to me - he just thought the horse had gone a bit shady. A big thanks has to go to him.
"Three Musketeers had been working well at home [in cheekpieces] so we said we could keep them on.
"It was nice to win today. He is my first horse for the owners, who are from Liverpool originally. I was worried we might be going a step too high, but Jack gave him a great ride.
"Three Musketeers could be a nice horse for something like the Galway Plate. We're happy to go back over fences with him."
Elliott has 13 runners in tomorrow's Randox Health Grand National including the favourite Tiger Roll, who bids to emulate Red Rum, (1973, 1974 and 1977) by winning multiple renewals of the £1-million event.
He said of Tiger Roll: "He's been a horse of a lifetime. He's in great form and he travels over tonight. I wouldn't want to see too much more rain - I don't want it to be too testing. We're looking forward to it.
"The way he won the [G2] Boyne Hurdle and at Cheltenham [Glenfarclas Cross Country Chase] suggests he's better than ever and we're very lucky to have him. His form looks better than ever, but this is his toughest test of the season.
"It's the Grand National and I'm under no illusions, but if he wins it will be a great story. Since Cheltenham we've just tipped away with him - that was the main target, but the National was in our thoughts, too." 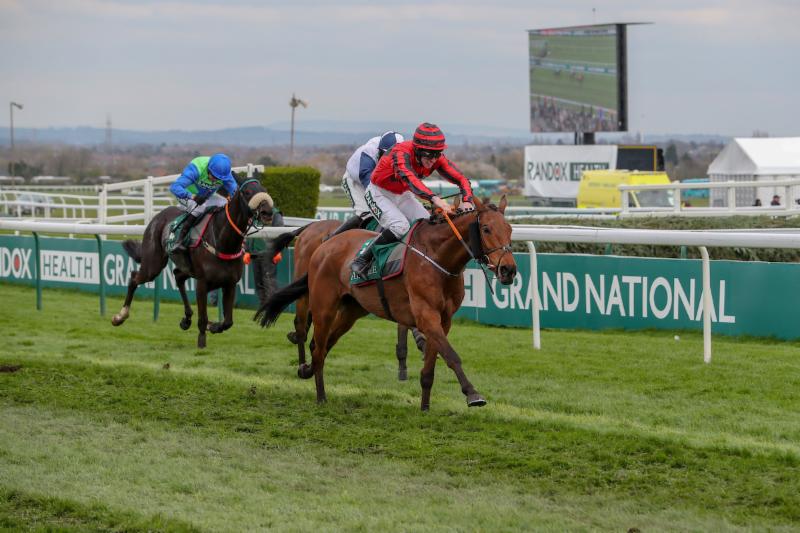