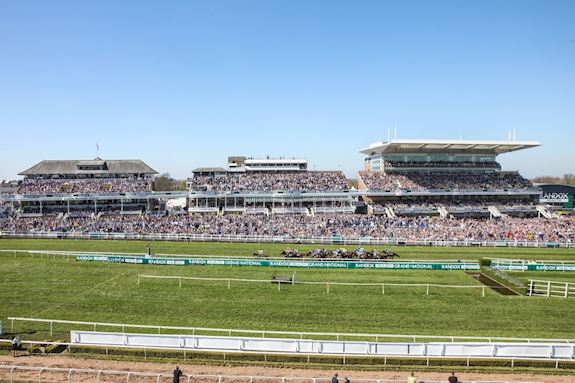 The £1-million Randox Health Grand National, from Aintree Racecourse in the UK, will enjoy truly worldwide TV exposure on Saturday, April 6, as befitting the most famous Jump race in the world.
Racecourse Media Group (RMG), the British-based media rights organisation, which produces and distributes top-class horseracing, will deliver full global coverage of this amazing spectacle.
The Randox Health Grand National, which will see 40 runners take on 30 unique fences in the four-and-a-quarter mile marathon, has attracted broadcasters from all corners of the globe.
Broadcasters in North and South America, plus the Caribbean, include: TVG (US); Canadian Broadcasting Corporation, HPI (Canada); ESPN (Latin America, Caribbean) and SportsMax (Caribbean).
Africa is served by Super Sport (sub-Saharan Africa) and Tellytrack (South Africa), while Australasia is covered by Sky Thoroughbred Central (Australia) and Trackside (New Zealand).
European broadcasters include: National Sports Channel (Russia); ITV and Racing TV (UK, Republic of Ireland); Virgin Media 1 (Republic of Ireland); SilkNet (Georgia); Arena Sport 1 & 2 (Slovakia and Czech Republic) and TV Sports (Norway, Sweden, Denmark).
Seventeen countries in the Middle East and North Africa region will be served by live coverage from Dubai Racing Channel, while Our Sport will broadcast the event live in China. The race will also form part of the Green Channel's international horseracing programme, seen in Japan.
In addition, the race will be available live on selected aircraft (from 11 airlines) and ships (from nine cruise lines) on Sport 24.
CNN will cover the race for its World Sport programme, CNN International's flagship sports news programme, which reaches over 378 million households, while Trans World Sport, the leading global sports magazine programme, will offer the fixture added exposure via its household reach of 326 million.
Coverage of the race will be widely available to news outlets across the world via SNTV, the leading sports news video agency, which delivers to 180 territories around the world.
More than 20,000 British troops and personnel serving overseas will be able to enjoy ITV's coverage of the Randox Health Grand National via BFBS, who provide media services to the UK Armed Forces, which means the race will be broadcast over 16 time zones including the Middle East, Brunei, Germany, Gibraltar, Cyprus, Falklands, Canada South Sudan, Somalia and Kenya, as well as on Royal Navy ships at sea.
RMG will also make the fixture available in nearly 20,000 betting shops across around 40 countries and via circa 40 online bookmakers, which will be streaming the race. RMG's TV channel, Racing TV, will also show the race in 9,000 pubs and clubs in the UK and Ireland.
Radio listeners will enjoy live coverage in the UK courtesy of BBC Radio 5 Live and talkSPORT, while Racing TV Radio, which syndicates audio on behalf of Aintree Racecourse, will distribute to regional, national and international news stations.