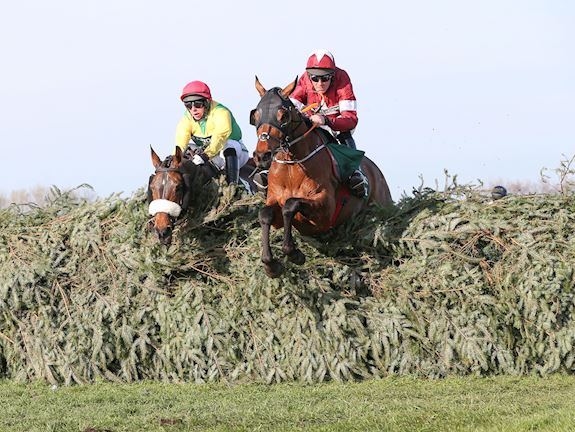 Trainer Gordon Elliott was overcome with emotion as Tiger Roll, ridden by Davy Russell, returned after winning his second consecutive Randox Health Grand National.
Tiger Roll, a nine-year-old by Authorized carrying 11st 5lb, became the first horse since Red Rum in 1974 to win two Randox Health Grand Nationals. He was sent off the 4/1 favourite, and beat 66/1 chance Magic Of Light (Jessica Harrington/Paddy Kennedy) by two and three-quarter lengths.
Elliott, for whom it was a third Randox Health Grand National success - he also trained Silver Birch to win the 2007 renewal of the £1-million race, said: "We work very hard for this the whole time. I've got a brilliant team behind me, and all my family at home. Davy Russell's mother died last year, and this was for her, and my uncle Willie Elliott died this year and this was for him."
Asked to sum up his brilliant horse, who now has four Cheltenham Festival wins and two Randox Health Grand National victories to his name, Elliott shook his head and just said: "Tiger."
Tiger Roll is owned by Gigginstown House Stud, the racing and breeding operation of Ryanair supremo Michael O' Leary.
O'Leary said: "It's just unbelievable. I thought that he genuinely had no chance today carrying that weight, but it was a beautiful ride and a phenomenal training performance by Gordon. It's brilliant he keeps bringing this horse back to Cheltenham better than ever and Aintree better than ever. What a ride by Davy - fantastic!
"Tiger Roll has got a stage now where you just want to mind him. You run the risk every time he runs, you think 'Oh my God, please don't let anything happen to him' and it is unbelievable to win two Grand Nationals. It's incredible. It's a great result for the punters; it's fantastic."
TIGER ROLL WINS THE RANDOX HEALTH GRAND NATIONAL TWICE
After a false start, they were off at 5.19pm at the second attempt and 4/1 favourite Tiger Roll, trained by Gordon Elliott and ridden by Davy Russell, won the Randox Health Grand National for a second-year running in great style.
The nine-year-old chaser became the first horse since Red Rum in 1993/94 to win the world's richest and greatest chase twice.
Elliott, in tears, reacted: "Everyone loves him. He is the people's horse. I cannot believe it."
Owner Michael O'Leary commented: "They don't win for a second year in a row - the odds are so heavily against it. I don't know what Gordon has done this year but Tiger Roll has come back stronger and better than ever.
"I was thinking Davy don't go too early, so well was he going. It is just incredible - I thought we had absolutely no chance."
Russell reacted: "What can I say, Tiger Roll is just an unbelievable horse. I was running away for most of the race. It was marvellous - he gave a couple of stumbles and I think the blinkers lit him up." 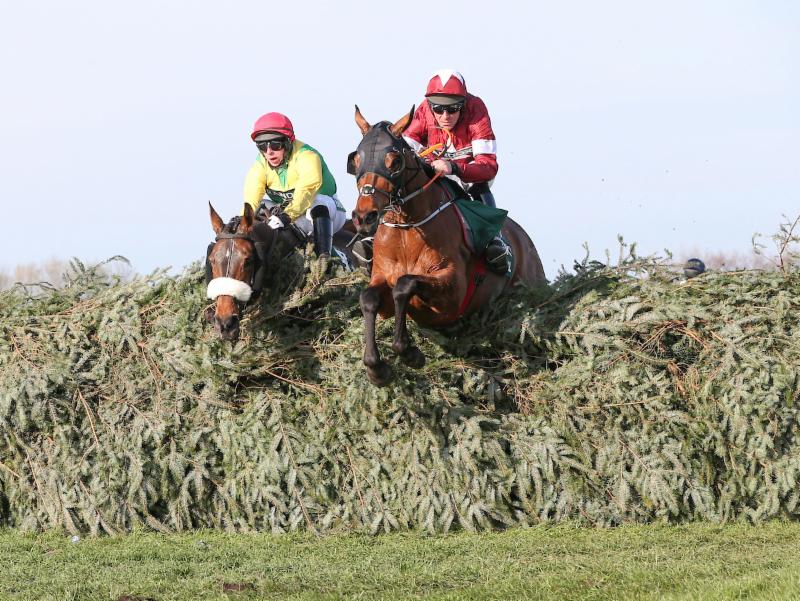