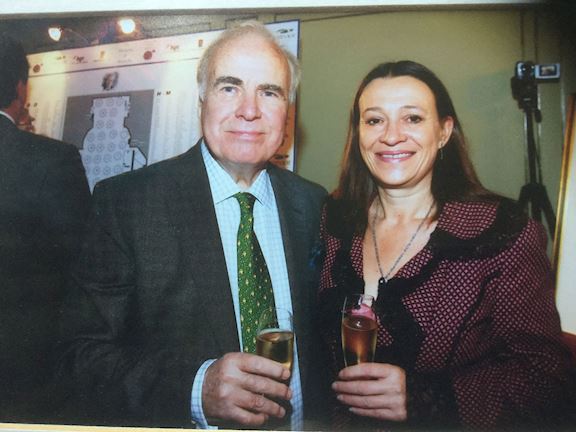 Leading sports writer Hugh McIlvanney, who died in January aged 84, was today inducted to Aintree's Grand National Hall of Fame.
McIlvanney was the pre-eminent sports writer of his era writing for The Sunday Times, for 23 years mostly as chief sports writer, and The Observer.
He was voted sportswriter of the year an unprecedented seven times at the British Press Awards and was the first sports writer to win journalist of the year. According to The Sunday Times, he never once filed a piece for the paper that included a spelling mistake.
He covered some of the most significant sporting moments of the 20th century from England's World Cup triumph in 1966 to Muhammad Ali's battle with George Foreman, the Rumble in the Jungle.
He was a loyal supporter of horseracing, especially the Grand National and Aintree. In The Sunday Times "salute" to McIlvanney's talents his coverage of Aintree's 1997 bomb scare was selected as one of his epic pieces of writing.
McIlvanney's widow Caroline North McIlvanney was at Aintree for the presentation by Aintree's Chairman, Rose Paterson.
Paterson said: "It is a great honour to be inducting the late Hugh McIlvanney into the Aintree Legends. Hugh was arguably the greatest-ever sports writer and enjoyed a 60-year career. His work gave wings to our passion for our sport. He was a huge friend of Aintree and the Grand National and the whole racing industry.
"I'd like to share with you one sentence of his that I feel is particularly appropriate for Grand National day: 'Anyone immune to the delicious lunacy of horseracing is suffering a deprivation which mere solvency can not compensate.'"
Caroline North McIlvanney said of her late husband: "Hugh loved horseracing and the Grand National, he covered the race for well over 50 years. Of all the races that he saw, he loved those in which history was made.
"Hugh would have been deeply honoured by his induction today into the Hall of Fame at the home of the Grand National, it was a race he described as an 'annual blood-quickening blend of the epic and the personal'. He would also have been astonished, as an outside observer of events on the racecourse, to see his name immortalised alongside those of so many of the great champions, equine and human, who have thrilled us all with their heroic feats at Aintree.
"Hugh saw horseracing as a rich seam of material for sportswriters. 'Racing doesn't just generate excitement,' he said. 'It creates lore.' For him, the Grand National had the resonance of a saga in which every owner, trainer and jockey was a story. He was always touched by the warmth and generosity with which racing people responded to how he wrote those stories.
"It is a unique privilege for me to be present today to see Hugh join a gallery of Aintree Legends that includes such illustrious figures as Vincent O'Brien, Tony McCoy, Red Rum and his own dear friend Sir Peter O'Sullevan. Hugh's family and I extend our sincere thanks to Rose Paterson and the directors of Aintree for continuing to demonstrate the warmth and generosity of racing people by choosing him for such a rare accolade.
"If he could be here himself, he would probably say that if the racing world thinks he has added by the tiniest sliver to their enjoyment and appreciation of their sport, he is gratified to the core." 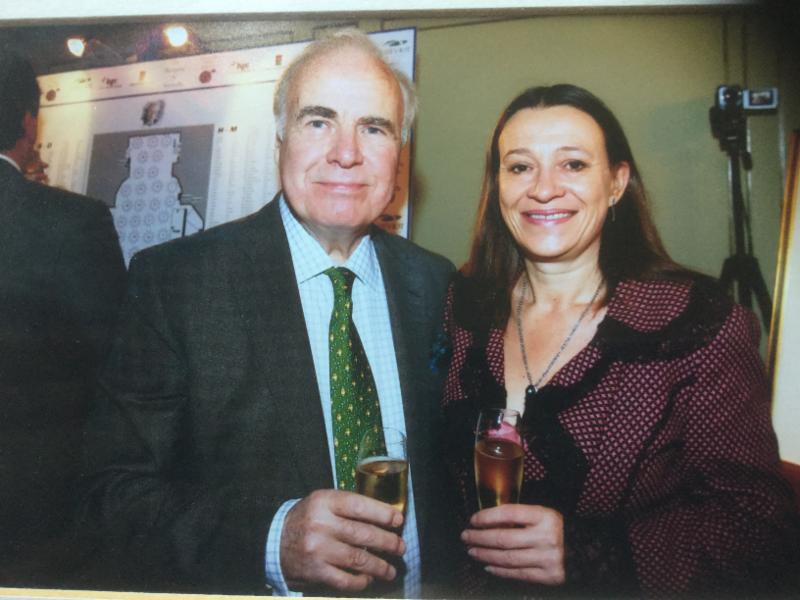