Paul Nicholls is closing in on an 11th Jump trainers' championship and his two entries include Cyrname, who is the top-rated chaser currently in training in Britain with an official BHA rating of 178 following a stunning 17-length success over Waiting Patiently (Ruth Jefferson) in the G1 Betfair Ascot Chase in February.

The Somerset handler also has last year's JLT Chase winner Politologue engaged and the consistent eight-year-old looked as good as ever when chasing home Altior in the Betway Queen Mother Champion Chase over two miles at Cheltenham on March 13. 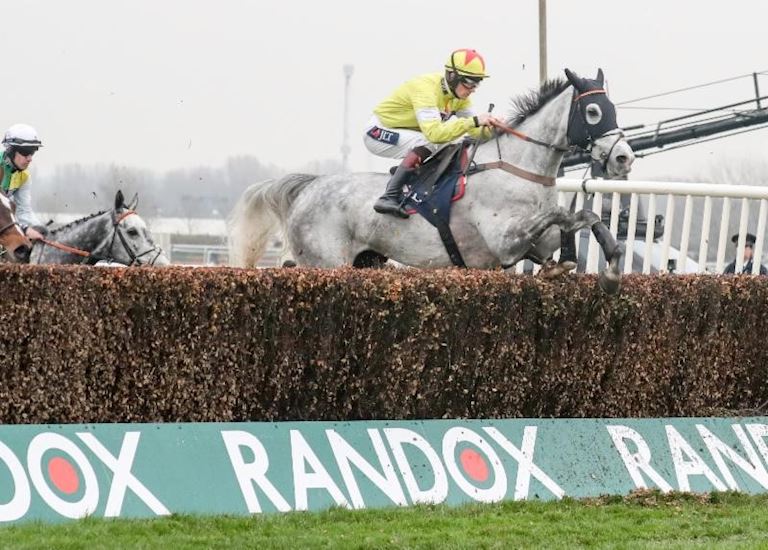 Reigning champion Jump trainer Nicky Henderson is the most successful trainer in the JLT Chase with three winners and his two contenders are Janika and Top Notch, while the four Irish-trained possible challengers include three-time G1 winner Min (Willie Mullins) and Road To Respect (Noel Meade), who was a close third in the G1 Ryanair Chase at Cheltenham earlier this month.

Like A Butterfly (2005) is the only mare to win this race, but La Bague Au Roi (Warren Greatrex) holds strong claims to become the second in 2019.

The daughter of Doctor Dino is unbeaten in four chase starts, which included when defeating subsequent G1 RSA Insurance Novices' Chase first and second, Topofthegame (Paul Nicholls) and Santini, in the G1 32Red Kauto Star Novices' Chase at Kempton Park on Boxing Day. She was last seen when taking the G1 Flogas Novice Chase at Leopardstown, Ireland, in February.

Lambourn-based Warren Greatrex reported: "We have been really pleased with La Bague Au Roi since her win over in Ireland.

"Her win at Kempton obviously took another boost given how the RSA worked out.

"She is in great form and will probably do some more work and another school before Aintree.

"With the weather forecast as it is, the Mildmay Novices' Chase is our preference (La Bague Au Roi is also entered in the Devenish Nutrition Manifesto Novices' Chase on Grand National Thursday)."

Greatrex is also set to be represented in another of the G1 contests on Ladies Day with Emitom among 21 entries for the £100,000 Doom Bar Sefton Novices' Hurdle (4.40pm, 21) over an extended three miles.

The five-year-old is undefeated in five career starts, with a pair of bumper victories last season supplemented by a trio of successes in novices' hurdles this season at Ffos Las, Lingfield Park and Newbury.

Greatrex continued: "Emitom is also very well and it was a good performance to give away a double penalty at Newbury last time out.

"He knuckled down well that day and we're looking to stepping him up in trip."

Henderson could also be represented by Downtown Getaway, not seen since scoring at Ascot in January, while another leading contender is Lisnagar Oscar (Rebecca Curtis), winner of the G2 Albert Bartlett Prestige Novices' Hurdle by 10 lengths at Haydock Park in February.

The race over the Grand National fences on Ladies Day is the £140,000 Randox Health Topham Handicap Chase (4.05pm, 45 confirmations).

Ultragold (10st 10lb, Colin Tizzard) has captured the Randox Health Topham Handicap Chase for the last two years and could try to emulate the only previous three-time winner of the race, Always Waining (2010, 2011 & 2012). The 11-year-old is also engaged in the £1-million Randox Health Grand National at Aintree the following day, Saturday, April 6. 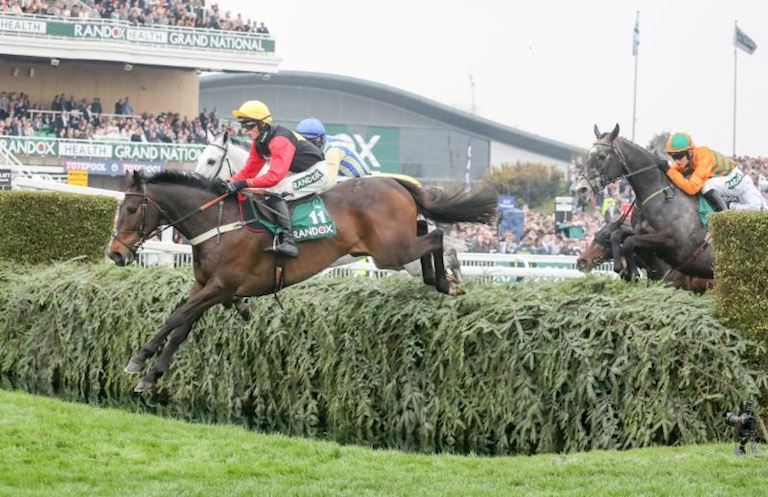 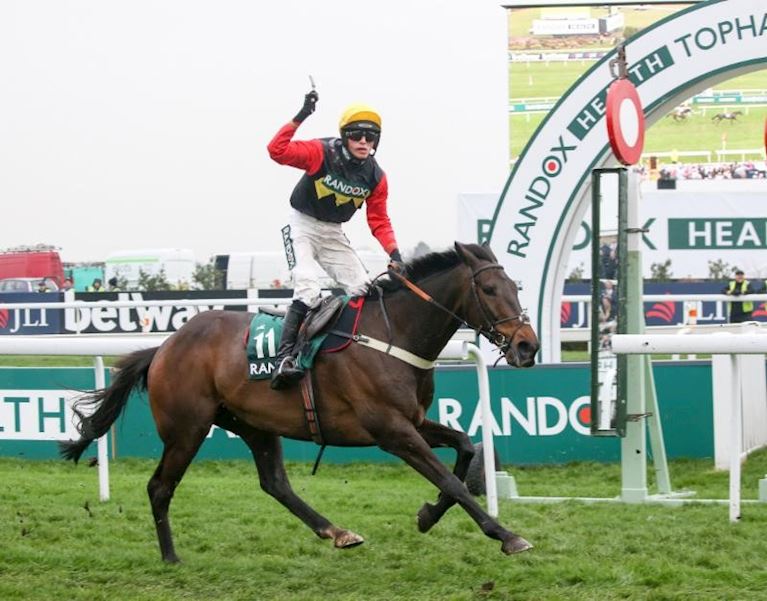 Nicky Henderson is chasing a sixth victory in the two miles, five furlong and 19 yard contest and has five remaining entries, headed by top-weight and market leader Janika (11st 12lb). The six-year-old has finished second on all three starts since arriving at Seven Barrows, with his latest effort coming when runner-up in the G3 Brown Advisory & Merriebelle Stable Plate Handicap Chase at the Cheltenham Festival on March 14.

The going at Aintree remains:

The forecast for today and tomorrow, Sunday, March 31 is for dry, cloudy conditions with some sunny spells. Temperature - 11 degrees Celsius.

Monday, April 1, is predicted to be dry, with sunny spells. Rain is forecast for late afternoon, with up to four millimetres possible.

Tuesday, April 2 is expected to bring a mixture of sunny spells with showers (up to two millimetres of rain). It should become drier later in the day. Temperature - 8 degrees Celsius.

Wednesday, April 3 is forecast to be dry with sunny spells. Showers, yielding up to two millimetres, could possibly arrive later in the day. Temperature - 10 degrees Celsius.

Watering is taking place on all courses to maintain conditions.