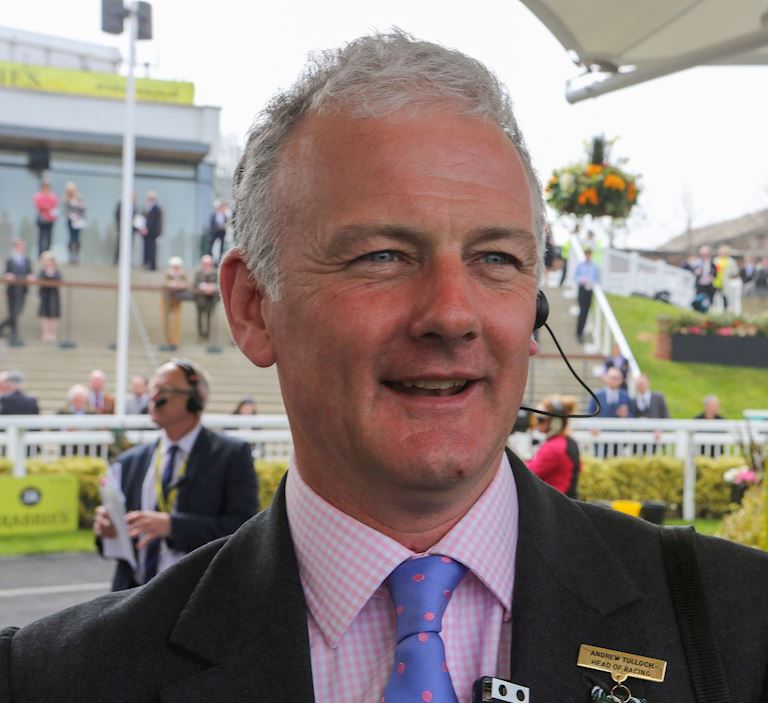 Wednesday 9th October 2019 – Aintree Racecourse’s Clerk of the Course and North West Head of Racing for Jockey Club Racecourses, Andrew Tulloch is to step down from his role in January 2020 after twenty four years working at the home of the Randox Health Grand National.

During his time at Aintree, Andrew has played a major role in the rising success of the Grand National and has been a pivotal figure in promoting the safety and welfare of horses at Aintree, and across the horseracing industry.

Andrew was fundamental to the £1.5 million of changes to the Grand National course, fences and welfare facilities which have resulted in continual improvements to horse welfare.

Andrew co-ordinated the major redevelopment of Aintree with the construction of the new parade ring, Weighing Room and Media Centre, the Earl of Derby and Lord Sefton Stands that were completed in 2007. He was also central in setting up and establishing the Aintree International Equestrian Centre.

As part of his role, Andrew was also joint Clerk of the Course at Jockey Club Racecourse NW’s sister course, Carlisle Racecourse where he had previously been manager following its purchase by The Jockey Club in 2001.

“Being responsible for the world famous Grand National Steeplechase has been a privilege and I have enjoyed being involved with the development and innovation to ensure Aintree, and the Grand National, remain at the forefront of both equine and jockey safety, whilst protecting the unique character of the race.

I am most grateful for the support and help received from the team at Aintree, my colleagues, owners, trainers, jockeys, press, the BHA and the other equestrian disciplines.

I am looking forward to a fresh challenge and working with the team at Bolesworth Estate, who share a passion for horses and equestrian sport, overseeing the commercial activities, including their equestrian events.

“Andrew has been an integral part of the success of Aintree Racecourse over the past twenty four years, fulfilling every role he has held with professionalism, skill and integrity.

His extensive knowledge of the industry and his undoubted passion for equine welfare has helped deliver fundamental change to Aintree and the Grand National course.

I am delighted that Andrew will continue to be part of the Aintree team in an advisory role in the future. His expertise will be pivotal to maintaining the exceptional raceday standards we currently provide for all Horsemen.”

Andrew will be taking up a role at Bolesworth Estate and will remain in an advisory role for Aintree Racecourse.

Aintree is home to The Randox Health Grand National, the most famous horse race in the world which is the climax to a three-day Festival meeting in April every year.  The racecourse hosts five other fixtures, is a leading conference centre in the north west of England, as well as home to the International Equestrian Centre. More information is available at aintree.thejockeyclub.co.uk.

Aintree is part of The Jockey Club which stages thrilling sporting occasions including The Randox Health Grand National, The Cheltenham Festival and The Investec Derby. Millions of people every year enjoy the special experiences we offer through racing, music, food and entertainment. Governed by Royal Charter, every penny we make goes back into British Racing to help the sport thrive. We were founded in 1750 and today we are the largest commercial group in Britain’s second-biggest spectator sport, operating 15 racecourses nationwide, The National Stud, Jockey Club Estates, Jockey Club Catering, Jockey Club Live and our charity, Racing Welfare. For more information visit www.thejockeyclub.co.uk.