Give Me A Copper on target for Randox Health Becher Chase as Nicholls eyes fourth success in £150,000 contest at Aintree on 7 December

The highlight is the £150,000 G3 Randox Health Becher Chase, which takes place over three and a quarter miles of the Grand National course. There are 59 entries for the 2019 renewal, one more than in 2018.

Several horses who have excelled over the Grand National fences have been entered, including 2017 Randox Health Grand National hero One For Arthur (Lucinda Russell) and Pleasant Company (Willie Mullins), one of seven Irish-trained entries, who finished the fast-finishing head runner-up to Tiger Roll in the 2018 running of the world’s greatest chase. Two previous Randox Health Becher Chase winners are also among the entries – 2016 scorer Vieux Lion Rouge (David Pipe) and Walk In The Mill (Robert Walford), successful in 2018.

The 11-times champion Jump trainer Paul Nicholls has won the Randox Becher Chase three times courtesy of Silver Birch (2004), Eurotrek (2006) and Mr Pointment (2007). His four entries this year are headed by Give Me A Copper, who recorded the most significant victory of his career to date when taking the Listed Badger Beers Silver Trophy Handicap Chase over three miles and a furlong at Wincanton on 9 November. The lightly-raced nine-year-old is part-owned by former Manchester United manager Sir Alex Ferguson. 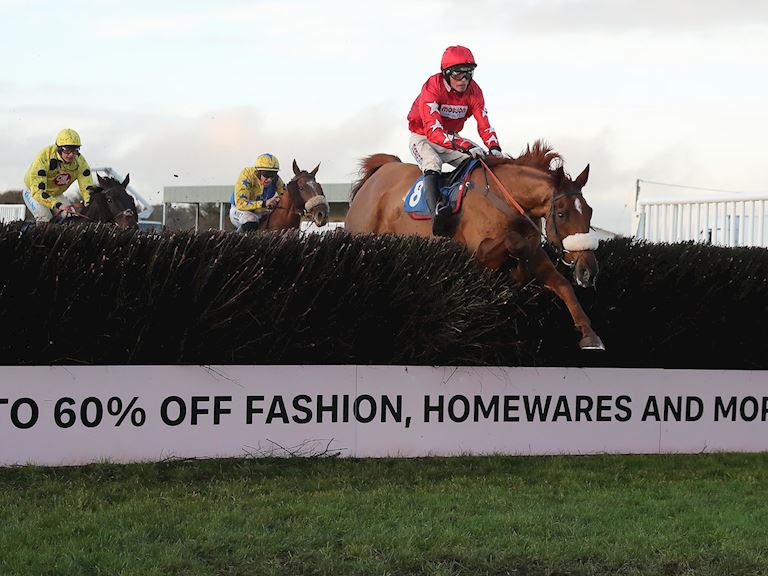 Harry Derham, assistant trainer to Paul Nicholls, reported: “Give Me A Copper has come out of Wincanton in good form.

“It was great to see him get his head in front on his first start of the season.

“He has always been a horse we have liked and were delighted with his performance.

“Paul has indicated that the Becher Chase could now be an intended target, with the Grand National a potential long-term aim.

“As De Mee and Sametegal are potentially other horses who could head to Aintree in December for the Becher or Grand Sefton."

Several high-class performers have been entered including Ballyoptic (Nigel Twiston-Davies), recent winner of the G2 Charlie Hall Chase at Wetherby. Gloucestershire-based Twiston-Davies is the most successful trainer in the history of the Randox Health Becher Chase with six victories and could also rely on last season’s Scottish Grand National fourth Blue Flight.

Fourth behind Ballyoptic at Wetherby was Definitly Red (Brian Ellison), who has landed four G2 contests including the Many Clouds Chase on Becher Chase Day in 2018.

Vintage Clouds (Sue Smith) was a good runner-up in the G3 Ultima Handicap Chase at Cheltenham last season but got no further than the first in the Randox Health Grand National.

Among the 39 entries is the aforementioned As De Mee, the winner in 2016 and owned jointly by The Stewart Family and Oscar-winning actress Dame Judi Dench.

Another contender is Ultragold (Colin Tizzard). The 11-year-old is a real Aintree specialist, having twice landed the G3 Randox Health Topham Handicap Chase over the same distance at the Randox Health Grand National Festival in 2017 and 2018.

Weights for the Randox Health Becher Chase and Virgin Bet Grand Sefton Handicap Chase will be revealed on Wednesday, November 20.

The £60,000 Best Odds Guaranteed At Virgin Bet Many Clouds Chase takes place over the Mildmay Course at Aintree on Becher Chase Day.

Staged over three miles and a furlong, it was first run in 2011 and upgraded to G2 level in 2017, when it was renamed to honour the late 2015 Grand National hero Many Clouds who won this race in 2016.

Colin Tizzard is eyeing the Best Odds Guaranteed At Virgin Bet Many Clouds Chase for the return of Native River, winner of the G1 Magners Cheltenham Gold in 2018. The nine-year-old was last seen when fourth to Al Boum Photo in the 2019 renewal of chasing’s Blue Riband.

Joe Tizzard, assistant trainer to his father, revealed: “Native River is in good form. All being well, he will run in the Many Clouds in December.

“He is in full work and we were always going to start off with him a bit later this year.

“We are very happy with him and Aintree looks a good starting point.

“The main aim this year again I’m sure is the Gold Cup. He has been to five Cheltenham Festivals and has always run with credit.

“I think he does need a bit of cut in the ground as that just helps him. He has never been the quickest and that just slows the rest down a little bit.

“We have talked about a tilt at the Grand National at home, but it is something we will properly discuss when we get him back on the track."