Alpha Des Obeaux and Ballyoptic head the weights on 11st 12lb, details of which are revealed today, for the £150,000 G3 Randox Health Becher Handicap Chase (59 entries) over the Grand National fences at Aintree on Saturday, 7 December, Becher Chase Day.

Alpha Des Obeaux, one of four entries for Irish trainer Gordon Elliott, finished third in the G1 Champion Chase at Down Royal on 2 November, while Ballyoptic captured the G2 Charlie Hall Chase at Wetherby on the same afternoon.  Ballyoptic is expected to run this weekend in the G1 Betfair Chase at Haydock Park.

Ante-post favourite Give Me A Copper, who headlines four entries for champion trainer Paul Nicholls, has been allotted 11st 1lb on the back of his victory in the Listed Badger Beers Silver Trophy Handicap Chase at Wincanton.

A handful of entries have already excelled over the Grand National fences, none more so than 2017 Randox Health Grand National victor One For Arthur (Lucinda Russell, 11st 2lb), the first Scottish-trained winner of the world’s greatest chase since Rubstic in 1979.

Having missed the 2018 Randox Health Grand National due to injury, One For Arthur finished sixth in this year’s renewal. The 10-year-old began the current campaign with a fourth behind Mysteree (Michael Scudamore, 10st 5lb) in a handicap chase at Kelso on 26 October.

Russell said: “One For Arthur is in good shape and the plan is the Randox Health Becher Handicap Chase.

“He ran a really good race at Kelso on his return to action. We were delighted with the performance.

“The Becher was always going to be his next target and we are looking forward to taking him back to Aintree.” 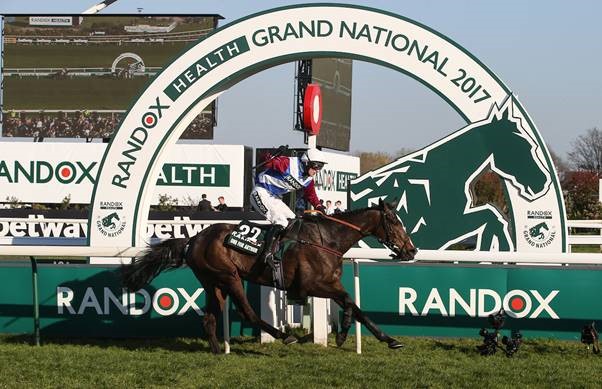 Robert Walford said: “Walk In The Mill has come out of his reappearance at Wincanton fine [when PU in Badger Beers Silver Trophy Handicap Chase].

“We are happy with him at home and the plan now to hopefully head back to Aintree for the Randox Health Becher Handicap Chase.” 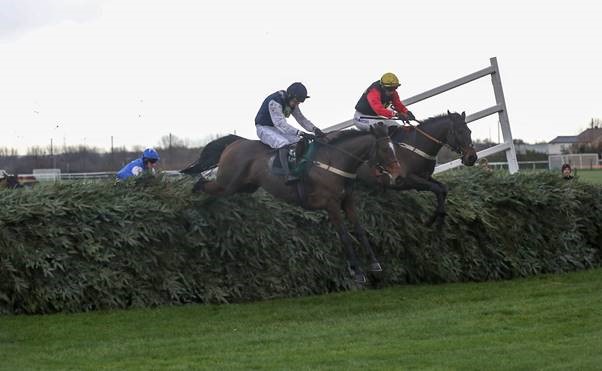 Walk In The Mill (nearside)

Owner Trevor Hemmings has an excellent record over the Grand National fences. His four entries include Vintage Clouds (Sue Smith, 10st 12lb) and Lake View Lad (Nick Alexander, 11st 9lb), who finished second and third in the G3 Ultima Handicap Chase at the Cheltenham Festival, as well as Burtons Well (Venetia Williams, 10st 5lb), the winner of a veterans’ handicap chase at Aintree on 26 October.

O O Seven has been handed top-weight of 11st 12lb for the other race over the Grand National fences on Becher Chase Day, the £80,000 Virgin Bet Grand Sefton Handicap Chase over two miles and five furlongs.

O O Seven, one of five entries for trainer Nicky Henderson, has not raced since landing a valuable grade A handicap chase at the Punchestown Festival in early May.

As De Mee (Paul Nicholls, 11st 1lb) captured the Virgin Bet Grand Sefton Handicap Chase in 2016 and the nine-year-old could bid to become the first multiple winner of the race.