Vieux Lion Rouge (David Pipe/Tom Scudamore) captured the three and a quarter-mile showpiece in 2016, when he got up on the line for a thrilling success.

The 10-year-old, who will make his eighth appearance over the Grand National fences, was also runner-up to Walk In The Mill (Robert Walford/James Best) 12 months ago. Both horses will be aiming to become the third dual winner of the race following Into The Red (1994 & 1996) and Hello Bud (2010 & 2012).

One For Arthur (Lucinda Russell/Derek Fox) became the first Scottish-trained winner of the Randox Health Grand National for 38 years in 2017 and came home sixth behind Tiger Roll in the world’s greatest chase earlier this year. 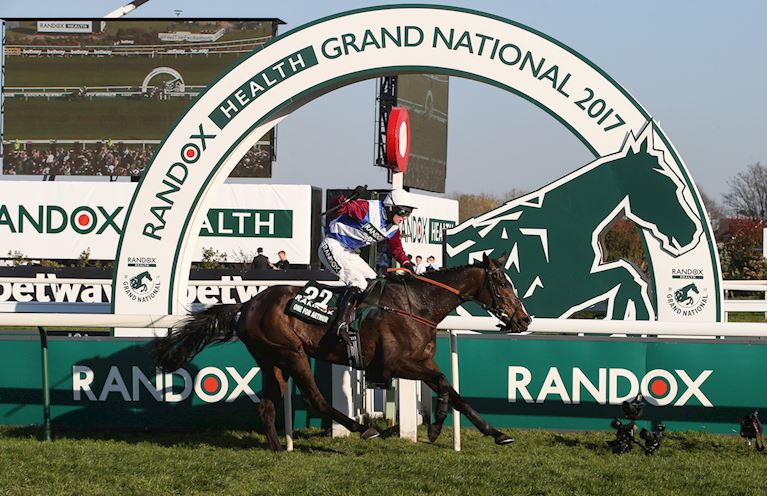 Mulcahys Hill (Warren Greatrex/Adrian Heskin) is 6/1 favourite with Virgin Bet, who sponsor six of the eight races on Becher Chase Day. The second- season novice recorded a first victory over fences at Cheltenham in October with a neck success over subsequent winner Wholestone.

Trevor Hemmings has seen his colours carried to victory in the Grand National three times and the owner is represented by two-time Cheltenham Festival runner-up Vintage Clouds (Danny Cook), who is trained by Grand National-winning trainer Sue Smith.

Definitly Red (Brian Ellison/Henry Brooke) is no stranger to success on Becher Chase Day, having captured the past two runnings of the G2 Virgin Bet Price Boosts Many Clouds Chase. The classy 10-year-old will make a second start over the Grand National fences, having been badly hampered and pulled up in the 2017 Randox Health Grand National. 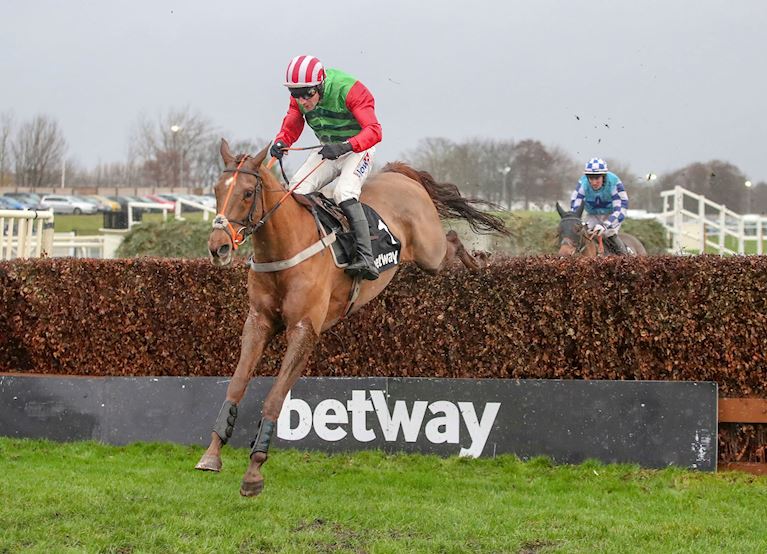 Nigel Twiston-Davies is the most successful trainer in the Randox Health Becher Handicap Chase and will aim for a remarkable seventh win with this season’s G2 Charlie Hall Chase victor Ballyoptic (Sam Twiston-Davies).

Kimberlite Candy (Richie McLernon) has established himself as a talented staying-chaser for Tom Lacey, winning a three-mile handicap chase at Ayr last season before finishing third in a valuable contest over the same trip at Sandown Park.

The son of Flemensfirth, who races in the colours of J P McManus and is 17/2 with Virgin Bet, makes his first start since pulling up in the Irish Grand National at Fairyhouse in April. He will be wearing cheekpieces for the first time on Saturday.

Herefordshire-based Lacey said: “The Becher Chase has been the plan for a while with Kimberlite Candy. Hopefully, this sort of test will suit and the fences will bring out the best of him.

“He is a horse who wants this trip and hopefully he can run well.”

As De Mee, 12/1 with Virgin Bet, scored over the Grand National fences when taking the Grand Sefton Chase on this card three years ago. The nine-year-old, who is jointly-owned by the Stewart family and Dame Judi Dench, was sidelined for the whole of last season but made a pleasing return to action in a Listed handicap hurdle at Cheltenham in November.

His trainer Paul Nicholls said: “We are pleased with As De Mee. He picked up a tendon injury last year and missed the whole season.

“He loves the fences, having won the Grand Sefton, and he had a nice start this season over hurdles. We are looking forward to it.”

Gloucestershire-based trainer Ben Pauling is hoping that his Cheltenham Festival winner Le Breuil (Mr Jamie Codd) can advertise his Grand National claims with a good effort on his first attempt over the unique fences.

The seven-year-old, 25/1 with Virgin Bet capped a fine first season as a chaser last term with victory in the marathon G2 National Hunt Chase at Cheltenham in March, but was pulled up on his first start of the current campaign in the G2 West Yorkshire Hurdle at Wetherby at the start of November.

Pauling said: “Le Breuil has been in good nick at home and we want to give him a try over this fences this weekend as the Grand National is the long-term aim.

“He was pulled up last time out, but we think we have got to the bottom of that and hopefully he can run well.”

Mysteree (Michael Scudamore/Brendan Powell) and Wandrin Star (Kim Bailey/David Bass) have both made winning starts to their campaigns, while Ballydine (Charlie Longdson/Leighton Aspell) will be looking to return to the form that saw him finish third in last season’s G2 Peter Marsh Handicap Chase.

Casablanca Mix (Nicky Henderson), Maire Banrigh (Dan Skelton) and Atlanta Ablaze (Henry Daly) have all made unbeaten starts to their seasons and all three have been entered in the £25,000 Listed Houghton Mares' Chase (12.00pm), which has been rescheduled following the abandonment of Carlisle on Sunday, 1 December.