In 2019, Tiger Roll became the first horse since Red Rum to win back-to-back Grand Nationals and the 10-year-old now has the chance to become only horse to land three consecutive runnings of the world’s greatest chase.

Trained in Ireland by Gordon Elliott and owned by Michael O’Leary’s Gigginstown House Stud, Tiger Roll is due to begin his campaign in either the G2 Boyne Hurdle at Navan on 16 February or in the Glenfarclas Cross Country Chase at the Cheltenham Festival on 10 March, where he was won four times previously. 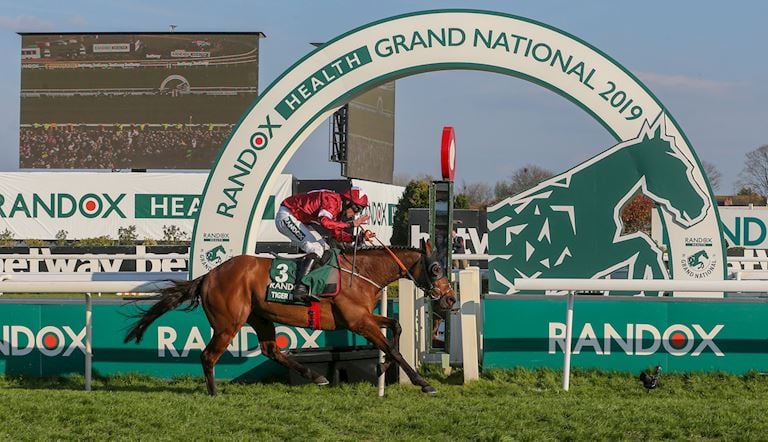 Elliott accounts for 18 of the 45 Irish-trained entries in total, the most of any handler, as he chases a fourth success in the race. If victorious, he would emulate Fred Rimmell and Ginger McCain as the most successful trainer in Grand National history.

The 10-year-old, who carries the colours of Baroness Dido Harding, captured the G3 Randox Health Becher Handicap Chase for the second time at Aintree in December, making him the first back-to-back winner of the race.

Trainer Robert Walford said: “Walk In The Mill came out of the Becher in great form and the intention now is to run him over hurdles at Chepstow on Friday.

“It will be good just to get him out on the course and that is why we are going to run at Chepstow.

“This will probably be his last fun before the Grand National. There are other races that we could run in, but I would like to go to Aintree with a fresh horse, so to run now suits our schedule.

“He has been a brilliant horse for me. He just seems to love those fences at Aintree and it is exciting to have a live Grand National contender on our hands.” 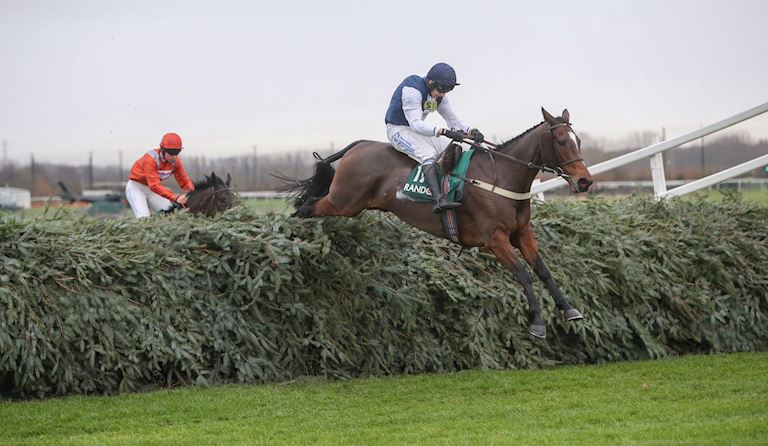 Sue Smith, who tasted Grand National success in 2013 with Auroras Encore, has given Vintage Clouds an entry after his impressive victory in the G2 Peter Marsh Handicap Chase at Haydock Park on 18 January. He is a 25/1 chance with Betway.

Vintage Clouds fell at the first in the 2019 Randox Health Grand National and was pulled up in the Randox Health Becher Chase following a bad mistake.

His owner Trevor Hemmings is the joint most successful in Grand National history with three wins – Hedgehunter (2005), Ballabriggs (2011) and Many Clouds (2015).

Smith said: “After consideration we have decided to enter Vintage Clouds for the Grand National.

“Having discussed it at length with Trevor Hemmings [owner], we decided that having won so well in the Peter Marsh Chase, it was worth keeping our options open until nearer the time.

“He has slightly struggled over the Aintree fences, particularly in the Becher, but we want to keep all options on the table for the time being.

“He jumped superbly in the Peter Marsh and has come out of the race very well.”

Champion trainer Paul Nicholls ended his wait for Grand National glory in 2012 with Neptune Collonges. The Somerset handler’s six entries include Listed Badger Beers Silver Trophy victor Give Me A Copper, who is part-owned by Sir Alex Ferguson.

Weights for the Randox Health Grand National are unveiled before an invited audience at St George’s Hall in Liverpool on Tuesday, 11 February.

The Randox Health Grand National is the only race for which senior BHA chase handicapper Martin Greenwood is able to deviate from official ratings in allotting weights.

Betway’s Alan Alger: “Since crossing the line first in last year’s race, the extraordinary Tiger Roll has been perched at the top of the betting for the 2020 renewal and we are currently offering a top price of 7/1. Could he be the first horse to win the race three years in a row?

“Native River, the 2018 Gold Cup Winner, looks to have been campaigned for a crack at the Grand National and the Colin Tizzard trained gelding is available at 20/1 with us at Betway.

“Despite winning almost all there is to win in horse racing, the Grand National still eludes Nicky Henderson. This year, he has four horses entered in an attempt to break his duck and for the master trainer to win the race with any of his entrants is 10/1.”

Grade 3 handicap chase, £1 million total prize fund. Aintree, 5.15pm Saturday, April 4, 2020. 4m 2f 74yds over the Grand National fences. For seven-year-olds and upwards who, prior to March 17, have started in a chase during the current season and been placed first, second, third or fourth in a chase with an official distance description of' two miles seven and a half furlongs' or more at any time during the horse's career. Horses must also be allotted a rating of 125 or more by the BHA Head of Handicapping following a review of the horses entered and after taking account of races run up to and including February 9. Horses which are not qualified for a rating in Great Britain or Ireland at closing may also be entered. Such horses may be eligible for a weight providing the Handicapper is satisfied that the horse's racecourse performances up to and including February 9 would merit a minimum rating of 125. To qualify, horses must have run at least three times in chases run under the Rules of Racing of the same Recognised Racing Authority up to and including February 10. At the Handicapper's discretion, such horses may be allocated a rating. The decision of the BHA Head of Handicapping shall be final. Entries closes January 29 (105 entries), weights revealed February 11, first scratchings deadline February 25, second scratchings deadline March 17, five-day confirmations March 30, final declarations 10am April 2. Maximum field of 40 plus four reserves.

Give Me A Copper

Walk In The Mill