Walk In The Mill is the 5/1 favourite with William Hill as he prepares for an historic hat-trick bid in the £120,000 G3 William Hill Becher Handicap Chase (1.30pm) over the Grand National fences at Aintree on Becher Chase Day, Saturday, 5 December.

Walk In The Mill (Robert Walford) created history 12 months ago by becoming the first back-to-back winner of the three and a quarter mile highlight and the third dual scorer in total. No horse has won William Hill Becher Handicap Chase three times.

Walk In The Mill’s excellent record over the course extends to Randox Health Grand National itself, with the 10-year-old finishing an honourable fourth behind Tiger Roll in 2019. 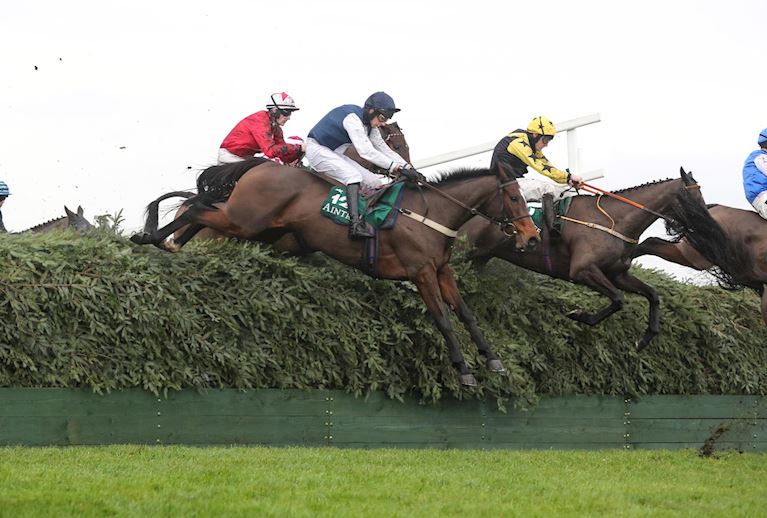 Minellacelebration has already been in winning action at Aintree this season, having posted an impressive 14-length victory in the Every Race Live On Racing TV Veterans' Handicap Chase on the Mildmay Course at the end of October.

The 10-year-old, who also captured the Listed Summer Cup Handicap Chase at Uttoxeter in July, has looked an improved performer since undergoing wind surgery after finishing 10th in the 2019 Becher Handicap Chase.

Trainer Katy Price, who is based at Hay-on-Wye on the Welsh borders, said today: “Minellacelebration is in really good order and heads to Aintree this weekend.

“He can either run in the Many Clouds Chase where he looks likely to take on Frodon or Native River or he goes for the Becher Chase. I need to speak to the owner [Nick Elliott] again, but the Becher Chase is where we are leaning towards.

“I think Minellacelebration is in a better place this season. He won nicely at Aintree on the Mildmay Course and I think he has benefited from a breathing operation.

“We have been careful not to overrun him. We have had to leave some other big races in order to keep him fresh, but it seems to have paid off so far.

“He was travelling well and jumped nicely in the Becher last year but just got tired. I think given the breathing operation and the form we have him in him at home, we have to be hopeful of a good performance in the Becher, which just looks a more realistic target and our best chance.

“I am praying for it not to rain. We don’t want to run him on very heavy ground and, at the moment, the weather forecast does not look too bad. We are very lucky to be running in December on decent ground compared to testing conditions and that will suit him. As long as the ground doesn’t get too testing, I think he has a really good chance.

“It is hugely exciting for a yard like ours to have a runner in one of the biggest races and we are looking forward to seeing how he gets on.” 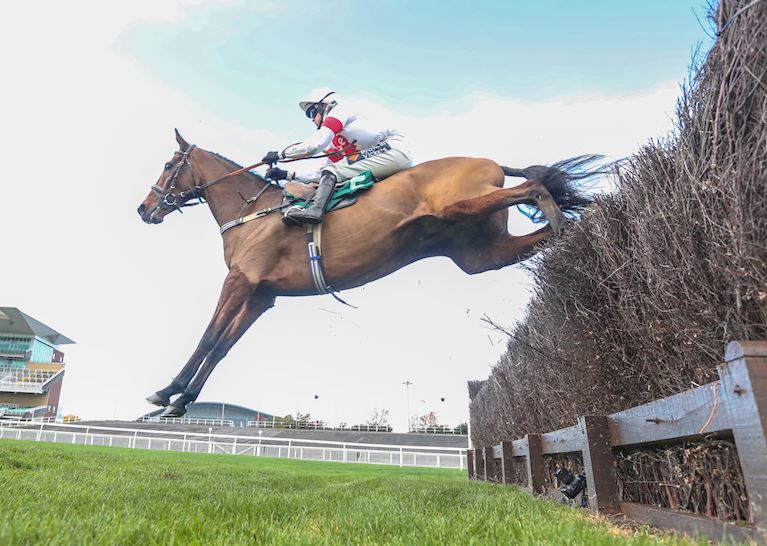 Minellacelebration on his way to victory at Aintree

Nigel Twiston-Davies has the best record of any trainer in the William Hill Becher Handicap Chase, with six wins since the race’s inception in 1992.

The Gloucestershire handler is responsible for Callet Mad, who has been off the track for almost two years since finishing second in the G3 Classic Handicap Chase at Warwick in January 2019.

Paul Nicholls is another trainer to note in this race, though the latest of his three successes came in 2007 with Mr Pointment. Nicholls is represented by potential top weight Yala Enki and Give Me A Copper, who landed the Listed Badger Beers Silver Trophy Handicap Chase at Wincanton last season.

Other key contenders among the 17 five-day confirmations include 2019 National Hunt Chase scorer Le Breuil (Ben Pauling) and Ramses de Teillee (David Pipe), who was successful in a G3 handicap chase at Cheltenham earlier this month.

“This is our first time sponsoring the Becher and we could not be happier with the entries,” said William Hill spokesman Rupert Adams. “Like Tiger Roll, Walk In The Mill is going for a hat-trick of victories over the National fences and he is a very worthy favourite.”

Huntsman Son (Alex Hales) and Modus (Paul Nicholls), both successful first time up this season, are the 7/1 joint favourites with William Hill.

Huntsman Son impressed when taking a Listed handicap chase at Wetherby on 30 October, while Modus won the Follow @WillHillRacing On Twitter Handicap Chase at Aintree on 7 November.

An interesting contender is 2018 Cheltenham Gold Cup runner-up Might Bite (Nicky Henderson), who shaped well for a long way when fifth on his reappearance at Ascot on 31 October.

Soft, Good to Soft in places

Good to Soft, Soft in places (both Chase & Hurdle courses)

It has been raining today, with up to three millimetres possible by the end of the day.

Tomorrow, Tuesday, 1 December, is expected to drier before the unsettled conditions return from Wednesday through to Friday with showers, which could occasionally be heavy, forecast.

Becher Chase Day on Saturday is forecast to be largely dry with some sunny spells.

Grand National-style schooling fences are now available at the Jockey Club Estates training grounds in Lambourn ahead of Becher Chase Day at Aintree on Saturday, 5 December.

Images of the schooling fences can be found below: 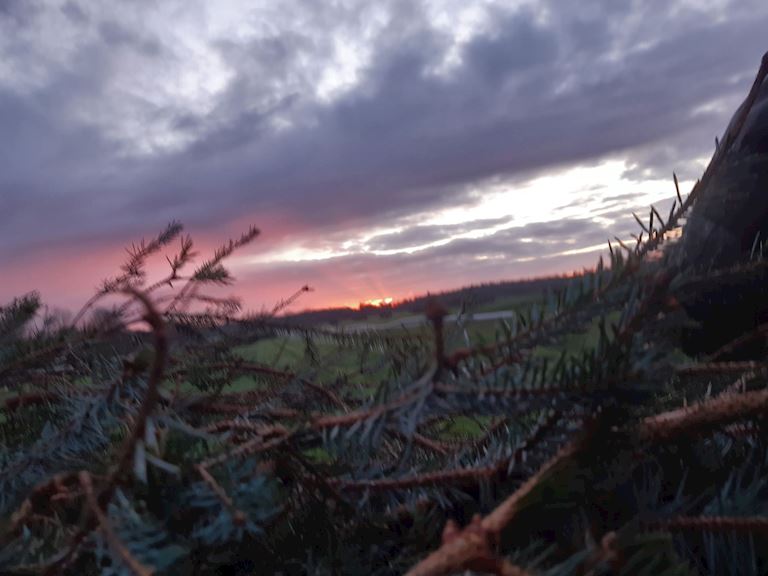 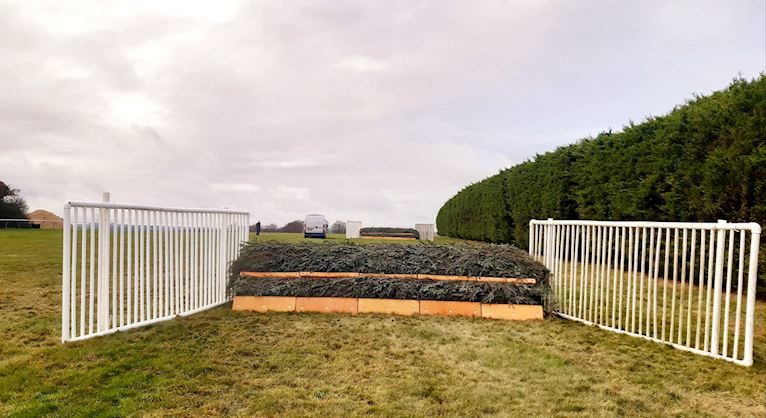