Tuesday, 22 December, 2020 – Global healthcare company, Randox, has reached agreement with The Jockey Club for a five-year extension to its sponsorship of the world's greatest steeplechase, the Grand National, and the three-day Grand National Festival staged at Aintree Racecourse.

The new agreement will run from 2022-2026, following on from the existing five-year deal which runs until next year. This ten-year sponsorship will be the second-longest partnership in the history of the Grand National. 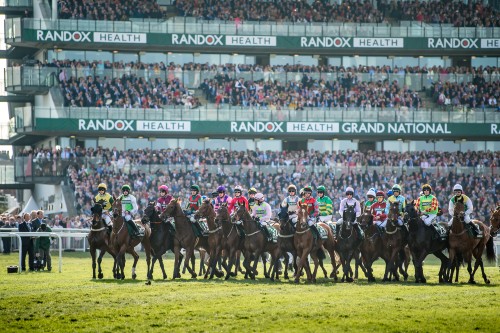 As the largest healthcare diagnostics company from the UK and Ireland, Randox undertakes research, development, manufacture and distribution of innovative laboratory tests and analysers. In 2019 Randox manufactured more than 4 billion tests and was active in 145 countries. The company employs more than 2,000 staff, including more than 450 research scientists and engineers, with key facilities located in Co Antrim and Co Donegal.

Randox focuses on the provision of comprehensive, accurate and timely testing in order to identify risk to health, improve clinical diagnoses and promote preventative healthcare; aiming to achieve better healthcare outcomes whilst reducing the burden on clinical services. 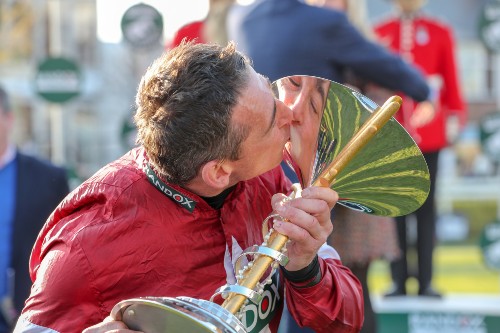 In early 2020 Randox recognised the threat from COVID-19 and, based on almost 40 years of diagnostic experience, quickly developed a test to accurately identify the virus. Testing at scale commenced within weeks to support both the UK’s National Testing Programme and private clients.

In March 2020, the company was processing 150 COVID-19 tests a day, but through investment and the enormous effort of its staff, Randox has been able to boost its laboratory testing capacity to process 90,000 COVID-19 samples per day for the UK Government’s National COVID-19 Testing Programme, making it the most productive laboratory in the UK and Ireland, and amongst the largest in Europe. It anticipates this climbing to 100,000 daily tests.

“We have thoroughly enjoyed working with The Jockey Club’s team at Aintree and look forward to another successful five years, when we are once again able to come together to celebrate the Randox Grand National.”

“This terrible pandemic has increased understanding of the importance of diagnostics and testing across our society. As a company founded with the ultimate aim of saving lives, we will work hard to convert that better understanding into the improvement of people’s health in the future.”

Dr. FitzGerald, adds: “2020 has been a year of massive change and Randox has been at the forefront of countering the greatest pandemic to sweep these islands in 100 years. As a result, we are comfortable that our core company name is now synonymous with ‘health’ so are very happy to combine with Aintree to rebrand the world’s greatest steeplechase as, more succinctly, ‘the Randox Grand National’.

“We are excited for this new era of our partnership, of horse racing, and of society – in which COVID has taught us to appreciate the important things in life – our friends, our family, and our health. We very much look forward to the next five years.”

With around 9.5 million people tuning in each year in the UK through broadcast partners ITV, The Randox Grand National attracts one of the largest live TV audiences in sport. In 2017, ITV won a BAFTA for their exceptional coverage of the world’s greatest steeplechase. Worldwide the event attracts an estimated television audience of around 600 million.

Randox also continues as the Official Healthcare Partner of The Jockey Club. Founded in 1750 and today British Racing's largest commercial group, The Jockey Club runs many of the sport's most iconic assets which, as well as The Randox Grand National Festival, include the The Festival™ at Cheltenham, The Derby Festival at Epsom Downs and the National Stud, with all profits going back into the sport thanks to being a company incorporated by Royal Charter. 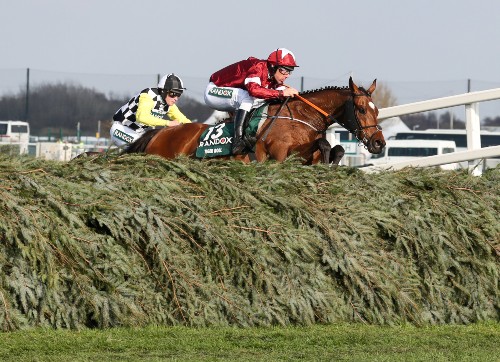 "I am delighted that Randox has agreed to extend their sponsorship for the Grand National Festival for a further five years. It’s been a fantastic partnership over the past few years and we’ve been extremely impressed with their operation as well as their dedication to one of sports’ most iconic events.

“At a time when we are facing massive challenges in British racing, it is a tremendous boost to The Jockey Club, and a huge endorsement to the Grand National itself, that a new multi-year deal has been agreed with Randox.”

“The Randox Grand National continues to go from strength to strength and we look forward to working closely with Dr FitzGerald and his talented and committed team in the coming years.”

Aintree is home to The Randox Grand National, the most famous horse race in the world which is the climax to a three-day Festival meeting in April. The racecourse hosts five other fixtures and is a leading conference centre in the north west of England. More information is available at aintree.thejockeyclub.co.uk

Aintree is part of The Jockey Club which stages thrilling sporting occasions including The Randox Grand National, The Festival™ and The Derby Festival at Epsom. Millions of people every year enjoy the special experiences The Jockey Club offers through racing, music, food and entertainment. Governed by Royal Charter, every penny made goes back into British Racing to help the sport thrive. The Jockey Club was founded in 1750 and today is the largest commercial group in Britain's second-biggest spectator sport, operating 15 racecourses nationwide, The National Stud, Jockey Club Estates, Jockey Club Catering, Jockey Club Live and the charity, Racing Welfare. For more information, visit www.thejockeyclub.co.uk

As the largest healthcare diagnostics company from the UK and Ireland, Randox undertakes research, development, manufacture and distribution of innovative laboratory tests and analysers. In 2019 Randox, manufactured over 4 billion tests, and operated in 145 countries. With over 2,000 staff, including over 450 research scientists and engineers, key facilities are located in Co Antrim and Co Donegal.

Randox focuses on the provision of comprehensive, accurate and timely testing in order to identify risk to health, improve clinical diagnoses and promote preventative healthcare; aiming to achieve better healthcare outcomes whilst reducing the burden on clinical services.  In that regard Randox’s innovative Biochip Technology allows many tests to be run simultaneously, greatly improving the diagnostic power available to clinicians.  These technologies enable Randox Health Clinics in Liverpool, London and Northern Ireland to provide public access to advanced health screening involving of hundreds of diagnostic tests. Such packages provide an extraordinary insight into a person’s current and future health.

In early 2020 Randox recognised the threat from COVID-19 and, based on almost 40 years of diagnostic experience, quickly developed a test to accurately identify the virus. Testing at scale commenced within weeks to support both the UK’s National Testing Programme and private clients. Through the enormous effort and commitment of its staff Randox was subsequently operating at a capacity of 90,000 COVID-19 samples per day, making it the most productive laboratory in the UK and Ireland and amongst the very largest in Europe. Further expansion is planned, and testing is provided for both government and private clients.

Randox is clear that better diagnostics are unquestionably critical to future improvements within healthcare, and is committed to remaining at the forefront of that field.

MEGAN NICHOLLS “ON CLOUD NINE” AFTER BIGGEST VICTORY OF HER CAREER